The Insanity of Depravity 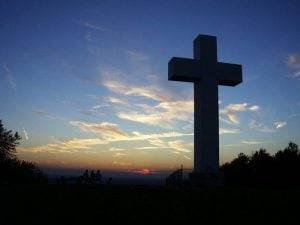 Having a Christian worldview is critical if a person is to accurately assess the things around us. Only the right paradigm, once centered in biblical truth will result in the right perspective. Accordingly, only the vantage point revealed in Psalm 14 will correctly appraise the spiritual condition of the world in which we live.

Lamenting the moral depravity of the human race, this Psalm is a wisdom poem that reveals the utter foolishness of those who try to live apart from God. In turning aside from God, people show themselves to be fools. Their problem is rooted in the sinful nature of their heart. The heart of the human predicament is the corrupt nature of the human heart. Only God’s Word provides the right diagnosis for the deadly plague that has infected the human race. The problem is sin, the futile attempt to live as if there is no God. Psalm 14 assesses the sinful condition of man and longs for the salvation that only God can provide. Written by King David, it was addressed to the director of music as a song that acted as a dirge on depravity.

Psalm 14:1-6 states “The fool says in his heart, “There is no God.” They are corrupt, they do abominable deeds, there is none who does good. The LORD looks down from heaven on the children of man, to see if there are any who understand, who seek after God. They have all turned aside; together they have become corrupt; there is none who does good, not even one. Have they no knowledge, all the evildoers who eat up my people as they eat bread and do not call upon the LORD? There they are in great terror, for God is with the generation of the righteous. You would shame the plans of the poor, but the LORD is his refuge.”

David began his diagnosis of the problem of the human race by noting, “The fool says in his heart, “There is no God.” The fool is a person who is morally perverse, not mentally deficient. The term is a synonym for the sinner and it describes everyone who has no place for God in their life. The fool’s problem is that his heart refuses the knowledge of God. In the original Hebrew, the text actually reads, “The fool says no God or no God for me.” Describing all mankind without God, David concluded that they were corrupt, meaning their human nature was rotten with sin with naturally results in their deeds being vile. Needless to say, their depraved character bore the rotten fruit of wicked conduct. What they did in conduct flowed out of who they were, specifically their character. There is no one who “does good” and as David concluded, all humanity apart from God desires to live sinfully by turning aside from God.

As the Lord surveyed mankind from above, He searched hearts to determine if there were any who spiritually understood or who had spiritual affections to seek His face. The sad reality is that all people have turned aside and are corrupt. Sin has devastated their total personality leaving their minds darkened, their emotions depraved, and their will deadened. Repeating his initial verdict in v.1 David asserts, “There is no one who does good.” The entire world is under the crushing weight of sin which leaves people incapable and unwilling to do good. The all-inclusive words “no one, any, any all, no one, not even one” clearly convey the sad universal reality of depravity.

David then turned to the outcome of such evildoers. He surmised and rightly so that they devoured God’s people as they would eat bread and failed to call on the Lord in saving faith or humble prayer. Surely God would cause such sinners to be overwhelmed with dread because they would judge them for persecuting the righteous. To oppose God’s people is to oppose God himself. Shifting from the third person to the second person, David increased his intense confrontation of the ungodly. Addressing them directly, David proclaimed “you evildoers frustrate the plans of the poor.” These evildoers might assail the poor who trust the Lord, but God would protect them because he was their refuge.

Psalm 14:7 declares “Oh, that salvation for Israel would come out of Zion! When the LORD restores the fortunes of his people, let Jacob rejoice, let Israel be glad.”

Expressing the heart cry of God’s oppressed people David cried out “Oh, that salvation for Israel would come out of Zion.” David longed for God’s deliverance of His people from evildoers who attack the righteous. He longed for the time when the Lord would establish God’s kingdom upon the earth and restore the fortunes of His people. In anticipation of that final day, a day marked by divine conquest, God’s people could rejoice and be glad because he would ultimately establish His righteous rule from Zion.

Ultimately, this Psalm calls for a right understanding of God and man. The true spiritual state of the human race apart from divine grace is a condition of the heart plagued by the corruption of sin. If anyone is to be acceptable to God, he must confess the problem of personal guilt and acknowledge his sin.

Any presentation of the gospel must include a clear testimony about sin, the wages of which is death according to Romans 6:23. Psalm 14 lucidly reveals that God is in heaven, high and exalted looking down on all mankind observing every life. He sees every heart, thought, and deed. He assesses the sinful depravity of human nature. One day He will bring His judgment on all who do not call upon him. He is holy, righteous, and just. God alone can save the sinner from the just punishment of his sin through the death, burial, and resurrection of Christ. Salvation comes out of Zion, not out of man’s efforts to commend himself toward God. He alone is a refuge in the Day of Judgment. Let all people call upon Jesus Christ who is the Savior of His people. 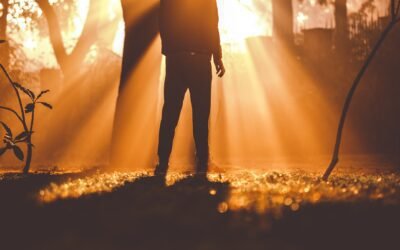