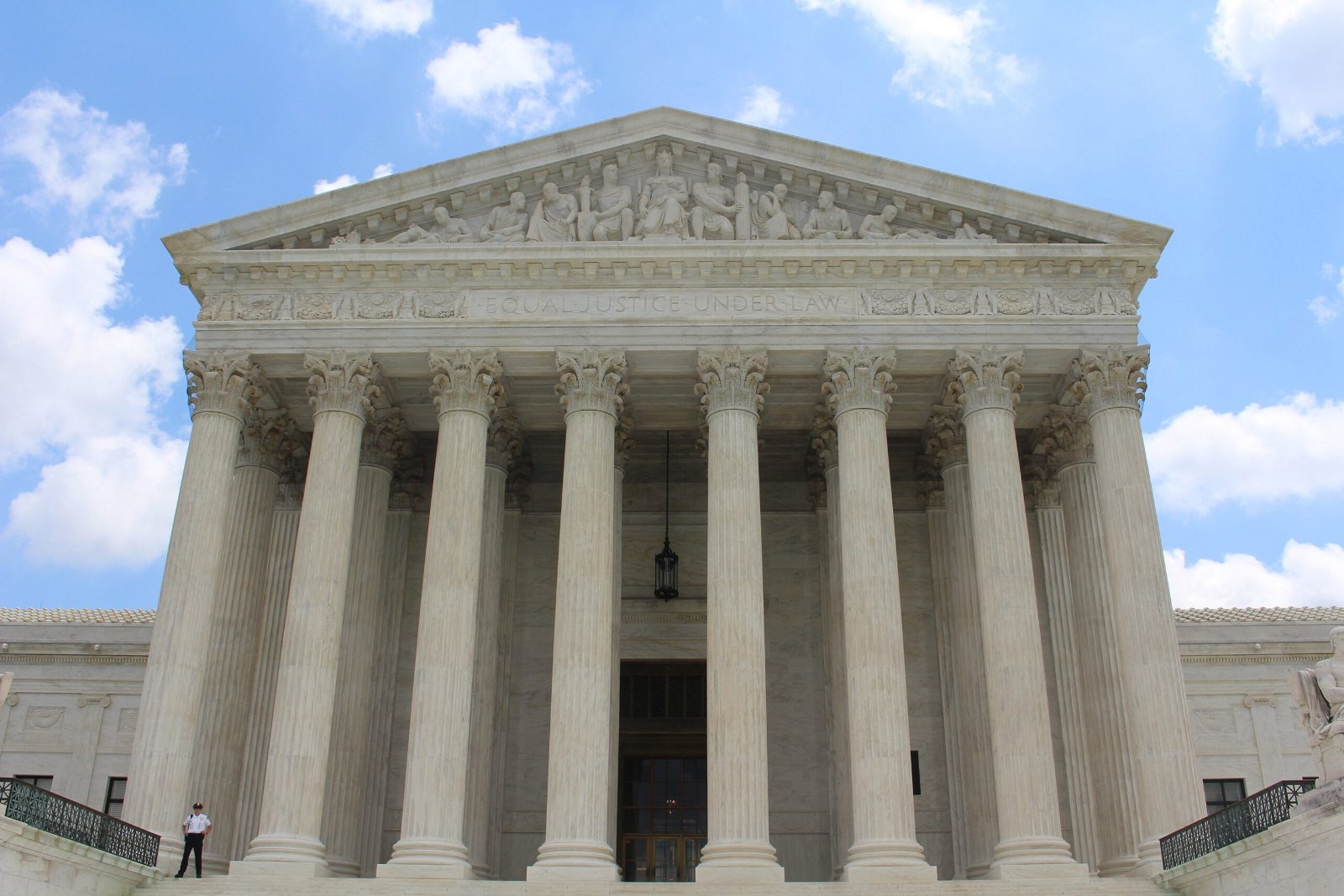 Western culture is being shaken. It is a time of significant social instability. The death of George Floyd at the hands of Minneapolis Police has unleashed a torrent of rage. Large segments of our society are demonstrating, even rioting, for something enigmatically called social justice! I say “enigmatic” because the phrase means different things to different people.

Many demonstrating for social justice are working to free the oppressed through structural change and the redistribution of wealth. Most are sincere. They want a better future. They want a more just society, and all true evangelicals share the same ultimate goals.

But is social justice really just? Is the “justice” that it seeks compatible with Christianity? Those are the questions. The answer starts with one’s definition of justice.

Both Christians and social justice warriors (SJW) agree that “justice” is profoundly important, but for the biblically minded, God’s justice, is radically different. Let’s examine three important differences. There are more.

Justice is the distribution of punishment and reward based upon a standard. Except for our mutual abhorrence of racism in every form, the standards used by Christians and social justice warriors are miles apart. The Black Lives Matters website describes their standards. Besides ending racism, it lists the termination of the nuclear family, the abolishment of patriarchy, the uplifting of black trans-women, the end of capitalism, and the redistribution of wealth.

Except for ending racism, none of these are God’s standards. God is not against material inequality. In a biblical economy, operating under the rule of law, most wealth accumulation is lawful. It is not gained through oppression. But the advocates of social justice assume that wealth is always obtained oppressively. If you have more, you are, by definition, an Oppressor. You deserve punishment.

Also, they oppose patriarchy—male leadership of the family—and the nuclear family itself. Needless to say, these are also not God’s standards.

God also has a standard of virtue. It is his law, a reflection of the beauty of his moral holiness, and he will judge us by that standard. “We must all appear before the judgment seat of Christ that each one may receive what is due for what he has done in the body, whether good or evil” (2 Corinthians 5:10). On that Day, God’s holiness (or righteousness) will be the “measuring line” by which we will be judged.

Unlike the standards of the SJW, God’s standards are immutable. They cannot be changed. They are transcendent and eternal. Without an unchanging, transcendent standard, justice is a moving target, and ultimately, the very concept of justice collapses.

Second, the individual is the subject of God’s justice. That is because “The heart is deceitful above all things, and desperately sick; who can understand it?” (Jeremiah 17:9). Therefore, it is the individual heart, not social structures, that interest God. “I the Lord search the heart and test the mind, to give every man according to his ways, according to the fruit of his deeds” (Jeremiah 17:10).

This means that the sinful external structures of fallen culture (racism, sexism, greed, etc.) are the byproduct of our collective individual heart sins. Therefore, all social change starts with me, not others. I can’t blame my sins and failings on oppressive social structures external to myself. The conclusion is that culture can only change one heart at a time—through the miracle of regeneration.

Social justice couldn’t be more different. It assumes that the individual is innocent and that society’s structures—racism, sexism, homophobia, capitalism, nuclear family, etc.—are our problem. It detests personal accountability. Therefore, the social justice movement is after “structures,” not the individual.

This delusion of moral innocence has a long history. It began when the Serpent whispered to Eve, “You shall be like God” (Genesis 3:5). The philosopher, Jean-Jacques Rousseau (1712-78), gave it a significant boost when he taught that man was born innocent but that the structures of civilization corrupted him. Tragically, Rousseau’s assumptions are foundational to modern social justice theory.

Third, God’s Justice is impartial. It is blind. “If you call on him who judges impartially according to your deeds, conduct yourself with fear” (1 Peter 1:17). Your race, education, sexual orientation, or political status will not influence God on The Day of Final Judgment. He will measure everyone by the same impartial moral standard.

By contrast, impartiality is not a goal of social justice. Instead, the end (a socialist. Utopia) justifies whatever means are necessary. Therefore, the social justice warriors get a pass. They are innocent. Their oppressors are guilty. An SJW can burn and pillage, but anyone deemed to be an oppressor will be punished for the same behavior.

In summary, Justice is distributive. The standard by which God distributes reward and punishment is his internal holiness, expressed by his law. The subjects of his justice are individuals, not social structures. God’s justice is impartial, inflexible, and perfect.

Although the goals of the social justice movement are very idealistic and well-intended, historical attempts to apply them have terminated in massive suffering. I know of no exceptions. The French Revolution, the Russian Revolution, and the Marxist revolutions in Cuba and North Korea, Cambodia, and North Vietnam, etc. were all led by men who shared the assumptions of today’s social justice warriors. These revolutions terminated in the enslavement and impoverishment of millions. Although this is not the goal of most social justice warriors, if they have their way, this is where it will end. Tragically, we have not learned from history.

The bottom line is this. The further we move from God, the less real justice Western culture will experience. We will not experience justice, but injustice on a massive scale.

The SJWs are right. Justice is important. But ultimately, God’s justice is the only justice that matters. It is eternal and unchanging. It is color blind, and we are all on a collision course with it.

Then I saw a great white throne and him who was seated on it. From his presence, earth and sky fled away, and no place was found for them. And I saw the dead, great and small, standing before the throne, and books were opened. Then another book was opened, which is the book of life. And the dead were judged by what was written in the books, according to what they had done. And the sea gave up the dead who were in it, Death and Hades gave up the dead who were in them, and they were judged, each one of them, according to what they had done (Revelation 20:11–13).

This exercise of justice is at the heart of the gospel. In fact, the cross is a demonstration of God’s passion for justice. It teaches us that all sin must be punished. That is why Jesus died—to satisfy God’s justice for all who believe.

The cross teaches a second crucial truth. There are only two kinds of people—those who believe the gospel and let God’s Son take the justice that they deserve, and those who reject the gospel. In the righteousness of perfect justice, God will judge them. They will experience eternal, conscious torment in the world to come.

Since this is the only “justice” that matters, it is the “justice” the church should emphasize. It is the justice we should preach, especially to our SJW friends. 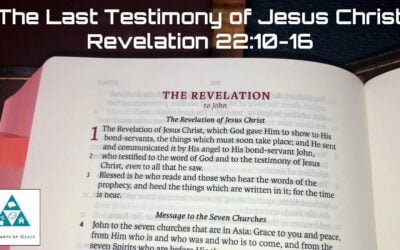 The Last Testimony of Jesus Christ

Join Dave as he continues his Revelation series looking at Revelation 22:10-16 and The Last Testimony of Jesus Christ.

Romans 3:5-7, “5 But if our unrighteousness serves to show the righteousness of God, what shall we say? That God is unrighteous to inflict wrath on us? (I speak in a human way.) 6 By no means! For then how could God judge the world? 7 But if through my lie God's truth... 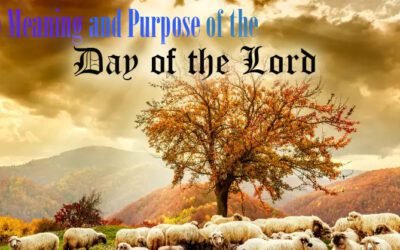 The Meaning and Purpose of the Day of the Lord

On today’s episode, a listener writes in and asks me, “What is the Day of the Lord?” What you’ll hear in this episode The Day of the Lord in Scripture. The Ministry of Malachi and Trusting the Lord. The Prophets, the Day of Visitation, and Jesus. Subscribing, sharing,... 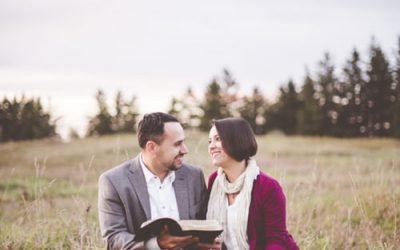 Gender Revolution and the Woman’s Role in Ministry

One of the most significant changes in human history has occurred in the past 40-50 years-the gender revolution or the blending of gender distinctions. In the words of historian William Manchester, “The erasure of distinction between the sexes is not only the most...

The Faithfulness of God

Romans 3:3-4, “What if some were unfaithful? Does their faithlessness nullify the faithfulness of God? 4 By no means! Let God be true though every one were a liar, as it is written, “That you may be justified in your words, and prevail when you are judged.” At the... 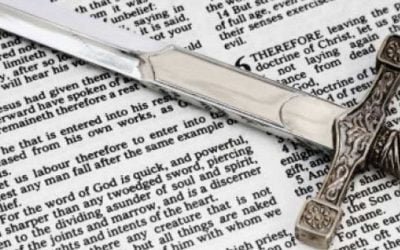 Getting God’s Word Deep In Us

God’s word feeds and fuels us. Jesus says, “Man shall not live by bread alone, but by every word that comes from the mouth of God” (Mt 4:4). As diet is critical for a healthy body, spiritual health is impossible without the nutrition of God’s Word. A regular diet of...