The Importance of Lament in the Midst of COVID-19

The Importance of Lament in the Midst of COVID-19 from Crossway on Vimeo.

It reminds me of the kinds of experiences that Jeremiah went through in his life. He loved the city of Jerusalem. It was the place, basically, where he was born, and where he had his public ministry. He saw people dying in the streets of that city. There was only one way for him to express that: in the form of lament.

That’s what you have—not surprisingly—in Lamentations. It’s a book of lament. You get the sense that it’s a lament. You know he’s discouraged, you know he’s sad—that’s evident from the opening pages of the book. The more you know about lament and how lament works, the more things really come alive to you in reading Lamentations. This seems so relevant to the suffering that we’re going through right now.

For example, large parts of the book of Lamentations are written as acrostics—going from A to Z (or from א to ת in the Hebrew alphabet). Now, what does it mean when you write a lament in acrostic? It contains all of the woe you could possibly have—nothing more could be said. In order to express the full lament you are feeling, you would have to go from A to Z to express all of it. Even knowing this literary detail and being sensitive to it tells you where Jeremiah’s is. It tells you a lot about what’s happening in the book.

Also, it’s not always customary in lament to have the strong words of hope that Jeremiah gives. When you know how a lament should go, and you can see how Jeremiah is improvising with that literary form, then when you hear him say right in the middle of the book that God’s faithfulness is great and his mercies are new every morning, there’s a message of hope there. This man was going through the greatest suffering, and he also had the greatest hope.

It’s there if you just read the book. You might love those verses and use them somewhere, but when you understand the literary form and how it works, all of the sudden you realize, Oh my goodness. This man was going through the greatest suffering, and he also had the greatest hope. And he wanted to communicate that.

This is a guest article by Phil Ryken, a contributor to the ESV Literary Study Bible. This post originally appeared on crossway.org; used with permission. 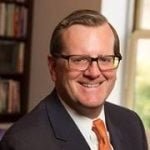