The Holy Spirit and Common Grace

Regarding the work of the Holy Spirit, MLJ divides it into two categories: “His work in general apart from the application of redemption and then His specific work in the application of redemption” (22). MLJ points out that while we often think of the Spirit’s work post-Pentecost, we must not forget that he was active in the world before (although Pentecost was certainly a “turning point”).

The Holy Spirit is at work in the creation of the world in Genesis 1:2. We also see him at work in the OT as he sustains creation. In Psalm 104, God withholds his power, and creation begins to die, but then in verse 30, we see the opposite: “when you send forth your Spirit, they are created, and you renew the face of the ground.” MLJ argues this is a picture of the Spirit’s sustaining power.

Finally, the Holy Spirit is at work in the OT as the one who applies common grace. Common grace is “the term applied to those general blessing which God imparts to all men and women indiscriminately as He pleases, not only to His own people, but to all men and women, according to His own will” (24). God sends rain on the just and the unjust. For example, common grace is when sin is restrained in society for the good of all (even unbelievers). This is a general act of the Holy Spirit of God that does not bring about salvation.

Government is an example of common grace. God has ordained that there should be leaders who bear the sword to enforce justice and the overall good of the people (Rom. 13). When unbelievers hold to certain moral principles and a sense of right and wrong, this is another example of the Spirit’s common grace, as it leads to laws in the land that benefit everyone.

One of the biggest examples of common grace, and one that we are all thankful for, is that God does not execute the judgment we deserve immediately. There is a delay in the judgment of God, which is good for sinners like us. If we were all struck down immediately the moment we sinned, then none of us would be left. However, God delays his judgment, and by so doing, allows people an opportunity to repent. Paul reminds us that “God’s kindness is meant to lead you to repentance” (Romans 2:4). While some will interpret this delay of judgment as proof that God isn’t real, others will repent and believe before the judgment comes.

While we see this work of common grace in both the New and Old Testament, the next chapter will deal with Pentecost and how the work of the Spirit is applied since that day. 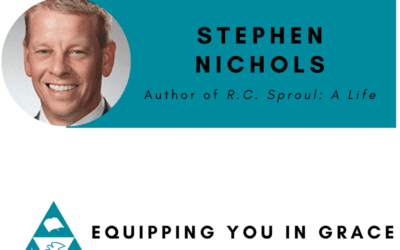