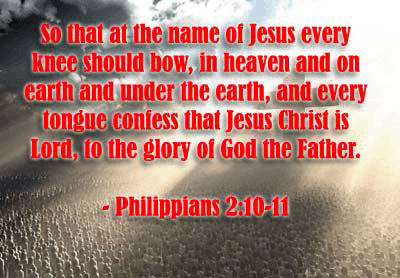 If there is one truth evangelical Protestants can all get behind, it is the holiness of God. To deny the holiness of God would be to deny the Christian faith and the Scriptures altogether. Countless studies and books have been tailored to exploring this particular attribute of God. The holiness of God is a staple in systematic theology books. Even amidst of all the various study on this doctrine, in my opinion, believers have oftentimes arrived at a shallow conclusion of what it means to be in relation to God Himself and to humankind.

When singing “Holy, Holy, Holy” in pews on Sunday mornings, it’s easy to fall in the pattern of recitation instead of glorifying God for the richness of His holiness. “Holy” is a word we hear all the time; in fact, the word and concept itself is introduced around 1,000 times in the Bible. This is very telling for two reasons. First, it shows just how integral holiness is to the whole of the Christian faith. Second, it shows that the tendency to gloss over it or take it for granted is easy. R.C. Sproul calls such behavior being “asleep to His character”.[i] Getting a clear definition of what “holiness” itself is will awaken us to what that means about God, and further, about us.

If someone were to ask you, “What does it mean for God to be holy?” what would you say? The most fundamental meaning of holy is “to cut” or “to separate”. We see the word “holy” in Scripture throughout—holy ground (Exodus 3:5), holy land (Zechariah 2:12), holy nation (1 Peter 2:9), etc. Such language is used to indicate a complete “otherness” about these things; they are so separated that they are distinct from a normal ground, land, nation, etc. When we apply holy to God, we’re saying the same thing. God is transcendentally separate from mankind, from the world, even time and space itself. He cannot be bound by any of these faculties because He is completely separate and “holy” to them. Further, God is so “other” than us when it comes to His morality; He’s not just better than us, but totally and completely set apart (1 Samuel 2:2).

The holiness of God is a twofold principle, like two parallel lines running eternally long. As Herman Bavinck observes, “The same holiness that is the principle of deliverance and the object of praise is, for those who violate it, a principle of destruction and the object of dread.”[ii] Bavinck elaborates, “When Israel breaks his covenant, desecrates his name, and violates his laws, it is precisely God’s holiness that incites him to mete out punishment. His holiness demands that Israel be holy.”[iii] God is so holy, so “other” than us, that it not only invokes shouts of praise, but compels us to hail it high or suffer the consequences.

The holiness of God is unique from His other attributes. God never calls us to be sovereign, eternal, immutable, or omnipresent. He does call us to be holy, and He does so often throughout Scripture. We might hear “be holy” and start thinking about how to do better or to clean our act up. Christian, you must remember that to be holy is, at its core, to strive to be separate (2 Timothy 1:9). As God’s elect and royal priesthood, we have been set apart from the rest of mankind. We aren’t called to holiness to attain God’s favor, but to make much of His glory through our election (Deuteronomy 7:6). As A.W. Tozer put it, “Holiness, as taught in the Scriptures, is not based upon knowledge on our part. Rather, it is based upon the resurrected Christ indwelling us and changing us into His likeness.”[iv] God’s holiness is the agent in making His people holy.

Living a life of holiness does not look like a moral marked checklist, but exhibits itself when a lost world sees the “otherness” of the body of Christ and the gospel it proclaims and wonders with the Philippian jailer, “What must I do to be saved?” (Acts 16:30). Unbelievers will not be intrigued by moral perfection—in fact, they’ll probably consider it to be snooty or legalistic—but they will be intrigued when they see the all-sufficiency of Christ, and that is what we must strive to display.

What Will Our Response Be?

The holiness of God is a causal attribute, in that, believers are compelled to respond when they are awakened by it. At our core, we must do nothing more than fall on our knees and cry out, “Holy, Holy, Holy,” to the One who deserves such admiration. We should not only praise His holiness, but express thanksgiving for it, that God took seriously His character to the point where His glory is His chief end. For without such emphasis on His glory, salvation itself would be impossible. We are not only moved to praise and give thanks (Psalms 99:5), but we cry out for judgment and weep for the lost in response to His holiness (Isaiah 5:16). Finally, we are careful to live as holy, set apart, distinct sons and daughters of the King, not striving for legalistic perfection but pointing to Christ as our all-sufficient Savior and Keeper.
References:

[i] Sproul, R.C., Choosing My Religion