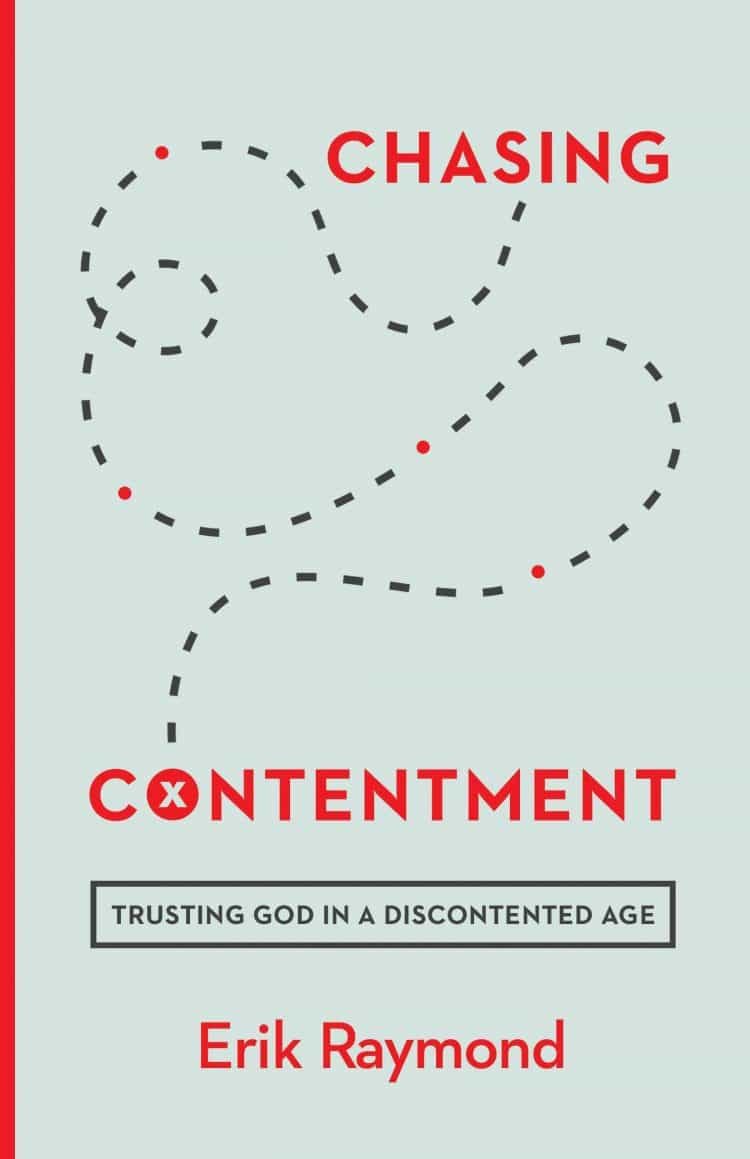 Soon after I was converted, I noticed that Christians often talked in what seemed like a foreign language. They tossed words around that I’d never heard before and leaned on concepts that were entirely unfamiliar to me. Having not grown up in a Christian home, I felt a bit lost, even though I had recently been found. So I asked a lot of questions, but mostly I asked why. Gracious brothers and sisters would smile and patiently answer my questions. I am so grateful for the many people who endured my questions with grace and love.

More than fifteen years later I’m still asking why. When we come to a topic like contentment, it seems like people generally know the answers to the questions. If we were to walk into ten Bible-believing churches and ask, “Are Christians supposed to be content?” most people would probably say yes. But what would they say if we asked them why? Some might say they don’t know, but others would probably say that the Bible says so.

Why should I be content in God? And how do I do it? What’s the big deal if I don’t? What is competing with my contentment? And why is it competing with it? You see, there is a lot more to the why question than simple church-speak. God is a big God. Not only can he answer our questions, but he delights to.

We need to think biblically and carefully about this topic. When we do, we quickly realize that contentment is something we greatly desire but find elusive. This struggle is not unique to a few restless souls; it is common to us all. However, we are not without a framework for it. In fact, our universal restlessness and pursuit of a soul-steadying experience reveals a fascinating insight into our humanity: we were created to be content. C. S. Lewis astutely observed that the presence of an unsatisfied, unabated longing would seem to indicate that we were created to be satisfied by something from another world. In other words, the world and how we experience it cannot bring the bubble into the center of the level. Left to our natural inclinations and patterns, we will always be restlessly off-center.

The key to experiencing contentment is learning where it comes from, why it is elusive, and how to get it.

Where Does Contentment Come From?

Imagine traveling back to the very beginning of time. Just to the left of the words “in the beginning” in Genesis 1:1, there is no creation yet—no earth and no people, animals, plants, or oceans to fill it. We see nothing. But that does not mean that nothing exists. We know from the Bible—even from the earliest words in Genesis—that God existed prior to creation and brought it about by his sovereign will (Gen. 1:1). But what was God doing? Where was he? What was he like? Was he bored? Lonely? Insecure?

Before we can answer these questions, there’s a more fundamental question: who is God? The Bible teaches us that God is one. That is, he is one in his essence or being. At the same time, God exists in three distinct, coequal, and coeternal persons who glorify and enjoy one another. These three persons are the Father, the Son, and the Holy Spirit. We call this one God in three persons the Trinity. When we peer over the fence prior to Genesis 1:1, we find ourselves looking in on one God who exists in the beautifully diverse and unified community of the Trinity. We are looking into what Fred Sanders calls “the happy land of the Trinity.”

Who do we see when we look over this fence? The Scriptures tell us much about God that helps to inform and shape our understanding of him.

God is eternal. This simply means that God has no beginning and no end. He is not bound by time but “sees events in time and acts in time” (see Ps. 90:2).

God is independent. God does not need anything or anyone. He is self-sufficient. As Louis Berkhof states, “God has the ground of his existence in himself and, unlike man, does not depend on anything outside of himself. He is independent in his being, in his virtues, and actions, and independence causes all his creatures to depend on him. The idea is embodied in the name Jehovah”4 (Acts 17:25; Rev. 4:11).

God is love. At its heart, love is about giving rather than taking. God’s self-giving love is so essential to his character that John declares, “God is love” (1 John 4:8). We often think of God’s love expressed to his creation (and rightly so), but we should not overlook God’s love prior to creation. In his High Priestly Prayer, Jesus cited the love he had with his Father before the foundation of the world (John 17:24). He also disclosed that a reason for his obedience to the Father’s will was that the world would know that he, the Son, loves the Father (John 14:31).

God is committed to his glory. Because God is God, he is committed to having his glory (worth, renown, fame, or value) seen and savored. This means that everything God does is with the goal of communicating his glory. That includes intra-Trinitarian and extra-Trinitarian communication—expressions of God’s glory within the eternal Trinity and the revelation of his glory throughout history. God pursues and promotes his infinite worth and beauty in every instance (Isa. 42:8).

When we put this together, we see that God has neither beginning nor end and is unchanging, self-sufficient, overflowing in self-giving love, and unflinchingly committed to his own glory. To put it another way, we could say that God is and has forever been perfectly content in himself.

Have you ever thought of God as being content? It is pivotal for us, as we strive to learn contentment, that we see God in this light. The Bible portrays him as both the object and the model of contentment. He is content in himself, and he shows us that the only way to find contentment is in him. Therefore, as we peer over the fence into the mysteriously “happy land of the Trinity,” we see the God who is perfectly content in himself.

Erik Raymond is the senior pastor at Emmaus Bible Church in Omaha, Nebraska. He and his wife Christie have six children. You can follow him on Twitter.