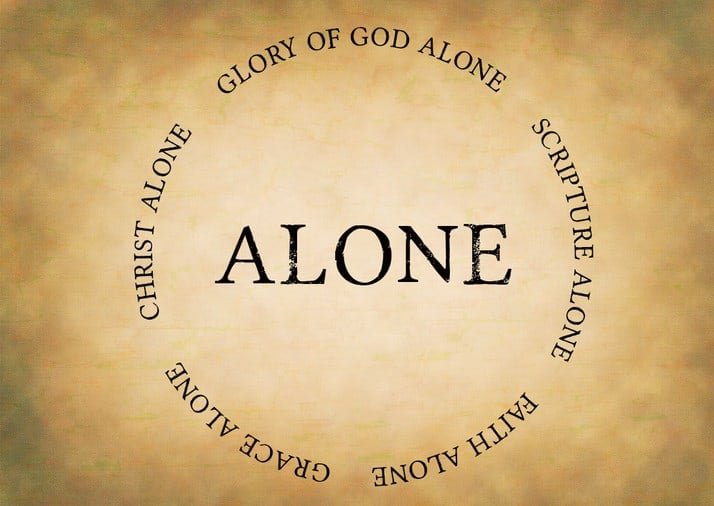 The Five Solas of the Reformation and Their Importance Today

by Dave Jenkins | Oct 31, 2017 | 500 Years of the Reformation: Why We Need Revival and Reformation Today, Featured, Theology For Life

The Reformation in the 16th century is long known as a religious renewal movement, which we refer to today as the Protestant Reformation. This movement is known to have changed the course of Western civilization, but what is often not understood about this event is that no one single man caused it. For example, it didn’t begin with Martin Luther (1483-1546) when he posted his Ninety-Five Theses on the church doors of Wittenberg on October 31st, 1517.

Luther’s “Tower Experience” is said to be where he came to grasp the definitive doctrine of the Reformation: justification by faith alone. It’s also important to note that the Reformation grew out of earlier attempts for renewal, the most notable of which was led by Peter Waldo (1140-1217) and his followers in the Alpine regions—i.e. John Wycliffe (1324—1384), etc.

Along with these two men, the Lollards in England (those without an academic background), and John Huss (1372-1415), and his followers in Bohemia are also significant figures in the Reformation. All of these men and many more are called forerunners of the Reformation—rather than Reformers—since, although they anticipated many of the emphasis of the Reformation, they lacked a complete understanding of the critical doctrine of justification by faith alone. While the intent of Luther’s Reformation was originally to purge the Roman Catholic Church of its abuses, the Lord expanded this Reformation reach and influence into other regions and throughout the coming centuries. And it’s five core teachings are as valuable today as they were in the 16th century.

The Reformers taught what is known as the “Five Solas”: Scripture alone (Sola Scriptura), faith alone (Sola Fide), grace alone (Sola Gratia), Christ alone (Solus Christus), and glory to God alone (Soli Deo Gloria). Dr. Joel Beeke notes, “The first of these battle cries deals with the fundamental issue of authority, the middle three deal with the basics of salvation, and the final one addresses worship.” [i]

The Importance of the Five Solas for Today

In the past few years, researchers have been hard at work studying problems in the American Church. One study done by sociologist Christian Smith, and his fellow researchers with the National Study of Youth and Religion, came to conclude that American’s youth believe in a philosophy called “moral therapeutic deism”. Smith and his research team define this in the following ways:

This definition is significant for several reasons. The decline of mainstream American denominations came about as a denial of the authority of the Bible. When the authority of the Bible is diminished, there is no standard for faith and practice. Thus, a return to the first Sola—Sola Scriptura—should be our battle cry. The Scriptures are the inspired, inerrant, authoritative, and sufficient Word of God. When the Bible speaks, God’s people should hear, heed, and obey the Word by His grace. Not only this—the Bible proclaims the Truth of the other Solas, namely that salvation is by grace alone through faith in Christ. Man has not been saved for his own purposes, but for God’s purpose and glory. Thus man’s greatest need is indeed Christ. As Charles Spurgeon said, “I have a great need for Christ, I have a great Christ for my need.”

The greatest need of the Church has always been reformation around the Word of God. Thus, undergirding these Five Solas is Ecclesia Semper Reformanda est, which means, “the church (is) always to be reformed”. The Word of God stands over us—individually and collectively. This is why the Church must always be a listening to the Word. Romans 10:17 states, “Faith comes by hearing, and hearing through the word of Christ.” Michael Horton notes:

“Personally and corporately, the church comes into being and is kept alive by hearing the gospel. The church is always on the receiving end of God’s good gifts as well as His correction. The Spirit does not lead us apart from the Word but directs us back to Christ as He is revealed in Scripture. We always need to return to the voice of our Shepherd. The same gospel that creates the church sustains and renews it.”[ii]

Rather than being restrictive, Ecclesia Semper reformanda est undergirds the Five Solas by providing a foundation on which they can stand. The Church exists because of Christ, is in Christ, and is for the spread of the glory of Christ. As Horton further notes:

“When we invoke the whole phrase — “the church Reformed and always being reformed according to the Word of God” — we confess that we belong to the church and not simply to ourselves and that this church is always created and renewed by the Word of God rather than by the spirit of the age.”[iii]

The Five Solas provide the foundation for a robust and genuine evangelical faith and practice. My prayer is that the Lord would daily renew in His people a love for what He loves—a love of His grace, proclaimed in His power from every pulpit throughout the land, and from every mouth and tongue of His beloved for His glory.