The Elder’s Charge and Heart

1 Peter 5:1-3, “So I exhort the elders among you, as a fellow elder and a witness of the sufferings of Christ, as well as a partaker in the glory that is going to be revealed: 2 shepherd the flock of God that is among you, exercising oversight, not under compulsion, but willingly, as God would have you; not for shameful gain, but eagerly; 3 not domineering over those in your charge, but being examples to the flock.”

It seems odd that I am writing on this particular passage of Scripture, seeing as how I am not an elder, nor have I ever been one. It feels necessary to make that caveat. Although I do aspire to be one; and, by God’s sovereign grace, I have been under the leadership of several faithful elders in the two churches I have been a member of since becoming Christian. My wife and I were shepherded faithfully by the elders of Third Avenue Baptist Church in Louisville, KY for one year while we lived in that city. We have been shepherded faithfully by the elders of CrossLife Church in Russellville, AR for nearly six years now. My point is to say that I want to write on this passage addressing elders in humility, from a spirit of gratefulness to God for raising up such men to lead and care for his flock.

It would be irresponsible to dive into 1 Peter 5 and attempt to understand precise ly what is taking place before we explain several important things about this passage. The first word is “so,” or “therefore” in some translations, which implies that Peter is addressing the elders in light of something he has previously said. So, my encouragement would be read to all of 1 Peter and the other articles written throughout this series.

To put it in brief terms, Peter just finished up chapter 4 talking about the coming judgment of God. In light of such a significant reality, he turns to these elders and exhorts and reminds them of their task. He begins his exhortation writing, “So I exhort the elders among you, as a fellow elder and a witness of the sufferings of Christ, as well as a partaker in the glory that is to be revealed”(1 Peter 5:1) Notice the humility and the encouragement packaged within the charge. He writes as a fellow elder and reminds them of the sufferings of Christ. He reminds them of his and their status as partakers in the glory that is to be revealed. Here, in the midst of this weighty exhortation, Peter reminds the elders of the glorious hope they have, bought for them through the sufferings of Christ. If elders are to remain faithful and steadfast in their task, they must find hope in looking to their reward, Christ Himself.

So here is Peter’s charge: In light of the coming judgment, “shepherd the flock of God that is among you, exercising oversight,” (1 Peter 5:2).). What does this phrase mean? Why is this Peter’s primary exhortation? Because this is the role of every elder. This is what God has called them to do. Just as God told Peter, so He tells every appointed elder in every local church today: “Feed my lambs. Tend my sheep. Feed my sheep,” (John 21:15-17). The elders do this out of love for the Lord and for His bride, the church! The Greek word translated “shepherd” that elders should nourish and cherish the flock. Oversight refers to the elders looking upon and caring for the congregation.

Shepherding, as an elder, at its core, includes a deep devotion to the Word of God and prayer (Acts 6:4). Yet it also includes more than this. Elders don’t get to step out of the pulpit and then distance themselves from the flock. Peter intentionally uses the word among. Shepherding the flock of God that is among you entails being in fellowship and meaningful relationship with the flock. It entails knowing them and being known by them. Time would fail me to explain in-depth the blessing and weightiness of this monumental task of shepherding. For now, we must, as Peter does in the passage, shift to the manner in which the task of shepherding is to be carried out.

Not This, But That

In the latter part of verses 2-3, Peter details explicitly both the wrong and right motivations and attitudes toward shepherding. He uses a literary device known as negative-positive restatement to help convey the message.

First, Peter says shepherding is to be done “not under compulsion.” In other words, fellow elders or even the congregation should not have to twist one’s arm for them to be obedient to this God-appointed task. An elder should not have to be forced to do the work of ministry. This is a word to all local church members and elders: do not appoint those who are not willing to care for or teach the flock. Titus 1:9 and 1 Timothy 3:2 explicitly state that elders, or overseers, are to be “able to teach.” Implicit in the ability to teach is a willingness to teach.

In contrast, Peter says elders should shepherd the flock “willingly, as God would have you.” Some of God’s greatest gifts to his church are faithful elders who love shepherding and caring for the hearts and souls of their congregation. This task, though weighty and difficult, brings them great joy. They shepherd, not merely from a sense of duty, but out deep love. Faithful elders delight in leading and loving the flock and seeing them grow in Christ. They strive with joy to “present everyone mature in Christ,” (Colossians 1:28). Another practical piece of advice: typically churches should recognize and appoint as elders those who are qualified and already doing elder-like work and would gladly continue to do so even without the title.

Second, Peter says elders should not shepherd motivated by “shameful gain.” This is a much-needed word for the church today. Elders must not be “lovers of money” or “greedy for gain,” (1 Timothy 3:3, Titus 1:7). Perhaps even more prevalent in this day is the desire for gain in the form of platform and celebrity status. Young men preparing for ministry are often desiring to be plenary speakers at conferences more than they desire to serve in the nursery rotation. This demonstrates a fundamental distortion of reality and a misunderstanding of what shepherding truly is.

Mark Clifton, speaking specifically toward the SBC, gave an eye-opening statistic when he said, “All the men who preached to more than 1,700 on Sunday could fit into one jumbo jet. All the men who preached to less than 250 would overflow Royals Stadium.” Megachurches, conferences, panel discussions, and events of that nature certainly have their place. The Lord has used many conferences and the speakers at them to encourage me in the faith. They often do great work, yet they are not the norm. If platform and wealth are what motivates those going into ministry today, no wonder so many leave within the first five years. Gain, whether it be money, status, or even authority, should never be a motivation or desire of those serve in the office of elder. Rather, Peter says, let elders shepherd the flock “eagerly.” This seems to build on the willingness of the elder. Not only is an elder to be willing, but he ought also to be eager to shepherd. Faithful elders are those who teach, love, pray for, and watch over the flock with alacrity. A helpful way to further cultivate this eagerness when hardship comes is by remembering the love Christ has for his people, that he obtained his bride with his own blood (Acts 20:28).

Finally, Peter states that elders ought not to be “domineering over those in your charge.” The charge elders are given is not to be lorded over those under their care (Matt. 20:25, Mark 10:42). Naturally, man already has a negative view of authority. The authority of the elders should not further contribute to those negative views. Perhaps the most dreadful scenario for elders today would be to hear the same word of the Lord the shepherds of Israel heard through the prophet Ezekiel: “The weak you have not strengthed, the sick you have not healed, the injured you have not bound up, the strayed you have not brought back, the lost you have not sought, and with force and harshness you have ruled them,” (Ezekiel 34:4)

Rather than domineering over the flock, elders are to “be examples to the flock.” Paul, writing to a church-ridden with division and sexually immorality, says his aim in his authority is “not that we lord it over your faith, but we work with you for your joy, for you to stand firm in your faith,” (2 Cor. 1:24) Paul also writes to the churches of Philippi and Thessalonica, calling them to “join in imitating me (Paul)” and explaining how he was giving them “an example to imitate.” Elders are called to “be models of good works, show integrity, dignity, and sound speech” and set for believers an example “in speech, conduct, love, faith, and purity,” (Titus 2:7, 1 Tim. 4:12). In order for elders to be an example to the flock, they must follow the example of the chief Shepherd who came not to be served but to serve, and to give his life as a ransom for many (Mark 10:45). 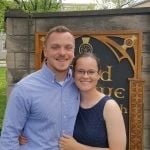