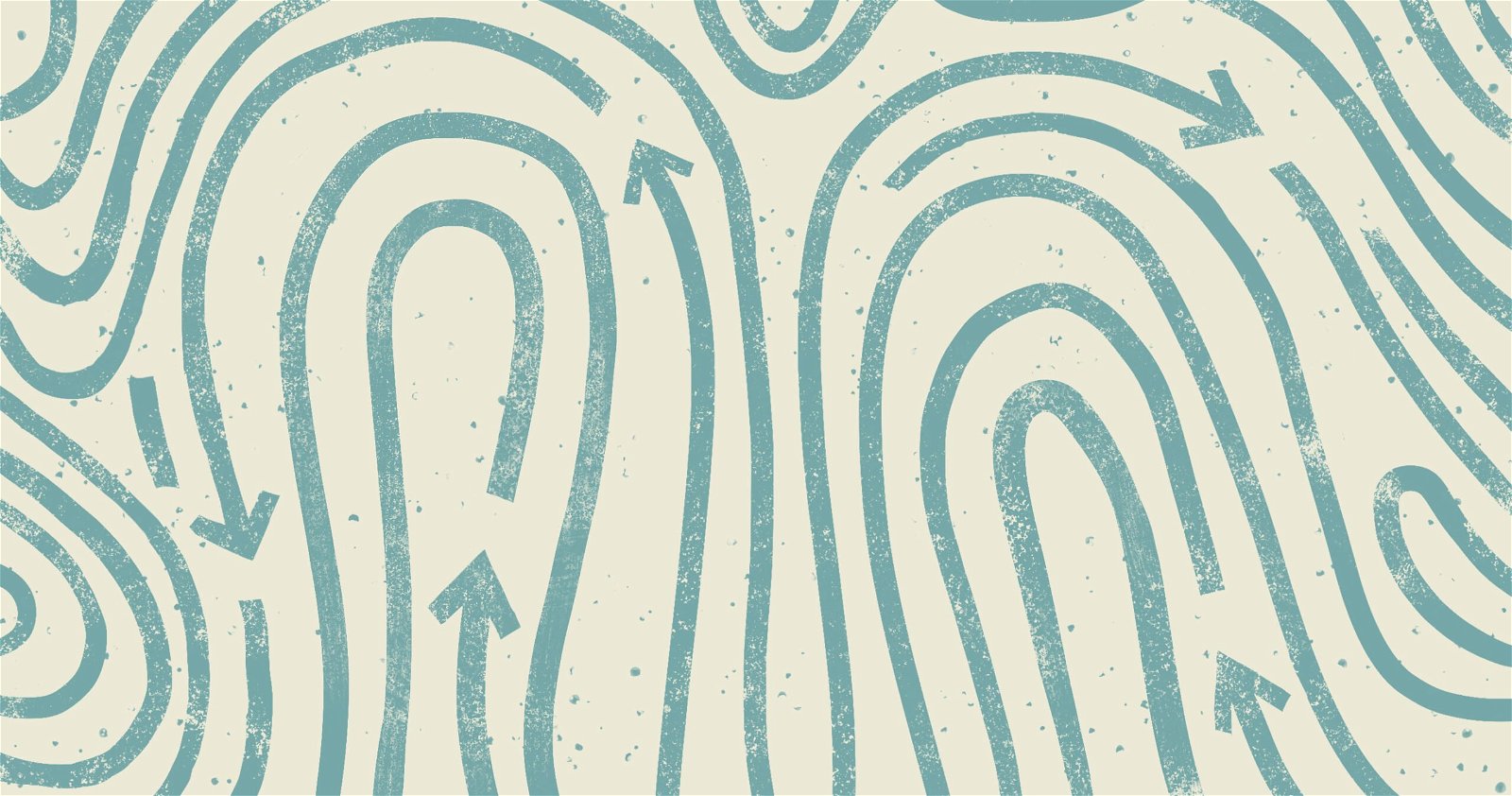 The Crushing Freedom of Decision-Making

Sometimes things become so much a part of the fabric of our lives that we don’t even recognize them. Decisions are chief among them. They are so ubiquitous that we tend to drown out their prevalence and significance.

In a self-initiated experiment, I decided to keep a running tally of the number of decisions I made throughout an average day. Before my feet even hit the ground, I had counted four: Do I sleep five more minutes? Do I shower now or after my morning walk? When should I take the dog for a walk? What shall I wear today?

Next, I stared down a significant breakfast decision. I landed on cereal but then had to decide which cereal, which bowl, and which milk. As soon as those decisions were settled, I faced coffee decisions: travel mug or regular mug? Sugar or Splenda?

At this point, I had been awake only three minutes. Where will I sit to spend time with God? Should I journal or read the Bible? Assuming I decide to start with reading the Bible, where shall I read this morning? How many verses? We are only ten minutes into the day. Suffice it to say that after an hour I promptly quit the exercise, utterly overwhelmed by the sheer number of decisions that make up an ordinary day.

If you are not convinced by my experiment, I’d like to invite you into a short trip to the local grocery store. We aren’t shopping for a Thanksgiving meal. We only need the ingredients for an apple pie. Sounds simple enough, right? Before we even get to the store, we must decide which parking spot to choose based on which entrance we will walk through. Then we must choose whether to get the wonky-wheeled shopping cart or risk nearly breaking our wrists carrying a basket. Friends, we are not yet fully in the store. We approach the produce section with a simple need: apples. What used to be a semi-simple choice between green or red has become a complex decision these days. Pink Lady, Gala, Red Delicious, or Fuji? Organic or regular? Next comes flour. Almond flour? Whole wheat flour? Enriched flour? Store brand or name brand? Regarding eggs, we have an entire endcap from which to choose. Regular eggs, organic eggs, free-range eggs, and local eggs (and every possible combination of these categories). I won’t belabor the point. You live in the same world I do. We experience the same decision-making fatigue. Thus far we are only making an apple pie. We have not even broached the subject of the weightier decisions of life.

The Dizziness of Decisions

Søren Kierkegaard, the Danish theologian and philosopher, once said, “Anxiety is the dizziness of freedom.” If grocery store decisions make us dizzy, the more significant decisions of our lives cause deeper and more disorienting anxiety. One of the unanticipated weights of living in an age of unprecedented freedom is the anxiety that comes as its counterpart.

In the past (and in other cultures in the present), freedom was much more limited. Most children were not able to choose a calling or direction. They would learn the family trade that had been passed down from generation to generation. Likewise, it was assumed that they would remain in the hometown that the family had lived in for generations.

My parents-in-law were born in neighboring villages in Kerala, India. My amma had two career choices: nurse or teacher. When my appa was young, he knew he would study engineering as his father and uncles had. Amma and Appa did not even play a primary role in choosing to marry one another; their parents arranged their marriage. The second time they met, they were walking down the aisle and into their future. After having twins (one of whom is now my handsome husband), they emigrated to the United States in search of a better future and more opportunities for their children.

Flash-forward twenty years. My husband and I sit around Amma and Appa’s kitchen table in Austin, Texas, with our three children. My middle son has been tasked with preparing a heritage report for his class. We huddle around the table as a captive audience as my son interviews my in-laws. When asked about their childhood in India, both Amma and Appa smile as they reminisce. “It was so carefree; we played all the time. We did not have the stress and the worry. We were just children.”

My children have far more choices than Amma and Appa had at their age. They can choose from five different club soccer teams. They select multiple elective courses even at their elementary school. Shows, books, and role models regularly remind them to be whoever and whatever they want to be. For now, these promises of choice and freedom sound alluring. However, in less than ten years my oldest son will likely be graduating from college. Suddenly the freedom to be and do whatever he wants will transform into the intense, crushing anxiety that is the dizziness of freedom. Professors and well-intentioned friends will be asking him a litany of questions. What are you going to do when you graduate? To which graduate schools have you applied? Where will you live?

I imagine I don’t have to convince you of the dizziness of decisions or their power to shape our lives. You are likely living in the crosshairs of critical decisions. Perhaps you are wondering which path to take, which church to choose, or which spouse to marry. No matter what decision you are deliberating, the incredibly good news is that the Scriptures offer guidance for believers making decisions.

God graciously stamped humanity in his image, giving us the ability to make decisions (Gen. 1:27). By his very nature, God is self-revelatory, meaning he wants to be known, seen, worshiped, and followed. God is not a divine clockmaker who created the universe and then stepped away to let it run. Rather, he has intimately involved himself in his creation from the beginning.

Even after God’s people alienated themselves from him through their sin, God moved toward them and directed them (Gen. 3:8–10). He created for himself a people whom he would lead (Gen. 12:1–9). He sent prophets to speak to them, priests to atone for them, and kings to lead them. His engagement with his decision-making people came to a culmination in the incarnation of Christ (John 1:6–14). Christ made the invisible God visible in a tangible way (Heb. 1:3). Christ walked this earth and experienced the daily decisions of life. Though he was tempted in every way as we are (Heb. 4:15), he made every decision considering the favor of his father. He chose to follow God even when that choice meant death on a cross (Phil. 2:8).

Through the life, death, and resurrection of Christ, believers are invited into the freedom of making decisions as children of God. Rather than following the whims of their heart, believers are invited to place the desires of their hearts alongside the word of God as a ruler. God’s word, God’s Spirit, and God’s people are intended to help instruct us in the series of decisions that constitutes life.

This is a guest article by Aimee Joseph, author of Demystifying Decision-Making: A Practical Guide. This post originally appeared on crossway.org; used with permission.

Aimee Joseph has spent many years directing women’s discipleship and ministry at Redeemer Presbyterian Church and in Campus Outreach San Diego. She and her husband are currently in the process of planting Center City Church in their neighborhood. You can read more of her writing at aimeejoseph.blog.