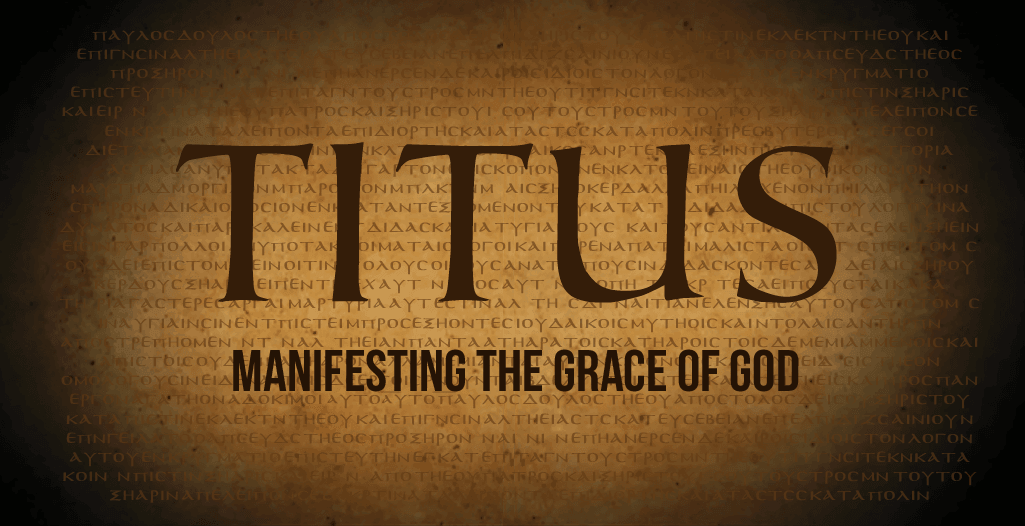 The Conduct of the Christian 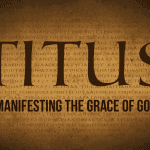 
Titus 3:1-3, “Remind them to be submissive to rulers and authorities, to be obedient, to be ready for every good work, 2 to speak evil of no one, to avoid quarreling, to be gentle, and to show perfect courtesy toward all people. For we ourselves were once foolish, disobedient, led astray, slaves to various passions and pleasures, passing our days in malice and envy, hated by others and hating one another.”

To the directions for the promotion of the spirit of sanctification in congregational life (chapter 1) and in family and individual life (chapter 2) are now added what we find in Titus 3:1-3.

Although believers, being heavenly-minded looking forward with joy to the Day of the glorious appearing of Him who bought them with His own precious blood, they must never forget their duty here on earth. Titus must remind them of this (II Tim.2:14), in order that at all times they may be good citizens and good neighbors.

The expression “remind them to be submissive” implies that Paul had talked to the Cretans about this important matter while he was with Titus on the island (II Thess. 2:5). From the writings of Polybius and of Plutarch appears that the Cretans were fretting and fuming under the Roman yoke. It is possible, therefore, that this circumstance had something to do with the precise nature of the present “reminder.” It has been pointed out by several commentators that while Timothy at Ephesus was ordered to see to it that believers cease not to pray for rulers, Titus is told to remind the Cretans to be “submissive” to them. At any rate, the Christian message will be ineffective unless, in obedience to the fifth commandment in its broader meaning, believers “render unto Caesar the thing that are Cesar’s, and unto God the things that are God’s.”

To those, then, who not only actually rule but as such have also been invested with divine authority (Rom. 13:1)—hence, “to rulers and authorities” believers must not only in a general way outwardly subject themselves but must even be inwardly obedient, carrying out with a willing heart all the particular commands; for example, those with respect to paying taxes, being orderly in behavior, displaying honesty in business, etc.

Not only that, but whenever the need presents itself—think of epidemics, wars, conflagrations, etc.—believers must be ready to show their good spirit, in thorough co-operation with the government which protects them. They must be “ready for every good work”. The expression “ready for every good work” forms a natural bridge between the duties which believers owe to their government and those which they owe to their neighbors.

In the five requirements that follow, a climax is clearly observable. It stands to reason that believers should never revile anyone (1 Timothy 6:4). Not many believers will even need such a reminder. Insulting and abusive language is surely out of place for anyone, certainly for believers.

A more stringent requirement is the one which demands that believers be not even contentious or quarrelsome (1 Tim. 3:3). But more than the absence of a vice is expected from them. A positive virtue must display itself in all their contacts with those outside the church: Christians must be genial (1 Tim. 3:3), that is, ready to yield personal advantage, eager to help with the needy, kind to the weak, considerate toward the fallen, always with the words “showing all mildness (II Tim. 2:25) toward all people.

Titus 3:3, “For we ourselves were once foolish, disobedient, led astray, slaves to various passions and pleasures, passing our days in malice and envy, hated by others and hating one another.”

Reflecting upon our own former condition makes it easier for us as Christians to be mild and kind towards others. Notice what Paul says here, “For we ourselves were once foolish, disobedient, led astray, slaves to various passions and pleasures, passing our days in malice and envy, hated by others and hating one another.” Paul, too, had been a slave of sin. To be sure, he had been zealous for the traditions but at the same time he had been persecuting the Church (1 Tim. 1:13; Gal. 1:11-17). The merciful inclusion of oneself is very effective and appealing. It causes the reader (Titus) and the hearers (The Cretan believers when the letter is read to them) to feel that the writer is standing on common ground with them and understands them (Titus 1:4; 1 Thess. 5:8; Rev. 1:9). The sharp contrast between what men were in their state of sin and what they have become since they entered the state of grace encourages gratitude to God; hence also goodwill toward the neighbor who was made in God’s image.

We are not surprised, then, to notice that over against the seven virtues mentioned in verse 1 and 2 of Titus 3, showing what Cretan believers should be, are placed and equal number of vices in verse 3 showing what we once were.

We were once foolish not only ignorant, but by nature actually unable to discern the things of the Spirit (1 Cor. 2:14; Rom. 1:21; Eph. 4:18). Disobedient to both divine and human authority (Titus 1:6, 10; 3:1), heeding neither the voice of conscience nor the admonitions of parents or the laws of civil magistrates. Deluded (2 Timothy 3:13), made to wander from the truth, living in a world of unreality, imagining that license is liberty. Though we considered ourselves to be free, we had become slaves.

Slaves to various passions and pleasures, allowing these strong evil desires to dominate our life and conduct. The world apart from Christ passes in view, and what a sorry spectacle it is. Here “we” come: the glutton and the spend-thrift,  the sports-worshiper and the sluggard, the fraud and the rapist, the “sheep” and the “wolf.” Some serve one master, some another, but by nature all are slaves to those terrible drives which they have never learned to control, and which, according to some modern psychologists they should not even try too strenuously to hold down.

We were living with malice and envy. This malice is not mere mischief. No, it is badness, perversity, wickedness; especially the evil disposition of the mind. One of its most soul-destroying manifestations is envy, an evil which, as probably etymology of the Greek word implies, causes one to waste away. Has not envy been called the vice whose rage nothing can allay, “the eldest” born of hell? Does it not “feed on” the bones’? (Prov. 14:30).

Our English word envy is from the Latin in-video, meaning “to look against,” that is, to look with ill-will at another person because of what he is is or has. Jealousy, it has been well-said, is afraid of losing what it has; envy hates to see another person have something. It was envy which caused the murder of Abel, threw Joseph into a pit, caused Korah, Dathan, and Abiram to rebel against Moses and Aaron, made Saul pursue David, gave rise to the bitter words which “the elder brother” (In the Parable of the Prodigal Son) addressed to his father, and crucified Christ. Love though never envies (1 Cor. 13:4).

“hated by others and hating one another.” In the New Testament the word used in the original occurs only here, but Philo the Jew (20 B.C.-AD 50) also uses it. The unconverted sinner by means of his attitude to God and man causes loathing. Hence: hating each other. This is the natural result when detestable people in all their gruesomeness are nevertheless forced somehow to live with each other and to meet each other in a hundred different ways. Paul’s point here is we were once these people, so we should not be too hard on the people who are still in that condition. This should motive us to live godly lives and to have godly conduct in order to win make, mature, and multiply disciples to the glory of our Risen Lord and Savior Jesus Christ.