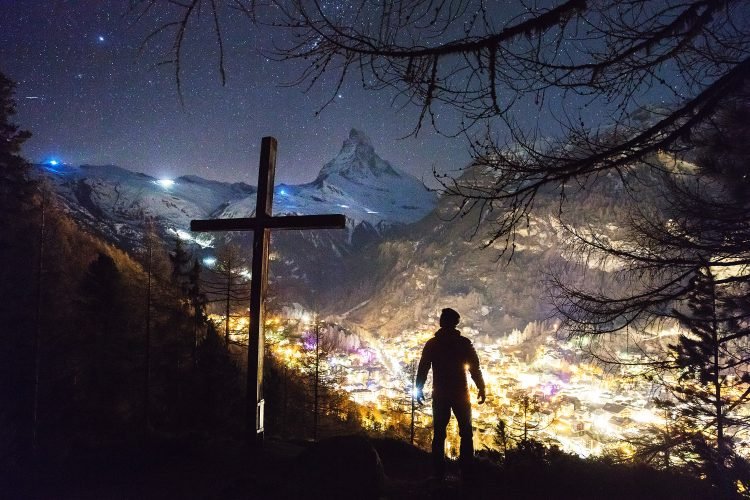 Over the course of the past century, Canada has seen the prohibition of alcohol and its repeal, the legalization of abortion, the legalization of euthanasia, and, in the summer of 2018, it will see the legalization of marijuana for recreational use. Events like these spark new discussions of ethics among the people of God who are forced to consider the legalization of a thing once easily categorized as morally wrong. So, what changes? Should we suggest that the government sets a moral standard for the church? Do we think our legislators define righteousness for us? Well, yes and no.

Romans 13 requires that all who would count themselves rightly submitted to the authority of God must also submit themselves to those earthly authorities put in place by God. So, when the actions mentioned above were deemed illegal by the state, the church could very easily mark them as wrong and base that conclusion firmly on the authority of Scripture. In such instances, it is the determination of the state that makes the action clearly and expressly out of bounds for the believer. However, things change once the state repeals a prohibition. At this point, the church is required to search the Scriptures for those boundaries God has put in place either expressly or implicitly. In doing this, our process can be as important as our conclusion because it is in the process that our conclusions gain authority. So, bear with me as a present my convictions on both.

There are scores of drugs available that serve as medicinal agents with varying degrees of potency and side-effect. To be clear, the argument for or against medical marijuana is not the purpose of this article. Such a discussion is best held by medical professionals, and their patients (so long as the pursuit of such a prescription is from a pure heart and real medical need). The discussion at hand is strictly that of marijuana for recreational purposes.

Search the Scriptures, and you will see that there is no explicit discussion on the allowances or prohibitions for marijuana. But, there is a strong tendency in the human heart to need these explicit statements. This is because our hearts are often prone to legalism.

Legalism, as the name might suggest, desires to establish a law for every possible situation so that its adherents might always understand what is right by following an established moral code. This is problematic for two reasons. First, it is an argument for simple moralism which suggests that adherence to a moral code is what God desires from man. It is a doctrine of works straight from the pen of Pelagius. Second, it requires that we say more than the Bible says. If we ever come to a point where we are comfortable adding to the Scriptures for the purpose of better fulfilling the Scriptures, we walk the path of the Scribes and Pharisees in vain worship of traditions as if they were doctrine (Matt. 15:9).

What, then? Do we swing the pendulum to the furthest degree from the law and count all things covered by grace? Antinomianism does. This is the position within ethics that calls for the rejection of any moral code. This position is tempting because our hearts long for the liberation of the flesh and freedom from the discipline that is our sanctification. (That the heart could long for both law and liberty is an interesting and important exposure of the fickle state of humanity.) The problem with settling for antinomianism is that it does not resemble the teachings of Scripture in any form. Where Legalism requires us to say more than the Bible says, antinomianism requires us to say far less than the Bible says.

The common function of legalism and antinomianism is to identify a baseline of morality below which we should never find ourselves. This is not inherently bad. After all, Paul tells us that the Law is good in that it exposes sin, but he reminds us that it can never lead to righteousness (Rom. 3:20; 7:13-24). Rather than looking down at the base that is law, we are called to look upward to find our goal in the righteousness of Christ through the sanctification of the Spirit. When we do this, we stop asking the legal/antinomian question, “What does the Bible permit or restrict?” When we understand that restrictions and allowances in Scripture are not purposed to prevent back-sliding but to promote sanctification, we can see how the question that leads this discussion needs to be reformed. We see that our previous question is essentially a search for permission to live a minimal standard and falls short of a true desire to be holy because He is holy. When he writes to the church in Corinth, he offers a profound principle that resolves the tensions of law and antinomianism by saying that not all things lawful are beneficial (1 Cor. 6:12). If we follow the example of Paul, we stop asking questions of can and cannot, and we start to ask a new question; “How does this hinder or promote the sanctifying work of the Spirit in my life?”

A new question calls for a new answer. Rather than a list of Yes’s and No’s that we can compile, file, and references as needed, we are required to do the heavy lifting of knowing the heart of God for us and the heart of flesh that persists within us. We are forced to search the Word for truth and our hearts for pure motives. From an honest and regenerated heart and the authority of the Word, we seek to know if any act is a hindrance, harm, or help in our sanctification. Or, as per your choice to wear those socks you may or may not be wearing at this very moment, to know if the act could arguably be counted as neutral.

Our Process in Practice

Although there is no explicit mention of marijuana in the Bible, there are many denunciations of intoxication. In some instances (i.e., Rom. 13:13 and Gal. 5:21), intoxication is, in and of itself, sin. These are examples of the explicit restriction of an act in the Word for the purpose of showing the reader that such an act is in opposition to righteousness. Some, however, will inevitably insist that the word used in these passages is clearly drunkenness and that the inclusion of other forms of intoxication is to misapply the text and misrepresent the Word. Presuming, if we must, this rebuttal as valid does not settle this case.

Let’s assume that recreational marijuana is an allowable practice under an antinomian view of the grace of God. We now explore the ramifications such a position  might hold for our sanctification. On many occasions in Scripture, drunkenness is counted as problematic not because of what it is but because of what it leads to. In Eph. 5:18 the idea of drunkenness is denounced for what it invites; debauchery. In his work Christian Ethics, Norman Geisler catalogs twenty such susceptibilities -with biblical references- that the believer opens himself to in a state of drunkenness. Again, it is true that these are discussions of drunkenness and not the “high” one seeks in marijuana. However, the argument of misapplication cannot be equally applied here. The first exploration was a search for explicit denunciations, the current thread of reasoning is a search for denunciations in principle. Here, the Bible clearly rejects the practice of intentionally making oneself vulnerable to the flesh through intoxication because such acts lead to the tendencies of the flesh and not the work of the Spirit. So, the Bible counts intoxications of any sort to be a hindrance and most reasonably a harm to the process of one’s sanctification. In fact, the aforementioned verse in Ephesians juxtaposes the condemnation of opening one’s self to sin with counter-virtues that lead one into the Spirit.

Any conclusion that desires to claim the authority of Scripture as its foundation must say nothing more and nothing less than what the Bible itself has to say. In my research, I have only seen arguments for recreational marijuana based on the enjoyment of the “safe” high that it provides. When I search the Word, I see warnings that intoxication is not safe but is a threat to our sanctification. That it is consistently counted by Scripture to be a hindrance to sanctification and a gateway to the desires of the flesh means that it cannot be counted as a neutral act pursued with antinomian freedom. More than this, I argue that the explicit denunciations of drunkenness rightly apply to any high. This leads me to interpret the Bible as denouncing such a practice as this twice over. So, it is not a love of law, but my desire for sanctification leads me to reject and to encourage others to stay clear of recreational marijuana. 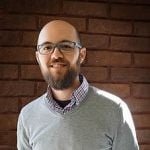 Tim Elmore (MCE, MDiv) has been blessed to serve God in a variety of roles for more than twenty years. He has served in the USA, Argentina, Peru, and currently sits as the board president of Global Education Ministries and Senior Pastor at Memorial Baptist Church in Stratford Ontario. His passion in life is to make much of the grace and mercy of his God and to see his wife (Lindsay), his three children, and the body of Christ give themselves fully to the good, pleasing, and perfect will of God.