The Book That Ignited Revival

A certain pastor was visiting various Sunday school classes when he made a disconcerting discovery in the sixth-grade boy’s class. As the boys were talking about some of the stories in the Old Testament, the pastor listened closely for a while and then asked, “Who knocked down the walls of Jericho?” Several boys cautiously answered, “Pastor, we don’t know who knocked them down, but it wasn’t us.” Caught off guard by their biblical ignorance, the pastor then looked at the teacher and asked for his opinion of the boy’s answer. The teacher replied, “Pastor, I’ve known these boys their whole lives, and they don’t tell lies. If they say they didn’t do it, then I believe they didn’t do it.” Forlorn, the pastor, went out into the hallway and encountered the chairman of the church board, who happened to be passing by. He reported to the chairman with a sense of exasperation what the boys had told him, and the teacher had affirmed.  But while he was talking, the chairman interrupted and said, “Pastor, let’s not bicker about who did what; let’s just fix the wall and pay for it out of the maintenance fund.”[1]

This story humorously points to a troubling issue in the culture and the church: an appalling lack of biblical knowledge. Researcher George Gallup is quoted as saying, “Americans revere the Bible – but, by and large, they don’t read it. And because they don’t read it, they have become a nation of biblical illiterates.”[2] The statistics are stunning. Many Christians are unable to name more than a couple of the disciples. Some 60% of Americans can’t even name five of the Ten Commandments leading pollster George Barna to say, “No wonder people break the Ten Commandments all the time. They don’t know what they are.”[3]  Some 82% of Americans believe “God helps those who help themselves” is a Bible verse. Born Again Christians did better on that question by one percent. Additionally, most adults believe the Bible teaches that taking care of one’s family is the most important purpose in life. A few respondents believe the Sermon on the Mount, was preached by Billy Graham.[4]

In addition to print Bibles, now we have electronic Bibles for iPhones, iPads, Androids, etc., so you can take the Bible with you wherever you go. There are so many Bibles available, yet so much dysfunction everywhere. How is it that Jesus declared the truth would set us free, but we remain in bondage to toxic emotions, addictions, and sin? The problem is not that we don’t have enough Bibles; the problem is we don’t get into the Bible, and therefore the Bible does not get into us.

There is a powerful story found in 2 Kings 22–23 that demonstrates how the Bible can bring about spiritual renewal. The story occurs under the reign of the boy-king Josiah, the sixteenth king of Judah. Josiah entered the kingship at a pivotal time in the history of Judah. During this time, wickedness and idol worship abounded everywhere. Josiah’s grandfather was Manasseh. Known as one of Judah’s most wicked kings, it was he who had the prophet Isaiah sawed in half.

The Scripture doesn’t tell us how or when, but amid the construction of Asherah Poles in the temple and the building of pagan shrines, the Book of the Law was lost. When Josiah came to the throne, he began to make sweeping changes and cleansed the temple. During this cleansing, Hilkiah, the high priest, found the Book of the Law and immediately sent it to the king. Josiah promptly had the book read aloud. Upon hearing its contents, he tore his clothes in anguish and then had it read in front of everyone purposing in his heart to do what was right in the sight of the Lord.  The rediscovery of the Book of the Law led to one of the greatest spiritual awakenings in the Old Testament.

If we want to experience personal and corporate spiritual renewal in our time, then we must also rediscover God’s Word. For many, the Bible has been lost amid the clutter and debris of life. It’s not that we don’t see its value; it’s just that we fail to prioritize it. Nevertheless, every time the Bible has been rediscovered in history, it has served as a catalyst for renewal and transformation. Consider Augustine’s testimony of his conversion through hearing the chant of a child instructing him to “take up and read,” or the magisterial reformers’ emphasis upon Sola Scriptura that launched the reformation, or John Wesley’s testimony of conversion while listening to the preface of Luther’s Epistle to the Romans being read, or William Carey’s emphasis upon the Great Commission that launched the modern missionary movement.

The Bible is a great treasure waiting to be opened, plundered, and enjoyed. Open yours today and experience the life you’ve been missing. 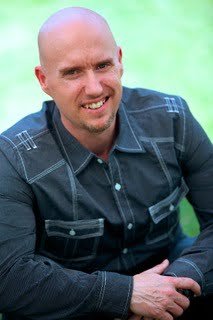 Chris McMillan has served in pastoral ministry for the past 27+ years, with the last 22 as a senior pastor at churches in North Carolina, Maryland, and currently at Providence Baptist Church in Gloucester, Virginia. He holds an M.A.T.S. from Liberty University and a D.Ed.Min from the The Southern Baptist Theological Seminary. Chris also serves as a global trainer with International Training and Equipping Ministries whose vision is to provide non-formal theological and practical leadership training to pastors in Africa. Chris has  been married for 27 years to Allison and they have a daughter Carissa who is 16 and a son Nathan who is in heaven.