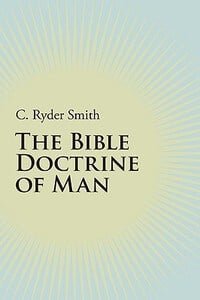 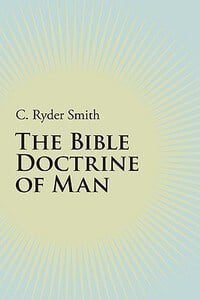 What is man? For that matter, what is man supposed to be as, defined in Scripture? Furthermore, how are we supposed to understand and apply the various terms used throughout God’s Word regarding man such as soul, spirit, heart, and body? Given the original languages of Scripture use such terms in a manner quite unlike we might understand in our modern parlance, it is vital to dig deep into a biblical understand and use of this terminology to best grasp who man is and what God expects from His creation. C. Ryder Smith, in his excellent book The Bible Doctrine of Man spends a great deal of effort outlining the Old Testament, Apocryphal, and New Testament terms, how they were used, how they were understood, and how they interweave with one another to provide the reader with a great amount of clarity on this important issue.

I began reading this book based on a recommendation and I must say I am very grateful I took the time to explore what Smith has to share. There is a bit of confusion even among seasoned theologians when it comes to how the Bible describes man. This misunderstanding of terms is largely due to the negative influence of Greek and Gnostic thinking, in particular when it comes to a biblical/Hebraic grasp of soul, body, and spirit. Smith aptly notes, “so far as the Hebrew had his own dichotomy in his account of man, it was not the same as the Greek (or rather Aristotelian) and modern dichotomy.” He also correctly states, “It is hard to banish Greek dichotomy from the mind, for it is a postulate of modern thought”; however, it is of the utmost necessity in order to understand the biblical doctrine of man.

Smith divides his analysis into three main sections with section one exploring the Old Testament, while section two takes a look at the writings of the Apocryphal books, and finally section three engages the New Testament. All throughout the book, Smith spends a tremendous amount of time looking at words, their meanings, the context and similar contexts in which they are used and why those words are important when considering the topic at hand. Furthermore, he subdivides each section into an analysis of what man is and what man out to be with the former noting the current state of humanity and the latter looking at what God desires man to be moving towards.

This entire book is some very heavy reading, meaning the reader will be exposed to a lot of terms in the original languages, although Smith does an excellent job of defining those terms by providing all the relevant Scriptural, and Apocryphal references. Speaking of the Apocrypha, one might wonder why Smith bothers to take a look at what many consider non-canonical texts. His purpose in examining the Apocryphal books is to simply trace the flow of the use of certain terms from their original Hebrew into the period when the Septuagint (LXX) came into use. Being able to reveal how the Hebrew and Greek words have both similarities and differences and the manner and amount in which the terms in question were used in the Hebrew and in the Greek is an important piece of the overall conversation. Furthermore, it will help the reader have a foundation when studying how the Greek in the New Testament relates back to the Hebrew.

Given the aforementioned influence of Greek thought in particular on the notion of the word soul and furthermore how we tend to approach man and his component parts that define the whole of who we are as man, this is an important book for believers to take the time to read. While certainly scholarly in its content, those who make the effort to walk through the information Smith provides will assuredly find the modern paradigm of thought on this issue rightfully challenged. Smith leaves no stone unturned when it comes to looking at terminology and how it should be applied both from a linguistic and biblical perspective. I am quite confident those who read this book will find it a valuable resource and most importantly, they will be presented with a biblically rooted framework for understanding who man is and why it matters in regards to the formation of sound theology on the nature of man.