Teaching, Feelings, Opinions, or the Inerrancy of the Bible

In the first post in this series (https://servantsofgrace.org/an-attack-on-marriage-is-ultimately-an-assault-on-gods-character-and-gods-word/) we learned about attacks on inerrancy as they relate to the family. In the second post in this series today we will learn about those who deny inerrancy by placing their feelings above the truth of Scripture.

Friedrich Schleiermacher was born November 21, 1768 and died February 12, 1834. Schleimacher began not with the Bible, a creed, or revelation, but with personal experiences that happened to the individual and the community.  The influence of Schleiermacher is felt today among those who deny inerrancy by placing their opinions above the truth of Scripture. The same people who question inerrancy are those who typically have issues with the Church.

Many people are just like Friedrich Schleiermacher who think that their opinions about Scripture and the Church are authoritative. The fact is attacks on inerrancy from our culture and even within the Church are not new but rather old. Ken Ham points out that “our culture is filled with increasing numbers of people who do not believe the Bible is a credible book. As a result the culture has lost its faith in biblical authority.”[i]

Believing in inerrancy is vital to the ministry of the Church. Denying the authority of the Word of God has dramatic effects on how the preacher will preach to God’s people. Denominations that were once bastions of biblical orthodoxy are now laid in waste because they have rejected inerrancy in favor of what they believe. These people are often the one’s who don’t have an issue with the Church necessarily, but do have issues with the Word of God, because they believe that the Bible is a book full of errors. In doing this they follow in the steps of Schleiermacher who was known to place a high emphasis on how he felt rather than on what the Bible teaches.[1]

Believing that the Bible is verbally inspired in every part and authoritative for our lives not only affects the preaching ministry of local churches, but also how ministry leaders minister to God’s people. For example, a blogger who denies inerrancy will write only about his/her thoughts about the Bible rather than coming under the authority of the Word and allowing the Word to take central place in his/her blogging ministry. The preacher who doesn’t believe in inerrancy will preach only his own opinion, but the preacher who believes in inerrancy will preach to make the point of the passage under examination the point of the sermon. The counselor who doesn’t believe in inerrancy will focus on self-help, but the counselor who believes in inerrancy will focus on what Scripture says about what the client is going through.

Christians have a superior Word than what is offered by human opinion. The Church has a superior Word because of Jesus Christ. Jesus Christ is the reason why His Word is inspired, inerrant, sufficient and authoritative. It is because of this reason that Christians should dedicate their entire lives and ministries lives to studying, proclaiming, contending, and defending the Truth for all of their days. 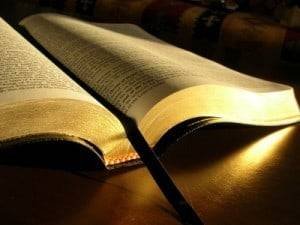 Outreach: Does the Inerrancy of the Bible Matter Evangelistically?

Charles Spurgeon is considered the Prince of Preachers but what is often not known about him and his ministry is that he faced attacks on the inspiration and inerrancy of the Bible he loved to proclaim to God’s people the world over. Spurgeon faced challenges from all...