What follows is the story of a young girl in Cambodia who was rescued from sex trafficking, a crime perpetrated with impunity against young girls there. I was given the opportunity to interview her only because, after nearly two years in aftercare, she was considered strong enough to tell her story to someone who would write it and release it for the world to know. As a media team member for a Christian non-government organization working in Cambodia, I was both excited and daunted by this assignment: excited, because I would hear first-hand from a young girl who had survived being trafficked for sexual purposes; daunted, because I was your typical middle-class, First-World Christian whose psyche had only recently been jarred into awareness of what poor young girls in the Third World often face. Could I ask this girl the hard questions with sensitivity, and could I then write a compelling account of her story? What follows is SuNee’s story, as obtained both from my personal interview with her and from the house parent at the safe-house and aftercare center where she had lived for two years.

ALL THINGS HAVE BECOME NEW

Across from me, at a table situated in a private corner of the courtyard and in the dappled shade of a tree, sat SuNee, a young Khmer girl (a young woman, really, when one considers all the “living” she had already done in just 17 years). Moments earlier, I had watched her saunter confidently across the yard after leaving her group of friends to meet me for our scheduled interview. In those few brief moments, it was obvious to me that she was respected and well-liked among her peers.

She was having her hair colored, but the wet, sticky strands clinging to her scalp and neck didn’t conceal a warm and genuine smile, a confident demeanor, and a distinctly mature bearing. Everything she exuded belied what I had been told about her attitude and behaviors just two short years earlier, when she had first arrived at the safe-house/aftercare center: a rebellious runaway with a self-destructive streak.

SuNee had recently been the object of much celebration among her peers and mentors, for she was the first girl in the center to complete a vocational training program and be employed by an establishment known for its excellence in the restaurant industry. But, I would soon learn, this success story went far deeper than the surface story of a girl who overcame the shame of being sexually trafficked, was rescued, and was now ready to launch into her future. Like many stories of overcomers, it emerged through multiple layers of failure–and being failed.

Two years earlier, at the age of 15, upon arriving at the safe-house, SuNee had already survived more than any child should be subjected to…ever; and her life reflected it. Betrayed by her mother’s wanton lifestyle and raised by her grandmother, she grew up dealing with the shame of her background and wishing every night that she had a mother and a father who loved her. One night she was savagely gang-raped by boys in her neighborhood, an assault that went unreported and unpunished.

That incident marked the beginning of a descent into behaviors that placed her at risk for being targeted by traffickers on the lookout for young girls to supply Cambodia’s thriving sex trade. She became a runaway by age 14, leaving home to fend for herself in the back streets of her town. Looking back to that time, SuNee describes herself as a young girl in rebellion against the forces that tore at the fabric of her soul.

As a runaway, she now joined the numbers of those most vulnerable (young, alone, away from home, isolated from family). It’s almost predictable that she fell into the classic trap of sex traffickers. Her path eventually crossed with that of a former teacher who weaseled himself into her trust and promised her a good job with decent pay in the country’s capital city. Only, when he delivered her to the “good job,” it turned out to be a karaoke-TV bar (just one among thousands in Phnom Penh—bars frequented by nationals and foreigners alike, where any number of “services” can be purchased for the evening). The only significant money that exchanged hands in the transaction was between the establishment’s owner and her former teacher. She had been sold into the sex trade and was now the “property” of the K-TV owner. From that moment on she was not allowed to leave the premises without a guard, and she was given only enough money the first month to pay for needed personal items. After that, she was paid nothing. She became a statistic–one number among 30 million trafficked and enslaved persons, worldwide.

SuNee’s job was to “entertain” men, sometimes enduring sexual abuse by multiple men each night. When she became pregnant (and only God knows how many times she was impregnated), her owner forced her to take an oral pill to abort her baby, then forced her to continue working, even as her body convulsed in the spasms of induced abortion. “Sometimes I wanted to kill myself; when I wanted to kill myself I felt someone was stopping me, but I didn’t know who.”

At the time of our interview, SuNee, said she had since come to know who it was that had stopped her from taking her own life. “It was God,” she says, adding, “Now I know: Jesus found me and brought me here.”

At what point does one begin to restore a traumatized and broken soul? How does one begin to administer healing to a young girl whose instincts are to run away, whose self-loathing is so apparent that it becomes a daily job just to prevent her from harming herself?

In SuNee’s words, “The care givers were patient with me and still loved me, even though I was so naughty. They were patient, like Jesus; they gave me gentle advice and were not strict with me.” And, her most touching statement: “Because I received love, I want to share that love with other girls.”

Now, two years later, SuNee was transitioning into full reintegration, working every day at an exclusive bakery where she had been trained to create exquisite desserts. She achieved an internationally recognized certification as a bakery designer, a key that could open doors of opportunity she never new existed—at all, let alone for her. Despite possessing that hard-earned key, SuNee’s choice was to marry the young man who was father to the unborn child she now carried in her womb.

Part of me wishes I could write a different conclusion here: that she went on to reach greater heights with her newly acquired skills; that she became a teacher and mentor to other young girls who, like her, had been exploited; that she had not become pregnant and the world was her plum…. Oh! The variety of other possibilities is endless! Instead, I must write what really did become of SuNee: a step into an ordinary life.

Even so, that step into ordinariness was a step she could now take equipped with strength, confidence, and self-assurance—byproducts of the life she had known and the people who had loved her for the previous two years. In her ordinary life she has Christ as her Savior and Lord. It is a life I can celebrate, for it is a life redeemed by God, which by any standard, is an EXTRAordinary one.

2 Cor 5:17, “Therefore if anyone is in Christ, he is a new creature; the old things passed away; behold, new things have come.” 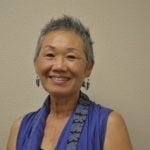 Susan Carter holds a Master of Arts Degree in English Literature from Idaho State University. She and her husband worship at Ustick Baptist Church in Boise, Idaho. They recently served for 18 months as volunteers with a Christian organization whose mission and purpose is to rescue girls from sexual exploitation and trafficking in Southeast and East Asia. For eight months they lived in Cambodia, where her husband served with an outreach rescue team and Susan worked as a researcher and writer on the media team. They then were called to establish rescue and aftercare operations in Myanmar, which they did together for 10 months before returning home.

Susan writes on topics ranging from lifestyle evangelism to human trafficking. She has been asked to speak at women’s retreats and other women’s groups, sharing on topics of God’s grace in her life, her passion for missions, reaching the lost for Christ, and biblical counseling as a key to healing the hurting within the Body of Christ.