Suffering, Sacrifice, and the death of Jim Elliot 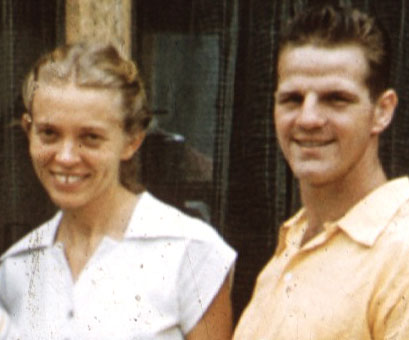 You might be familiar with Jim Elliot’s most famous quote:

“He is no fool who gives what he cannot keep to gain that which he cannot lose.”

Elliot is the most known out of five men who were killed on this day, January 8, 1956. The other four men are Nate Saint, Ed McCully, Roger Youderian, and Peter Fleming. These men were serving as missionaries to the Quichua Indians of Ecuador. Unwelcomed, they were brutally murdered by the Aucas themselves. Despite the tragedy, hundreds of Christians were inspired to become missionaries and thousands were moved to deeper commitment to Christ.

Jim Elliot and his wife Elisabeth worked together on translating the New Testament into the language of the Quichua Indians. Their daughter, Valerie, was born in 1955. Only ten months later, Jim was killed by the Huaorani Indians while attempting to take the gospel to that remote tribe. Elisabeth continued her work among the Quichuas and later lived and worked among the Huaorani.

The year after Jim died, Elisabeth wrote Through Gates of Splendor, a widely popular account of the team’s mission and martyrdom. She writes in the thick of her mourning. Her words come straight from someone who was very involved in the tragic events that unfolded. I especially appreciate this portion of the book in which Elisabeth reflects on her sorrow and God’s sovereignty:

God is God. I dethrone Him in my heart if I demand that He act in ways that satisfy my idea of justice. It is the same spirit that taunted, “If Thou be the Son of God, come down from the Cross.” There is unbelief, there is even rebellion, in the attitude that says, “God has no right to do this to fine men unless…”

For us widows the question as to why the men who had trusted God to be both shield and defender should be allowed to be speared to death was not one that could be smoothly or finally answered in 1956, nor yet silenced in 1996. God did not answer Job’s questions either. Job was living in a mystery—the mystery of the sovereign purpose of God—and the questions that orse out of the depths of that mystery were answered only by a deeper mystery, that of God Himself.

Biblical and Pastoral Reflections on the Abortion Debate

Biblical and Pastoral Reflections on the Abortion Debate Although it is never far from the spotlight, recent weeks have thrust the topic of abortion high up the agenda on news bulletins, social media, and workplace conversation. Christians face a difficult task in...