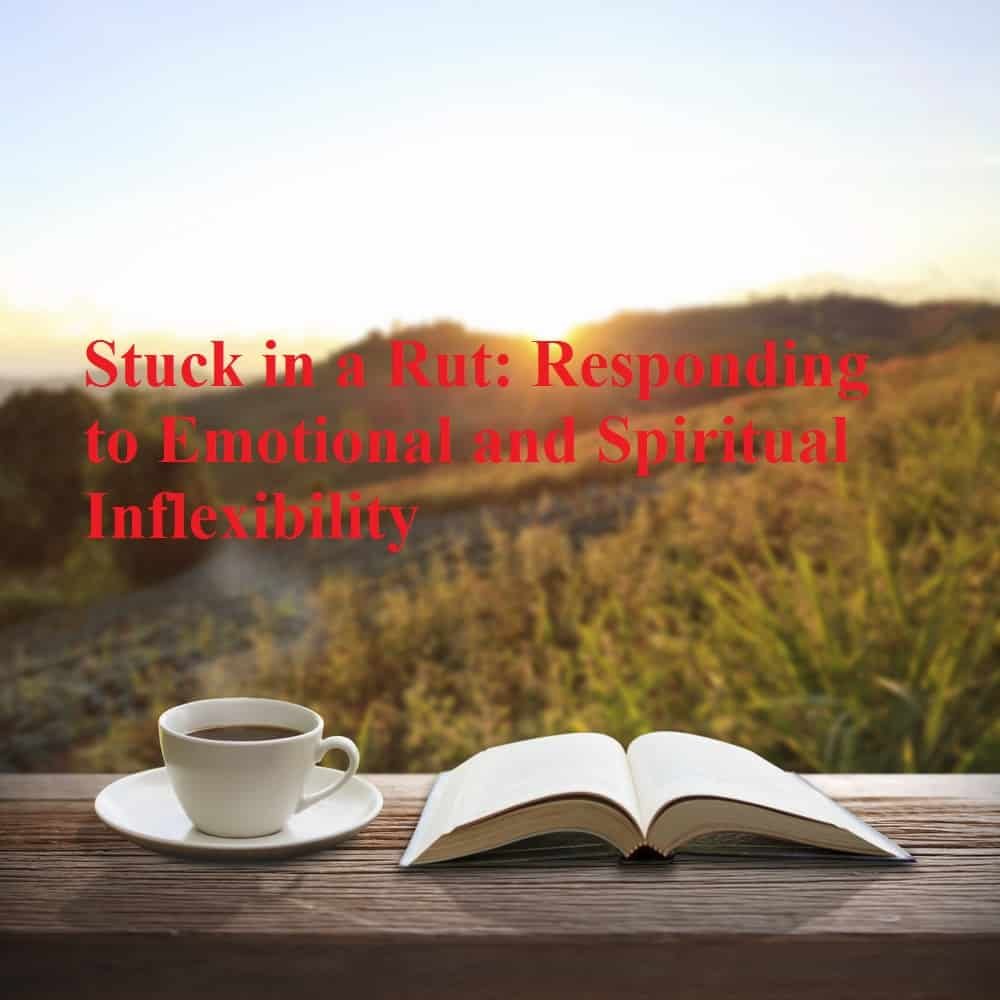 By the time couples, individuals, and parents make their way to the counseling table, they often consider themselves to be stuck in patterns of thinking and doing that seem unalterable.

For the biblical counselor, identifying not only the symptoms (presenting issues) but also the underlying (heart and/or bodily) issues are keys to establishing an action plan that will promote true and lasting biblical change.

Theoretically, the process of gathering data and problem solving according to Scripture should be fairly straightforward, but as one pastor recently said, “We’re dealing not with algebra problems, but with human beings.”

The problems people face are often deeply embedded in the heart, and are not easily extracted. This requires gentleness, patience, wisdom, and discernment on the part of the counselor in identifying the emotional and spiritual ruts in which counselees find themselves immovably stuck.

For counselees, a willingness to accept the reality of the conditions they face (i.e. sin or suffering) and the necessity of committing to an action plan that will promote their sanctification (i.e. repentance or forgiveness) are keys to progress in counseling.

This discussion is at least partly influenced by my research of a secular counseling model known as Acceptance and Commitment Therapy (ACT). This research was done as part of my Doctor of Ministry (Biblical Counseling) program at SEBTS.

ACT is founded on the premise that people tend to get bogged down mentally, what ACT calls “psychological inflexibility,” as they try only to avoid the source of their pain. This first problem is then compounded by the eventual loss of that which they value. The result is a cycle of negative or aversive “mental experiencing.”

What follows here is not so much an attempt to merely “Christianize” a secular counseling theory. To be sure, ACT was not developed with the Gospel in mind, and therefore it does not have as its ultimate goal the glory of God and the sanctification of the counselee. In fact, my proposed work leaves little of ACT theory in place.

I agree with Dr. Lambert, and in this specific case, have found the discussion that ACT enters into to be insightful and engaging, even if biblically problematic in many ways. It’s been said that if you ask the wrong questions, you’re likely to arrive at wrong conclusions.

But, what if you change the essence of the questions you’re asking and the nature of the change you’re seeking (i.e. man-centered v. God-centered)?

In my work as a biblical counselor, I have frequently encountered scenarios where the counselee is seemingly  “stuck” and in need of help to both think and do differently, according to God’s word. My study of ACT has provoked me to think with, I hope, greater biblical precision concerning the spiritual ruts that counselees often find themselves in.

Dr. Kevin Polk is an ACT practitioner who has written a book called “The ACT Matrix.” In it, he provides a diagram that he designed for his fellow ACT clinicians to use in session with counselees. The idea is to provide a useful visual aid so that counseling discussions become “stickier” for the counselee (I happen to love visual aids for this very reason).

Polk took six principles from ACT theory and modified them to assist in the development of his matrix. While this post doesn’t provide the space to adequately explain those principles, I share them below, along with what I hope are correlating yet thoroughly biblical categories that form the basis for a type of biblical counseling matrix.

4) Stretching Toward Psychological Flexibility –> Pressing On Toward the Goal in Christ Jesus (Philippians 3:14).


This matrix is, of course, quite flexible itself. It can be easily learned and drawn by hand in a restaurant over a meal, or formally adapted to an official document for use in-session. Likewise, the Scripture references I include can be swapped out for others at the counselor’s discretion. Lastly, it can be applied by anyone, from trained biblical counselors to discipleship partners in an accountability role (Rom. 15:14).

I’m happy to report that I have used this “matrix” on a number of occasions with real success. It has helped me move counseling discussions forward from positions of apparent immobility to constructive dialogue. It has also served as a helpful homework assignment, as the counselee works on proposed action steps, and further evaluates their thinking and doing in between sessions.

Finally, we all do well to remind ourselves that our ultimate hope for success in counseling is not in any tool, but in the word of God working in us as the Spirit of God moves through us by “prayer and supplication” (Phil. 4:6).