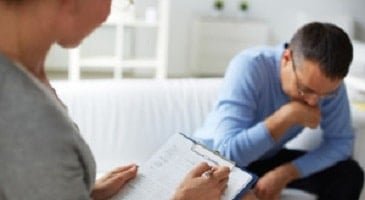 God has given to each of us a unique personality, an essential component of the way we express ourselves. Personality tests attempt to categories us, but each of us is at some level unique. This individuality requires counselors be sensitive and attuned to the person they are caring for. Effective counselors know that since personality shapes a counselee’s responses they must pay careful attention to that unique personality.

Tim and Jinny were very different people and over the years of marriage, those differences had become increasingly more pronounced. Tim was a talker. When there were unresolved issues between he and Jenny he wanted to hash them out, examine them from every angle, and fix them. Jinny, on the other hand, was quiet and reflective. When there were disagreements she wanted time to process things, reflect on what happened, why she felt the way she did, where the breakdown occurred, and pray to God for wisdom. They both wanted a resolution to their conflicts, but they went about that resolution in seemingly opposite ways. One pulled inward to reflect, one moved outward toward dialogue. When they came to see me they wanted to know, essentially, whose way was the “right way.” In truth, however, these difference simply reflected their unique personalities and weren’t moral issues. They could both be right when exercised for the glory of God.

Whole industries exist around assessing personality. We have evaluative tools, tests, and quizzes for determining personality. The Myers-Briggs test, for example, is perhaps the most famous. It explores personality across four categories: where you focus attention, how you take in information, how you make decisions, and how you deal with the world around you. The categories are useful and the test itself can be insightful, but it has limits. As Dr. Pierre points out:

These tests may describe people well in a general sense. For example, I was labeled ENFJ, with a recommended career either as an educator or as clergy. I do both. However, the tests cannot describe the core of who people are as moral agents before God. At best these tests describe the style with which people tend to approach the world, but they do not establish a determined trajectory of those responses. (The Dynamic Heart in Daily Life, 96)

The shortcomings of these tests are rooted in their various theories of human personality. There are a variety of theories about human personality. They disagree over the types of personalities, how to best classify them, and how they develop. The MBTI is based on Carl Jung’s theory of psychological type. It’s just a theory and has its value and limitations. Counselors should be careful not to put more confidence in this evaluative tool than it warrants, they should also not use it as a substitute for a personal investigation into the individual before them. Labels, whatever their usefulness, should never be used as a substitute for getting to know actual individuals. Personality is more than a person’s interaction with the world, it is the core of their spiritual response.

Personality is the collection of a person’s approach to the world, their manner of thinking, feeling, and decision-making. It is them. As such it will always be somewhat unique because God has made us each unique. We are individuals, not categories on a test. If we treat all people like a category on a test we will short-circuit the tailor-made applications that they need for their struggles. We may even suggest that some personalities are more righteous than others, or that all expressions of personality are neutral. In truth, however, the truth is more nuanced. As Dr. Pierre adds:

They key to helping people with diverse personalities is both understanding them uniquely and helping them to see how “their personality can be used to glorify God.”

Personality matters in counseling. Tim and Jinny were both uniquely made by God and had a God-honoring desire: resolution of their conflict. Both needed to see how their own responses could be righteous or selfish. If they insisted that only their response was right then they were making moral judgments about the other’s personality. They needed to be patient with one another’s personality differences, and seek to “consider the interests of others as more significant than their own” (Phil. 2:3). But they also needed to be encouraged that their unique personalities could be used in God-honoring ways. They were not wrong to express their desires through their personalities, this was part of who God had made them to be. When directed by faith, and aimed at reflecting Jesus, their personalities could be godly tools for growth and good.

Good counselors need to see this and help their counselees see this. We need to understand the unique people we are ministering to so that we can make our counsel appropriate to them. Some people need straight truth, hard rebuke. Others are more fragile and need soft-spoken words, encouragement, and gentle rebuke. Paul recognizes the contextualized counsel we give when he says to the Thessalonians:

And we urge you, brothers, admonish the idle, encourage the fainthearted, help the weak, be patient with them all. (1 Thess. 5:14)

This post first appeared at Dave’s blog and is posted here with permission.