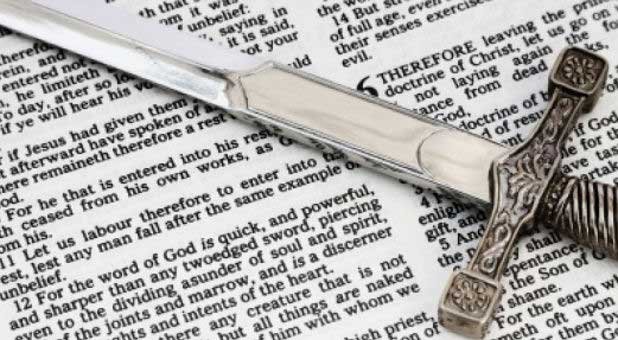 We are living through one of the most tumultuous times in American history. It seems like every day, a new challenge surfaces. We face trials, temptations, suffering, and grief. We hear rumors about the fate of our Republic. Conspiracy theories are at a fevered pitch. None of this should surprise us. In Jesus’s day, he told his disciples:

And you will hear of wars and rumors of wars. See that you are not alarmed, for this must take place, but the end is not yet. For nation will rise against nation, and kingdom against kingdom, and there will be famines and earthquakes in various places. All these are but the beginning of the birth pains. “Then they will deliver you up to tribulation and put you to death, and you will be hated by all nations for my name’s sake. And then many will fall away and betray one another and hate one another. And many false prophets will arise and lead many astray. And because lawlessness will be increased, the love of many will grow cold. But the one who endures to the end will be saved. And this gospel of the kingdom will be proclaimed throughout the whole world as a testimony to all nations, and then the end will come (Matthew 24:6–14, ESV).

Jesus has a way of bringing us back to ground zero. He always tells the truth, and he always has our best interests in mind. Is it any wonder that Paul admonished the Ephesian believers to put on the armor of God? He writes:

Stand therefore, having fastened on the belt of truth, and having put on the breastplate of righteousness, and, as shoes for your feet, having put on the readiness given by the gospel of peace. In all circumstances take up the shield of faith, with which you can extinguish all the flaming darts of the evil one; and take the helmet of salvation, and the sword of the Spirit, which is the word of God, praying at all times in the Spirit, with all prayer and supplication. To that end, keep alert with all perseverance, making supplication for all the saints, and also for me, that words may be given to me in opening my mouth boldly to proclaim the mystery of the gospel, for which I am an ambassador in chains, that I may declare it boldly, as I ought to speak (Ephesians 6:14–20, ESV).

In order to be battle-ready, we need the courage of Christ. We need to put on the armor of Christ. And we need to stand strong for Christ.

The Puritan William Gurnall writes, “To stand is the opposite of to flee or to surrender. A captain who sees his men retreating or on the verge of surrender gives the order, ‘Stand!’ and every soldier worthy of his calling responds at once to his captain’s voice. In like manner, every Christian is to respond to God’s call to ‘Stand!’ – or, in other words, steadfastly to resist and never yield to the attacks of Satan.”1 Taking such a stand means that we not only stand for Christ; we also stand against some things. We stand against:

J.C. Ryle reminds us, “Take away the gospel from a church and that church is not worth preserving. A well without water, a scabbard without a sword, a steam-engine without a fire, a ship without compass and rudder, a watch without a mainspring, a stuffed carcass without life, all these are useless things. But there is nothing so useless as a church without the gospel.”2

Let us stand strong for the sake of Christ.