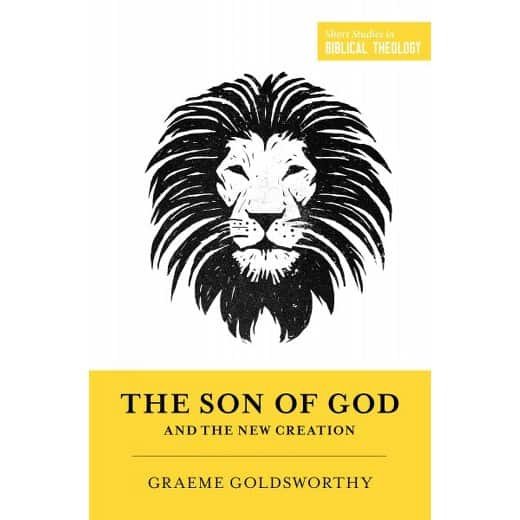 The Son of God and the New Creation by Graeme Goldsworthy

Graeme Goldsworthy has become a bit of a household name, especially as one considers the field of biblical theology. The Son of God and the New Creation is another solid contribution by Goldsworthy where he focuses on the second member of the Trinity and alerts readers to the mission of Jesus.

The author makes sure he establishes his bottom line:

Jesus as Son of God is also God the Son, the eternal second person of the Godhead. But our salvation and eternal destiny depend on his being the incarnate one who is revealed as Son of God. Jesus in his person and work, sums up the pattern of creation that establishes the nature of the kingdom of God.

This central thought is exposed and re-articulated in several ways as Goldsworthy reveals the person and work of Jesus from creation to consummation. “Jesus as the Son of God, by his death and resurrection, was putting the whole universe back together from the futility to which it has been subjected because of human rebellion against the Creator.”

The Son of God and the New Creation is designed for laymen but is a challenging read, nonetheless. I expect Goldsworthy’s work to be used in Bible Colleges and Seminaries and should be a welcome addition to every pastor’s theological library.