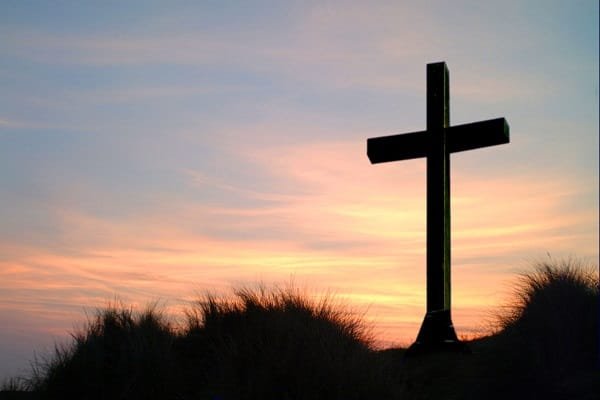 Many years ago, when my children were small but energetic, I, a chronically exhausted mamma, would head to bed right after them. Sleep was an idol in my life in those days.

One night, about 2 in the morning, my 5-year-old son, Nathan, came into my room and tapped his sleeping mother on the head.

“This lady keeps talking and she won’t shut up.”

I didn’t sit up or even open my eyes. It was just a ploy for my attention. I wasn’t buying it.

He let out a whimper and headed to his room. A few minutes later he re-entered uttering the same words, only softer. “This lady keeps talking and she won’t shut up.”

I thought I had the edge in my voice just right, but apparently not. So, I deployed my extra fierce Mamma warning tone with the unspoken message, don’t even think of trying that again.

But Nathan proved to be as stubborn as his mom. Seeking to avoid a family crisis, he brought Big Sis, Anna, along for the third exchange. He strained to create a whisper that was loud enough for me to hear, but soft so as not to incur my ire. “Mom, this lady keeps talking to me and she won’t shut up!”

Furious at his rebellion, I shot straight up in bed. No going back to sleep for anyone. (Except for my husband who managed to miss most of this exchange and did not budge from his slumber. Ah-mazing.)

Before I could say a word, my valiant daughter stepped in front of Nathan, shielding him from my fury. “No, Mom. He’s telling the truth.”

No, he wasn’t. I folded my arms across my chest. “Oh really!? What did the lady say, then?”

Nathan and Anna looked at one another and together uttered a soft answer that turned away my wrath: “Low battery. Low battery.”

Then came the echo down the hall from our smoke detector, located right outside Nathan’s room: “Low battery. Low battery.”

The mother of the year award goes to: not me.

When I am the one being reviled, I can become an instant expert defense lawyer. I can make my case with eloquence and match my opponent in word and passion. Desperately seeking self-justice, pushback is a “way that seems right” (Proverbs 14:12).

But have you ever doused a grease fire with water? Don’t. But like water on a grease fire, an argument where a harsh word is returned in kind will only exacerbate the problem.

Speaking on Proverbs 15:1, A soft answer turns away wrath, Dr. Ray Ortlund writes, “Here is what we can always expect: “. . .a harsh word stirs up [more] anger.” A harsh – literally, “painful” – response can include words with sharp edges, a tone of sarcasm, implied threats of retaliation. There are many ways for the encounter to escalate quickly.”

Nothing in me that wants to go soft when treated harshly. It’s quite natural for me to want to answer a perceived insult on social media with a snarky, clever tweet—so there. Not to respond at all, or to answer hostility with kindness, is to die. Could that be why we hate it so much? But my Savior stands in stark contrast.

“When he was reviled, he did not revile in return; when he suffered, he did not threaten, but continued entrusting himself to him who judges justly” (1 Peter 2:23 ESV).

Scripture tells us what he did not do—threaten—but it also gives us a path forward. Christ entrusted himself to him who judges justly.

Do we believe the Lord enough to allow our opponent the last word? To answer him kindly, especially if he is our brother in Christ?

Months ago, if you had asked me the meaning of Proverbs 15:1, I would have confidently told you that it was a promise of sorts, if you keep your cool, don’t lose your temper, speak softly and with kindness toward your aggressor, they will cease from their wrath. While that certainly does happen in many cases, alas, I quickly learned it is no guarantee. After all, if it were, then how would we distinguish a soft answer that manipulates to receive the desired end, from one that is offered seeking genuine reconciliation?

Perhaps Solomon would have written something else if Twitter had been around in his day? But social media or some impossible adversary isn’t our problem.

Paul Tripp writes, “I am my greatest communication problem. The greatest difficulty, the greatest danger, and the everyday traps of communication that we all fall into exist inside me, not outside me” (The Power of Words and the Wonder of God p. 31).

Baptist Pastor John Gill (1697-1771) writes: “Mild words, gentle expressions, delivered with kindness and tenderness, humility and submission; these will work upon a man’s passions, weaken his resentments, and break and scatter the storm of wrath raised in his breast, just breaking forth in a very boisterous and blustering manner; so high winds are sometimes laid by soft showers.”

To give a soft answer, you must pause, pray and ponder the risen Christ. He sees, knows and cares and is not passive in your life. Do you believe this? A soft answer amid great conflict is an act of worship, of faith in God. You must die to yourself and your would-be rebuttals. So hard. So unfair. And yet, that is what my Savior did for me. He took my place. Opened not his mouth.

But dying to self isn’t the end. Scripture if filled with images of things dying to bring forth new life.

“. . . unless a grain of wheat falls into the earth and dies, it remains alone; but if it dies, it bears much fruit. Whoever loves his life loses it, and  whoever  hates his life in this world will keep it for eternal life”(John 12:24-25 ESV).

Something in the restraint, in the soft answer, breeds new life and hope even as your chance to set someone else straight ends. What I have come to understand about Proverbs 15:1, is that a soft answer does indeed turn away wrath—sometimes it is the wrath of your opponent, but if God is doing a regenerating work in your own spirit, the wrath that is quenched may be your own.