Showered With the Grace of God in Christ

Ephesians 3:1-2, “For this reason I, Paul, a prisoner of Christ Jesus on behalf of you Gentiles— 2 assuming that you have heard of the stewardship of God’s grace that was given to me for you,”

Would we go to prison for someone else? The Apostle Paul did. He opens Ephesians chapter three by referring to himself as a prisoner for Christ Jesus on behalf of the Gentiles. This type of sacrifice seems almost unreasonable in our day and age. With mantras like, “you do you” and “speak your truth,” hearing of somebody laying down their own desires and ambitions for someone else is radical. But this is the way of the cross. When Jesus first appeared to Paul (then Saul), this was the road Jesus was calling Paul to walk down, and it’s the same road we must follow as well.

Again in Romans Paul mentions his service to the Gentiles:

“Yet I have written you quite boldly on some points to remind you of them again, because of the grace God gave me to be a minister of Christ Jesus to the Gentiles. He gave me the priestly duty of proclaiming the gospel of God so that the Gentiles might become an offering acceptable to God, sanctified by the Holy Spirit. Therefore I glory in Christ Jesus in my service to God” (Rom. 15:15-17).

In many of Paul’s Epistles, he mentions his calling to the Gentiles. An unusual calling, honestly, considering the fact that Paul himself was not a Gentile. He was a Jew by birth, and a most devoutly religious one at that (Phil. 3:4-6). He himself claimed that he had much reason to boast when it came to the Jewish Law. But Christ called this Jewish, Christian persecuting, man to minister to those not like himself. The “other,” the “unclean,” “the foreigner.” The Gentiles were not the chosen people of God, like the Jewish.

“But if some of the branches were broken off, and you, although a wild olive shoot, were grafted in among the others and now share in the nourishing root of the olive tree, do not be arrogant toward the branches. If you are, remember it is not you who support the root, but the root that supports you. Then you will say, “Branches were broken off so that I might be grafted in.”  That is true. They were broken off because of their unbelief, but you stand fast through faith. So do not become proud, but fear” (Rom. 11:17-20).

This was the mystery revealed after Jesus’ death and resurrection: that God was calling a people from every tribe and tongue (Col. 1:25-28). The  gospel of Jesus Christ was, and is, for everyone; Jew and Gentile alike. And this was the ministry that Paul was called to. He was the pioneer to the Gentiles. Jesus paved the way for Paul and then called him to lay down his life for these non-Jewish people. Paul was their champion and advocate. As we see in Paul’s life, he took this calling seriously, he labored on their behalf, was persecuted, and imprisoned. Do we take our callings this seriously? We might not experience the level of pain and discomfort Paul did, but are we willing to risk our comfort for those who are not like us? Do we view them as accepted by God and champion their cause?

The Merriam-Webster dictionary’s first definition of grace is “unmerited divine assistance given to humans for their regeneration or sanctification.” It is this very type of grace that Paul is referring to when he says, “assuming that you have heard of the stewardship of God’s grace that was given to me for you” (Eph. 3:2). God had not only called Paul to this task, but he equipped him as well. He gave him abundant grace to do his ministry. By stewarding God’s grace Paul was using what had been freely given to him. His stewardship even extended to imprisonment.

Do we believe and act like we have divine assistance in our various callings? First, we all have the same foundational calling to walk out all our days in light of the gospel — applying it’s message, and growing in Christlikeness. We are called to respond to and live out the gospel all of our days; we are all called to love God and neighbor. But we also have different callings based on our season of life (parent, elderly, college student, newly married, teenager, child) and based on our gifting (career, spiritual gifts, local church involvement, community life, personal capabilities and talents, local and global ministry work). Even in these secondary callings, God will give us the grace to engage in them for his glory and our good.

God gave grace to Paul in his ministry to the Gentiles, and he does the same for us today. He will help us tell our neighbors about Jesus, and he will help us prepare and deliver that meal to a fellow church member. He will also equip us for every good work in our careers and our home life. He will give us grace in our calling to marriage or our calling to singleness. And he always promises to give us grace in our progressive sanctification. He will help us bear good fruit in accordance with his Word. We can follow down the same road as Christ and the Apostle Paul, who have both gone before us because he who calls us showers us with grace. 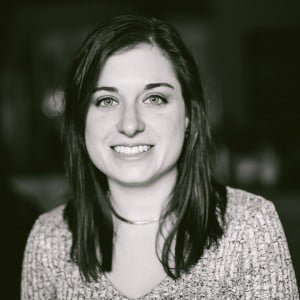 Liz Wann is a freelance writer who lives in Philadelphia with her husband and two sons. She is Editor in Chief at MorningbyMorning.org and regularly contributes to Desiring God, Think Christian, and Christ and Pop Culture.