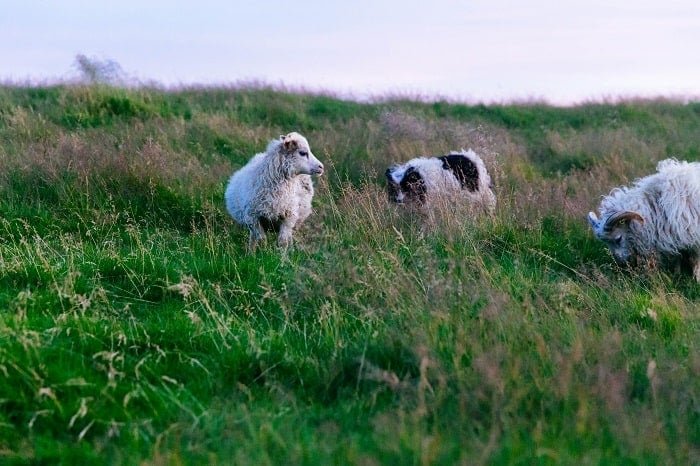 Once upon a time, there was a young sheepdog named Tag who lived in a house with a girl named Hannah.

In Hannah’s second grade class, it was a highlight of the year when students were allowed to share something special with their classmates. Sometimes a dad came in and talked about his job as a policeman. Sometimes a grandmother came in and talked about her experience as a child coming to this country as an immigrant. Sometimes – and these were the best times of all – pets came to class to be shown off as the best pets in the world (because of course, they were to their second-grade owners).

Hannah was looking forward to her special day and introducing her classmates to Tag. He’d been in puppy obedience school for a few weeks and was doing fairly well, so she was excited to show off his sits and stays and comes.

The week before Hannah’s week, her best friend brought her golden retriever into class to share with her friends. I was perplexed when Hannah came home from school that day with a sad face because I knew how much she loved Buddy. When I asked, she said, “Buddy is the perfect dog. He sat better than Tag could ever sit. He obeyed every command to lie down and stay and come. Tag is just a puppy. It’ll be embarrassing for him to follow Buddy.” I looked at her sad face to Tag’s inquisitive one.

“Let’s see if Tag will herd your classmates as if they’re sheep.”

Hannah’s eyes brightened, but she looked a little skeptical.

“He’s never done it before. He’s never ever herded sheep. No one’s ever taught him.”

“I know,” I said, “but they say that the Sheltie has bred into him the instinct to herd even if he’s never been trained.”

Quickly the sad face turned to smiles, and the inquisitive one erupted in barking. I talked to the teacher about the idea, and we started planning – and praying.

Hannah’s special day opened with overcast skies and fall temperatures that chilled to the bone. Keeping in mind that we were going to ask seven-year-olds to run around outside like sheep, I wasn’t too worried. Even though they didn’t have wooly coats, their natural wiggliness would help keep them from getting too cold. I plopped Hannah’s little brother into a car seat and called to Tag to join us, and we drove to the little Christian school where our experiment would take place. After explaining to the class about instinct and what herding dogs do (thankfully the movie about Babe the Pig had just been in the theaters the year before), I told them I wanted them to act like sheep, to jog around the school yard as a group, baa-ing and making sheep sounds. At first, I wanted them to stay together, I said, and then I would call to them when I wanted one or two of the “sheep” to break away from the herd.

Outside, I kept Tag beside me on his leash as the sheep started their circle around the field. He was anxious to join the fun, but I wanted the kids to find their sweet spot as sheep first.

Just as they passed in front of us, I dropped Tag’s leash, and said, “GO!” Believe me; I was praying hard. I’d never done this before, and I had no idea if this crazy pup was just going to head for the woods.

But with complete amazement, I saw my caramel-coated, perky-eared, tail-wheeling Sheltie take off barking toward the group, never aggressively moving in, never barking in a frightening tone, but assertively circling those second-grade sheep and keeping them in a holding pattern until I gave him further instructions. I called to him to move them to the other side of the schoolyard, and he did. We did this twice. I called him to come to me, and I let the sheep begin to scatter again. He was jumpy and frustrated, but he stayed right beside me until I sent him out again to herd Hannah and her friends.

Now for the test. I called out to one of the boys and told him to run as fast as he could away from the herd. I watched Tag take note of the wayward sheep and bolt after him with such speed his legs were a blur, circling around him and barking him back to the herd, never making contact but always moving him toward the group. We repeated this a few more times, and then I called my herding hero to my side, where he gratefully dropped into a “lie down, ” and I ruffled his head and told him he had outdone himself.

I thought of this episode from over twenty years ago when a children’s Sunday School lesson called for a similar experiment to see if the “sheep” could attune themselves to the call of their “shepherds.” The class was divided into “herds, ” and each herd was assigned a shepherd (a teacher). While mingling and baa-ing and doing general sheep-type stuff, their shepherds, who were stationed in different parts of the room, were to call to their own sheep. As the different herds detected their shepherd calling, they were to respond to the call and gather with their shepherd.

This wonderful little activity reflects the illustration Jesus gave to his disciples as told in John 10. It’s a longer passage with several analogies given, but the most significant part of the lesson for the children was this from verses 3b-5: “The sheep hear his voice, and he calls his own sheep by name and leads them out. When he has brought out all his own, he goes before them, and the sheep follow him, for they know his voice. A stranger they will not follow, but they will flee from him, for they do not know the voice of strangers.” Jesus draws the clear parallel between himself and the shepherd toward the end of the passage: “I am the good shepherd. I know my own and my own know me, just as the Father knows me and I know the Father; and I lay down my life for the sheep. And I have other sheep that are not of this fold. I must bring them also, and they will listen to my voice. So there will be one flock, one shepherd.” (John 10:14-16)

Every day children are surrounded by countless distracting voices and siren calls for their attention. We may do our very best to restrict and limit the exposure to images and sounds that are too sophisticated or sensual or gruesome for their minds and hearts to be able to process without mature experiences and cognition. And we may succeed at that. We may even be able to limit influence from adults who may or may not project thinking from philosophies that harm.

But can we protect them from ourselves? Can they be truly safe if they are still at risk of our own follies and selfish motivations?

Even though there may be many shepherds and many herds, there is only one shepherd for each herd. And only the true Shepherd — only Jesus Christ — can call sinners to repentance and faith. Despite all the good intentions of faithful and clever sheepdogs, all they are able to accomplish is an interpretation of the shepherd’s commands. Dogs can’t save souls. They are, after all, just dogs.

There will be distractions from the sound of others calling their own followers, and it is important we train our children to know the sound of the One True Shepherd’s voice, given to us through God’s Word, to filter out the calls of the world, no matter how attractive, or right, or successful they may seem. Read to your children daily, help them memorize verses and passages that reveal the character and marvelous acts of their Rescuer, their Savior, Jesus. Show them that this is what you need as well. This is how to help them develop an attentive ear for the unique and lovely call of the true Shepherd. If it’s his word, it’s his voice.

There will also be occasional confusing voices from within the sheepfold. There will be times where it will be difficult to detect whether the call is truly coming from the shepherd, or from a misguided sheepdog. Sometimes we are the misguided sheepdogs: we think we have mastered orthodoxy, or we are convinced about a new method of evangelism. An earnest comparison to the Word of God will reveal that we have strayed from the path of His truth, and an honest confession will model for them how important it is to trust that God’s Word alone keeps His sheep safe. Attuning ourselves as well as our children to the principles of God’s Word will preserve us when not only misguided sheepdogs but wolves in sheep’s clothing come calling.