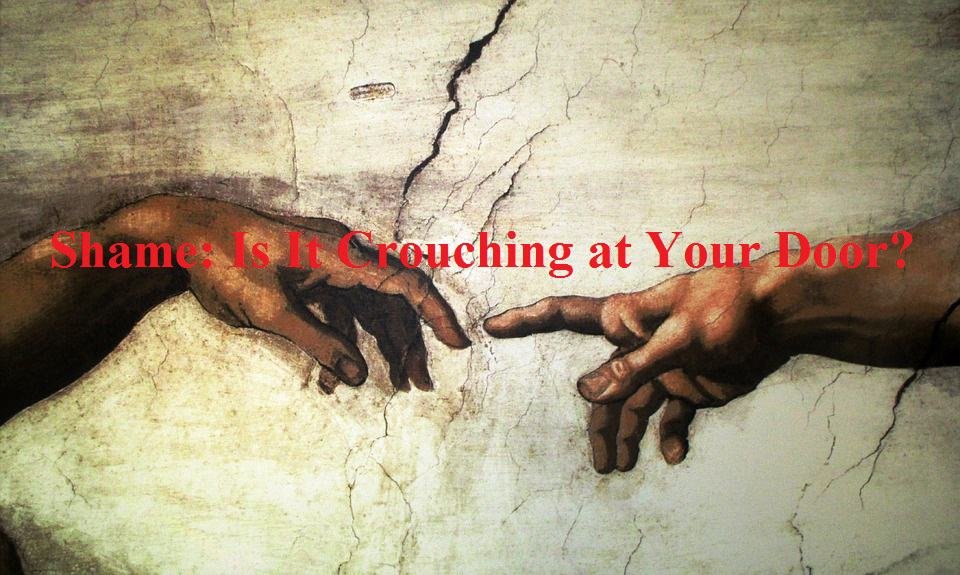 Shame: Is It Crouching at Your Door?

There’s a type of sadness that often lingers in the air in many counseling sessions. It isn’t always easily identified, especially early on in a counseling relationship, but through the process of listening and peeling back the layers and years of a person’s life story, it eventually rises to the surface.

It tries to hide, but once you see it, its presence in and influence over the heart is unmistakable. That it has to go is undeniable. We often confuse it with guilt, the legal term we assign to one adjudicated guilty of breaking the law.

But we aren’t dealing with guilt. That matter, for the follower of Christ Jesus, has been dealt with in the cross. For them, “there is no condemnation for those who are in Christ Jesus (Rom. 8:1).

Instead, the ugly beast we’re dealing with in this post is shame. One of the last vestiges and schemes of the devil in the life of a believer.

Put on the full armor of God to that you can take your stand against the devil’s schemes.

Through the sinister and enslaving power of shame, Satan intends to impugn, slander, and silence the Christian by tempting them to doubt the manifold goodness and wisdom of God who has in fact cleansed them from all unrighteousness.

Shame infects the lives of many who have been scarred by the effects of their own sin or the sins of others. It’s like the voice of the enemy, Satan, who’s not only the father of lies but who exists to accuse the saints before God (John 8:44; Rev. 12:10).

Whether a person was the villain or the victim (and we’ve all been both), shame tempts the heart to disbelieve that they have been clothed in Christ’s righteousness, but that they remain unclean and therefore unpresentable to God.

In his book Shame Interrupted, Dr. Ed Welch of CCEF defines shame in this way:

Shame is the deep sense that you are unacceptable because of something you did, something done to you, or something associated with you. You feel exposed and humiliated.

Each of these are indeed effects of the curse of sin and death, but they are effects that Christ suffered on our behalf and rescued us from once and for all, by grace alone through faith alone (Is. 53:5; Eph. 2:8-9).

The power of shame is found in its ability to lead the heart into hiding and isolation in darkness. We see its first handiwork when, rather than running to the Father in the garden at the first moment of rebellion, Adam and Eve hid themselves from God, and self-righteously attempted to cover their shame with leaves.

But God, being rich in mercy, provided them with animal skins, and thus began the greatest story of redemption known to man (Gen. 3:21; Eph. 2:4). What began as a sacrificial system of the blood of bulls and goats would finally give way to the sacrifice of his own son, the sinless Lamb of God, Jesus Christ (Heb. 9:22; 10:4).

For many, the experience of shame in the heart is debilitating. It’s foundational to much depression and anxiety. It can’t be treated medicinally because it’s not a physical pathology, but a spiritual reality.

Shame is a great enemy of the soul, but the gospel is its end. If you struggle with shame, sharing this with God through prayer and allowing another to bear your burden with you together carry the hope for freedom at last (Gal. 5:1; 6:2;Jm. 5:16).

Struggling sinner and suffering saint, in Christ, shame has no claim on you.

For encouragement, consider the words of the following great hymn produced by Ligonier Ministries, “Clothed in Righteousness”:

Exposed and full of shame

Fled we naked from Thy sight

Far from Thy holy Name

Clothe us in Your righteousness

Dress us in Your perfect garb

Both outside and within

Sent from the garden in the east

Outside of Eden’s gate

Banished there from Thy pure light

Were Adam and his mate

By Thy atoning grace

No work of ours is good enough

For evil to atone

Your merit, Lord, is all we have

It saves, and it alone