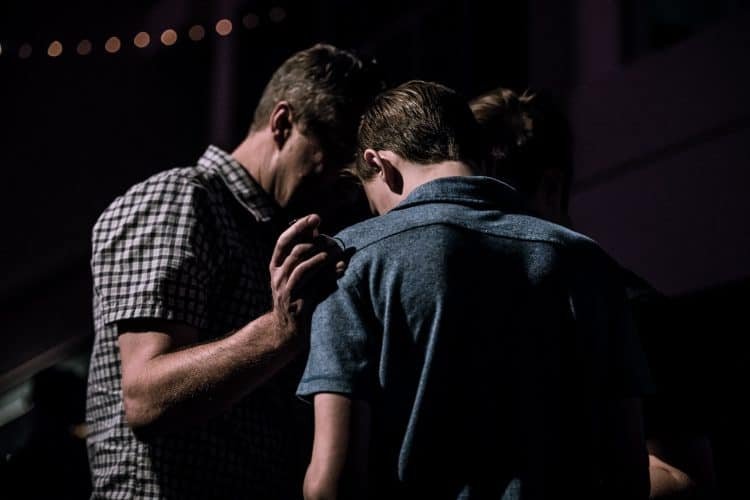 I love the local church. I have been a churchman my entire adult life. I have served in a church in some capacity whether it be a volunteer, intern, pastoral resident, small group leader, children’s pastor, youth pastor, or associate pastor since I turned 18. Before that I was continually serving in my youth group as a student leader, serving on the “Member-Guest Services” team, helping run the Pro-Presenter slides on Wednesday nights, and even singing with the worship team at times. Throughout all this, I have though remained unmarried, not out of choice, but simply out of circumstance and opportunity.

Serving in a church as a single man definitely has its challenges. There is the constant barrage of lovely senior adult women attempting to set you up with their granddaughters and great-granddaughters. The constant questions of “Why are you still single?” and “Isn’t it wrong for a pastor to be single?” Or, my personal favorite from well-meaning church members and fellow Christians “Pastor James, since you’re single does this mean you’re breaking God’s law in 1 Timothy?” All this to say that yes, there are unique challenges and unique situations you will find yourself if you’re single and serving in the pastorate or at a church, but all those awkward glances, stares, and questions from nosey folks is totally worth it because at the end of the day you’re serving for God’s approval, not man’s. You’re serving to glorify God and not yourself. You’re serving so that people can put their faith and hope in Christ and not themselves. My friend, you’re serving because God has called you and if he’s called you, then he’s equipped you with everything you need to accomplish the mission.

Serving as a single man in the church has afforded me many wonderful opportunities where being married could have been a distraction, albeit a good and godly distraction, but a distraction nonetheless. What I mean by that is as a single man when called upon by the church to lead and serve I’ve not had to consider what this new ministry assignment might do to my family, I’ve not had to consider how this new assignment might affect my marriage, or how this new assignment will bleed over into my home life. As a single man I’ve been on mission to Southeast Asia where it was best that I didn’t have a family in case I was captured and held for ransom by anti-Christian police, it was best that I was single as a youth pastor because I could spend my time going to all the events my students participated in from F.F.A cattle showings to football games to band concerts and even the occasional dance party as a chaperone. It was best that I was single when I was a church planting intern because it meant that I could leave at the drop of a hat to go off and help a new church plant in Portland, ME, Neosho, MO, or Seattle, WA.

Serving as a single man though has shown me the importance of family, specifically church family and how important those organic relationships are. It’s shown me how to be intentional, patient, forgiving, and humble because when you work in a church, you’re bound to deal with people’s sin and your own sin as well. Serving as a single man has been the best prep for marriage that I’ve found because it teaches you how to be sacrificial, it teaches you how to be loving, it teaches you how to put others needs ahead of your own, and ultimately it forces you to surround yourself with good and godly friendships who you can cling to in times of need, heartache, joy, sorrow, and celebration.

Serving as a single man has prepared me for not only being a husband, but also a father someday because in many situations as a children’s and youth pastor I was the only solid adult male relationship many kids had. I became a father figure to kids whose own fathers were in prison, had been killed in gang-related violence, were absent from their families, and some who were just workaholics who never had time for their kids. I learned how to love unconditionally, be a biblical disciplinarian, offer a loving correction, and demonstrated to kids from homes where the dad was a deadbeat what true biblical manhood looked like.

I want to close with this. Yes, the preferred marriage status for a pastor is probably to be married and not single for his entire life. There is a huge benefit to having a God called wife to work alongside you in ministry because the rigors of ministry can be tough. Thankfully, I’m well on my way to being married because God has brought into my life a beautiful godly woman who is quite suited to be a pastors wife. Yet, God called me into the ministry when I was single, and he’s continued to provide opportunities for me as a single pastor.

God hasn’t condemned me for my singleness, but rather he’s used my singleness for his good purposes and glory. I’ve often wondered if I’ve been doing the right thing by following this calling on my life, and when I look back on where God has taken me and what he’s done through me I know it was definitely a result of my obedience to him that I’ve come this far and seen the Kingdom advance.

Charles Spurgeon once said  “Don’t be a minister if you can help it,” because if the man can help it, God never called him. But if he cannot help it, and he must preach or die, then he is the man.”, so my friends if God has called you whether you’re single or not know that God will keep you and God will sustain you throughout your entire ministry. Ministry is not for the faint of heart, but it is for those whose heart belongs to God and for those who know that without serving the church and serving God they would be like a ship out on the ocean with no wind in their sails or a direction to go. Therefore, serve the Lord and be humble enough to learn what God is teaching you in your service to him and his bride. Don’t hate the state of life you’re in, but rather enjoy the opportunities God brings your way and continue to glorify God in all that you do.