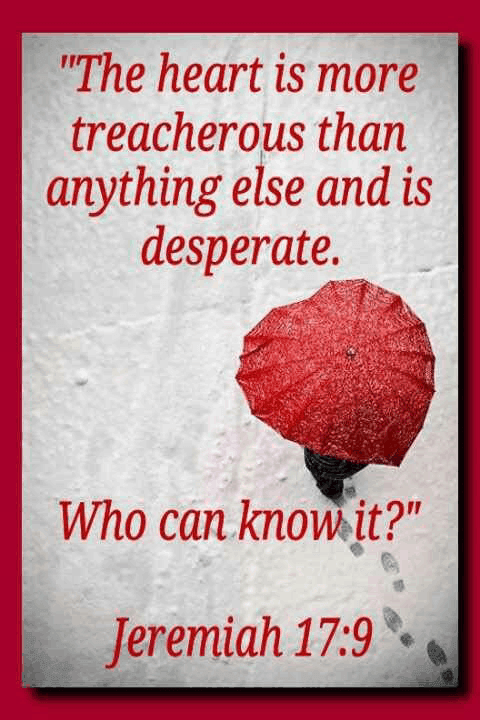 Searching Hearts and Testing Minds The God of Biblical Counseling

by Joshua Waulk | Jan 12, 2017 | The Doctrine of God: Eternal Creator and Redeemer, Featured

The Gospels record that those who heard Jesus teach were “astonished” and “amazed” by the authority with which He spoke (Matthew 7:29; Mark 1:22; John 7:46). Whether Jew or Gentile, Jesus’s audiences were frequently captured, not only by His knowledge of God’s word, but by His commanding application of it to life.

Whereas the Scribes and Pharisees turned God’s righteous law into an impossible burden for the people to bear, Jesus brought hope through the Good News of God’s mercy and grace (Matthew 23:4; 11:28-30). Two thousand years later, we see that while technology has advanced, the biblical diagnosis of man’s heart remains the same—it is “… deceitful above all things, and desperately sick” (Jeremiah 17:9). Likewise, the source of all true hope for lasting change remains constant—there is “…no other name under heaven given among men by which we must be saved” (Acts 4:12).

To be sure, the culture of modern man has its own unique blend of complexities when compared to that experienced by the first century church, but at the level of the heart, “there is nothing new under the sun” (Ecclesiastes 1:9). Despite great gains in the realm of our understanding of the physical universe, we remain great sinners who suffer great pain, and who desperately need the redemptive hope of an infinitely greater God.

Like our first century forebears, we seek one who will speak with authority into the darkest recesses of our hearts. We intuitively know that life is not as it should be, and so we all, Christian and non-Christian alike, search for someone or something that will bring relief to the over-pressurized cabins of our fast-paced and trouble-filled lives. Here, we recall the words of St. Augustine, who in his Confessions wrote, “You made us for Yourself, and our heart is restless until it finds its place of rest in You.”[i] The question is, who is the “You” to which Augustine refers, how can we know Him, and what is He like? These questions all relate to the Doctrine of God, a foundational doctrine for true, biblical soul care.

As Christians, we are called and privileged to draw near the same Jesus, the perfect God-Man and second person of the Trinity, who opened the minds of the early disciples, and who helped them find rest for their souls through a right understanding of the Scriptures (Matthew 11:28; Luke 24:25).

Sadly, the church at large throughout much of the 20th century, influenced by theological liberalism and modernity, moved away from Reformation principles such as Sola Scriptura. Increasingly, it embraced the theories of modern psychology for the care of souls, themselves devoid of and even set against Gospel categories such as the doctrine of sin, a robust Christology, and certainly a biblical Doctrine of God.

In recent years, a growing population within the church has embraced the movement of soul care known as biblical counseling. Biblical counseling can be described in a variety of ways, but at its core, its uniqueness, as compared to the multitude of ever-increasing secular counseling paradigms, is its rootedness in theology, to include an orthodox Doctrine of God.

While the Doctrine of Scripture (i.e. inerrancy, authority, sufficiency, etc.) is the focus of much of the attention from both proponents and opponents of biblical counseling (and understandably so), standing behind this debate is the belief in or denial of the God of the Bible who reveals Himself in its pages and who inspired its authorship from first to last (2 Timothy 3:16; Hebrews 11:1-2).

It can be argued, therefore, that the Doctrine of God is central to how or even whether the church will ultimately choose to care for souls according to the wisdom of God or the wisdom of man (Isaiah 55:8; 1 Corinthians 1:18). Knowing this God according to His character and His attributes, then, is of supreme importance to the task of counseling hurting and troubled lives. Why? Because all counseling theories have both a foundation and a destination. They either begin and end with man’s fallible and self-declared purposes for life, or they will have as their unique focus the God who searches the heart and tests the mind (Jeremiah 17:10). No counseling theory is neutral toward the Christian Doctrine of God (Matthew 12:30).

It has been observed that counseling theories attempt to answer, at a minimum, the following three questions: (1) What or who is man? (2) What is the problem? (3) How is the problem resolved?

While most counseling sessions do not begin with an in-depth discussion of biblical or even secular anthropology, the basic assumptions held by the counselor and counselee regarding this particular question are always present, and therefore influencing the direction of counseling.

Is man an autonomous, self-sufficient being whose problems come from without and whose hope springs from within? Or, is he a created being who is utterly dependent on a transcendent Creator? Every counselor counsels out of an answer to these questions, and every counselee, at least at the start of counseling, will have already begun attempting to resolve their problems according to their held beliefs.

The Doctrine of God, which develops from Scripture what we can know about His character and attributes, helps us to provide direct answers to the first question, which then helps pave the way to those that follow, including questions that relate to the doctrine of man. If God precedes man, and biblical counseling holds that He does, then the Doctrine of God helps us build the grid through which we observe and interpret the problems that people face, whether sin, suffering, or both.

Among other things, the Doctrine of God influences biblical counseling by instructing us that God is everything that we are not.[ii] Whereas secular counseling theories terminate on man, God himself is the biblical counselor’s destination. He is the One whose image the counselor works and prays to see restored in the heart of anxious, depressed, fearful, fighting, and grieving people (Genesis 1:26).

A Doctrine of Help and Hope

If there is anything that must be said about the Doctrine of God as it relates to counseling and soul care, it is that the doctrine is not one of scholarly pursuits alone, but it is a doctrine for every believer that pours forth help and hope for hurting hearts and troubled minds.

Heath Lambert wrote, “Far too many Christians think that the God of the Bible is a negotiable subject in the conversations we call counseling.”[iii] This is an unfortunate truth, because in the presence of God “… there is fullness of joy” (Psalms 16:11). The Doctrine of God is a vast expanse that covers a multitude of unique facets that invite us to know who God is. Whole chapters in books and volumes have been dedicated to exploring His omniscience, omnipresence, omnipotence, holiness, aseity, infinity, eternality, and other theological concepts. Not one is more important than another, and not one can be spared, for God is all of them all of the time in equal measure.

Within this great doctrine of the Christian faith, people who seek biblical counsel have the hope of discovering the God who transcends all that they are in what are known as His “incommunicable attributes,” that is, those things which He does not impart to man.

And yet, they receive the hope that in His great love He invites them to partake of certain other attributes that He is well pleased to share, that is, His “communicable attributes”. Through the redemption He offers them in Christ alone, the goals of true soul care are made known and possible.