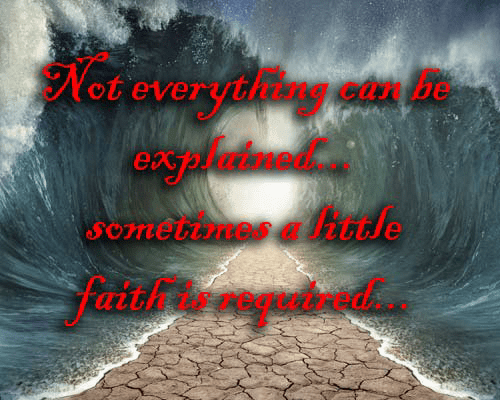 by Georgia Purdom | Nov 10, 2016 | The Beginning of Redemptive History through the Lives of Adam and Eve, Featured

As a scientist and Christian, I have come to the conclusion that the Bible serves as an essential foundation for understanding science, in the past and present. While I would expect atheists to object to this concept, I find that even many Christians object. Why is that? Why do Christians believe the Bible doesn’t serve as a foundation for biology, geology, and astronomy?

In our recently published book, Already Gone, the research shows that many “20 somethings” have left the church because they question the truthfulness of the Bible, especially as it concerns the age of the earth. As children, they were typically taught Bible “stories” in church. They were shown bathtub-shaped arks overflowing with colorful animals but no mention of fossils, rock layers, and animal kinds. Curriculum publishers, Sunday school teachers, and parents failed to connect the Bible to the real world. So, these children learned that you go to school to learn about history and science, and you go to church to learn moral “stories” and spiritual truths.

Jesus Christ says in John 3:12, “If I have told you earthly things and you do not believe, how will you believe if I tell you heavenly things?” The earthly things can be categorized into areas such as biology, geology, and astronomy—and their foundation is in the book of Genesis. Biology and astronomy started in Genesis chapter 1 with the creation of plants on Day 3 and the sun, moon, and stars on Day 4; animals and man were then created. Also, geology must be understood in light of the account of the worldwide Flood cataclysm of Genesis 7.

Jesus’s words in John 3 help us understand that the Bible is the foundation for our understanding of the real world, and it can be trusted and is the ultimate authority no matter what it speaks on (from biology to salvation)! Sadly, many children are being taught in schools and some churches not to trust God’s Word in Genesis. This leads them to question the truthfulness of all of Scripture, and as young adults, most decide Christianity is irrelevant—and they leave the church.

What are We Going to Do About It?

We need to be equipped to teach young people (and adults) to see and draw connections between the Bible and the world around us. This means educating ourselves in the basics of biology, geology, and astronomy—as founded in Scripture. This does not have to be a daunting task. We can be sure that our efforts will be well rewarded and blessed by the Lord (Proverbs 22:6).

Learning to answer your child’s and other people’s questions about science may be easier than you think. For example, I am often asked about the similarities between human and chimp DNA. The similarities are often used in many science textbooks and class lectures to support the idea of common ancestry. But a logical fallacy (something called “affirming the consequent”) is often committed with these types of arguments. (Don’t let those words put you off; follow me here.) The argument is typically stated this way:

But the DNA could be similar for reasons other than a common ancestor. So, the conclusion does not necessarily follow from the observations. Thinking correctly—and being able to spot when other people are not thinking correctly—will enable you to answer many questions related to science. Answers in Genesis has published numerous resources that answer all kinds of questions, from chimp DNA to the geologic column to the big bang—and at a level anyone can understand.

Paul exhorts us in 2nd Corinthians 10:5 to “demolish arguments” and “take captive every thought to make it obedient to Christ.” Get equipped and be prepared to give answers (1st Peter 3:15) that connect the Bible to science and the world around us, so that the next generation will defend God’s Word as the ultimate authority. 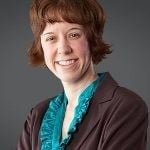 Dr. Georgia Purdom received her PhD in molecular genetics from Ohio State University. Her professional accomplishments include the winning of a variety of honors, research presentations at national conferences, and the completion of six years of teaching at Mt. Vernon Nazarene University (Ohio), where she served as a professor of biology.