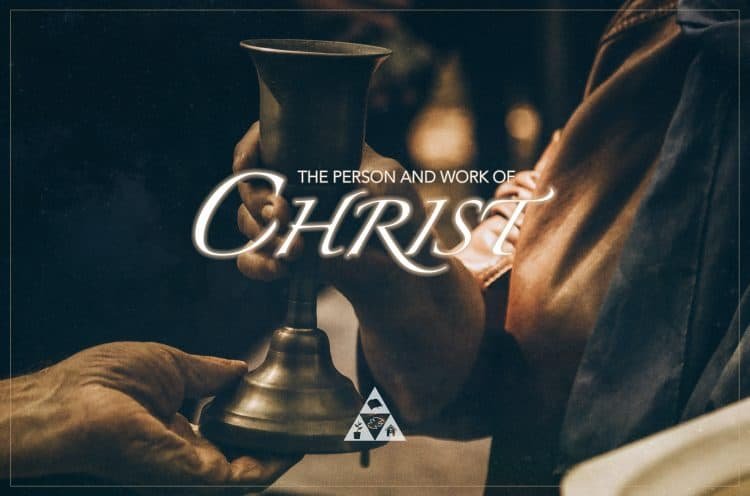 “And going into the house, they saw the child with Mary his mother, and they fell down and worshiped him. Then, opening their treasures, they offered him gifts, gold and frankincense and myrrh” (Matthew 2:11).

There is a library full of lessons in this single verse of Scripture. From this text, we learn about true faith, the purpose of our existence, the nature of worship, and the supremacy of Christ. Perhaps the best way for us to consider these lessons is by asking some potent, personal questions that Matthew gives us here.

Who is it that comes to worship this young child, born to poor and unremarkable parents? Because not everyone in Matthew’s narrative responds in this way. It is strikingly clear, in fact, that there is a wide disparity in the reactions to Jesus’ birth. We might categorize them accurately under three very different headings: hostility, apathy, and glory.

Herod was deeply troubled when he understood that the Messiah might be born any minute, inside his realm. Herod, the king, was not interested in sharing his power or wealth with the King of the Jews. While his manner toward the magi was congenial and accommodating, there was murder in his heart. His response to the coming of the Christ was intense, violent hostility.

Herod felt that his self-centered, self-exalting throne was threatened. He had himself been publicly and authoritatively declared “King of the Jews” in 40 B.C. by Octavian and Antony. But even the full force of the Roman Empire did not make him feel secure in his position. He had already killed a wife, some brothers-in-law, and two of his own children out of insecurity and jealousy. The idea of being supplanted from his throne planted constant fear and resentment in his heart.

Lest we think Herod an unusual case, remember that this is precisely why some people still reject Jesus Christ today. There is an immediate and vehement hostility among many toward anyone who threatens to dethrone their sense of personal autonomy, their self-centeredness. Instead of embracing the coming of Christ, they do everything in their power to throw off the proofs and power of His reign over them.

When Herod consulted the chief priests and scribes concerning the prophesied birthplace of the Messiah, the priests immediately and unanimously confirmed the answer from the Scripture but were utterly unmoved by it. While they were intimately acquainted with God’s Word, they did not express the least interest in pursuing and worshiping the Messiah whom the Magi were seeking.

Again, this response to Christ’s coming is all too common today. On the one hand, there are numerous scholars and theologians who have acquired a vast knowledge of Scripture, and never taken a personal interest in it. I remember discussing soteriology with one of my English professors in college, who also happened to be a scholar of Dutch Reform theology. After a very informative and intelligent review of the doctrines of grace, he then informed me in no uncertain terms that he was an unbeliever, utterly untouched by the truths he had studied.

Likewise, there are countless members of the church today who have grown so familiar with the gospel message that they have begun to devalue it in their hearts and lives. As every preacher in the West today probably knows, the most impenetrable armor against the gospel can be the familiar, lifelong knowledge of it. Some so-called Christians have taken small, regular doses of the Scriptures all their lives until finally, they have developed immunity to its message.

The chief priests in Herod’s day were even willing to point others to the Savior but would not worship Him themselves. They were five miles from the Son of God but did not go to see Him!

I wonder how many of us have been guilty of talking about, and pointing to, Jesus Christ for many years without actually visiting with Him, without engaging in personal, heart-deep worship of Him?

Apathy is perhaps the most common response to the coming of Christ for wealthy Americans today. But interestingly and revealingly, it was not the Jews, but a handful of Gentiles, who recognized the King of Jews, not only at His cradle but also at His cross. Rather than teaching “all religions lead to God,” this illustrates the fact that divine illumination is necessary for salvation.

One can be exposed to the truth (even the person of Christ himself), but to respond with genuine faith rather than hostility or apathy requires grace. The high priests and scribes prove that you can be in God’s religion and still not see Jesus for who He is. It is not enough to be in God’s religion; God’s religion must be in you!

Imagine the predicament of the Magi. They had traveled so far, in hopes of finding the King of the Jews, only to find Jerusalem indifferent and unaffected by the very news that thrilled and inspired them. But perhaps the greatest test of the Magi’s faith took place when they found the King of the Jews, not in Jerusalem, but in lowly Bethlehem; not in a palace, but in a poor house; not being adored, but being ignored.

Despite all these tests to their faith, their response was to glory in the presence of the God-child: “going into the house, they saw the child with Mary, his mother, and they fell down and worshiped him.” The saw the small house, the lowly mother, the young child—but they saw infinitely more than just that. They saw a King who was worthy of their worship.

What is our purpose?

For his own glory, God made the sun stand still in Joshua’s day, and he made the sun go backward in Hezekiah’s day. For the glory of his Son, God made a star to appear, disappear, reappear, move from North to South, and then finally hover over a single house. God was guiding the Magi to Jesus—God wanted his Son to be worshipped!

Matthew tells of God conducting the cosmos to bring Gentiles to worship his Son. For what purpose do you think we have been brought into this world? As Paul so eloquently, pointedly reminds us, “from him and through him and to him are all things. To him be glory forever” (Romans 11:36).

This is the constant theme of the Psalms. We are continually being called to give glory to our God: “Ascribe to the LORD the glory due his name” (Psalm 29:2). No one is excepted from this call: “Let everything that has breath praise the LORD!” (Psalm 150:6). Charles Spurgeon called passages like these “the church bell of the universe,” ringing all of humanity to give to God the praise He is due.

What does it mean to praise the Lord? What is the nature of genuine worship? Again, we receive a lesson from the Magi. We read in verse Matthew 2:10 that they rejoiced when they finally discovered the Son of God. In fact, we are told that they “they rejoiced exceedingly with great joy”—a kind of quadruple gladness! For all the hostility of Herod and apathy of the Jews, the Magi were abundant in their glorying. But we can hardly help noticing that their worship involved more than just emotion. When they saw Jesus, they reverenced him by falling before him; then they opened their treasures for him to receive.

From the Magi, then, we get this powerful object-lesson in worship. Genuine worship is self-humiliating, treasure-opening, joy in Jesus.

We cannot worship without rejoicing in Christ, without humbling ourselves before him, without opening our greatest treasures to him. Any attempt to worship Jesus while still holding on to our self-esteem and pride will be a failure. Any worship that does not include offering him the very best of our time and energy and money—our treasures is not genuine worship.

To Whom Goes the Worship?

While it is included in the definition of worship given above, it is worth particularly noticing that genuine worship must be in Jesus. The Magi saw the son and the mother, but they only worshipped him. It’s all about Him!

Like the magi, we should be asking concerning Christ, “Where is He?” Is he at the center of your life, your hope, your joy, your work, your family, your affection? If so, then worship today with self-humiliating, treasure-opening, joy in Jesus.