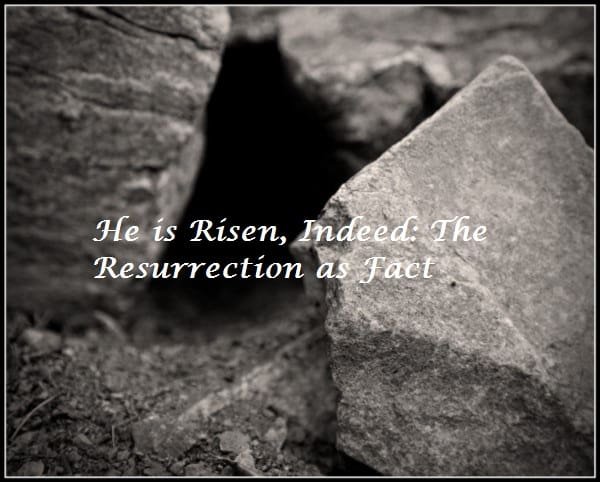 In approaching Easter, we come closer to the day in which many will pile into churches across the land, singing songs about Jesus being alive, and powerful accounts from the Gospels will loudly proclaim the resurrection of Jesus. It is a magnificent story, a fascinating narrative. Unfortunately, however, some view the resurrection as simply a story, as simply a narrative. Ironically enough for a story about something being made alive, many of us experience a disconnect when it comes to the resurrection story, because it doesn’t vitalize us.

There is a deep and dark part of our Christian faith that struggles to wrap our head around this critical moment of the story of Christ. Although we sing that Jesus is alive, do we truthfully, honestly treat it as a historically reliable, verifiable, and unquestioned happening? When pressed to affirm such statements, the confidence begins to lose its grip, the doubt begins to creep in. Who can blame us, right? For one, we have weak, feeble minds; to conceptualize a crucified man, covered in blood and gore and spit and sweat, lying in a mammoth grave for three days only to walk out virtually unscathed by the matter is so cosmos-altering, so against the grain of the natural human experience. But to make the matter more perplexing, it happened over 2000 years ago. We are so distant from the event. All we have to go on is what has been passed down and ultimately our faith.

Above are ten talking points which Warfield builds his case with for the truth of the resurrection. He says it poignantly here: “The empty grave is alone enough to found all Christianity upon.” We celebrate Easter this Sunday, because the man Jesus Christ historically, factually rose. The proofs do not end here, and this isn’t the end-all-be-all on this conversation. After all the evidence, all the history, all the facts, we are left, awe-struck, with only one explanation for what happened that Sunday morning.