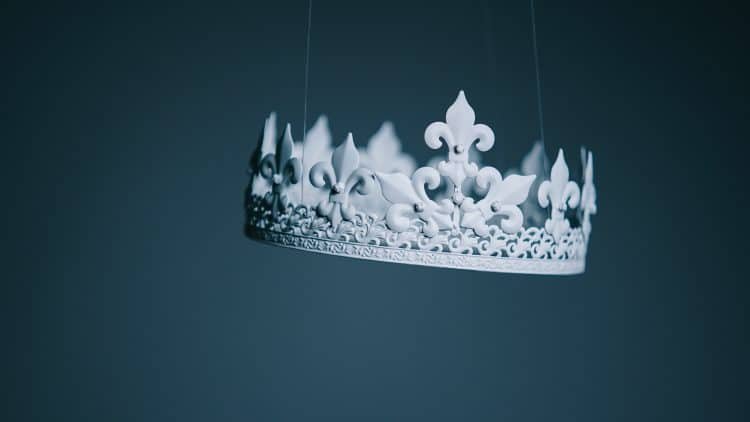 Reigning with Christ on Daily Mission

Perhaps you’ve glossed over this verse before: “And when he [Jesus] had said these things, as they [the disciples] were looking on, he was lifted up, and a cloud took him out of their sight” (Acts 1:9). To give another perspective on this event, Mark shares that, “The Lord Jesus, after he had spoken to them [the disciples], was taken up into heaven and sat down at the right hand of God” (Mark 16:19).

The anticipation of the Old Testament, as well as the resounding message of the New Testament, is that Christ is King. This is not an empty saying. It means something. The writer of Hebrews says that, “When Christ had offered for all time a single sacrifice for sins, he sat down at the right hand of God, waiting from that time until his enemies should be made a footstool for his feet” (Hebrews 10:12-13). The verse alluded to here in Hebrews is found in Psalm 110 (which just so happens to be the most quoted Psalm in the New Testament). Jesus uses the same verse to vindicate His ministry, claiming that David was writing about Him (Matthew 22:41-46).

The Exalted King in the Old Testament

The theme of an exalted King to come is all over the Old Testament. Isaiah says that this King’s “temple” will be established “as the highest of the mountains, and shall be lifted above the hills; and all nations will flow to it” (Isaiah 2:2). Later Isaiah says that this Son would be given and “the government shall be on his shoulder…Of the increase of his government and of peace, there will be no end” (Isaiah 9:6, 7). Fast forward to the time of the Babylonian exile, and we find Daniel interpreting King Nebuchadnezzar’s dream. The dream showed a stone that struck the feet of the statue which symbolized the coming nations of Babylon, Persia, Greece, and Rome. The kingdom “stone” broke the entire statue so “not a trace of [the kingdoms] could be found” (Daniel 2:35). The stone grew into a great mountain that would fill the earth. Jump over to Daniel 7 and we see the vision of the Son of Man who comes up to the Ancient of Days and “to him was given dominion and glory and a kingdom, that all peoples, nations, and languages should serve him; his dominion is an everlasting dominion, which shall not pass away, and his kingdom one that shall not be destroyed” (Daniel 7:14).

Verses like these are what we find as the backstory to Christ’s ministry on earth, and the overwhelming consensus of the New Testament writers is that all of this is now true. Peter affirms it in Acts 2, and the rest of the Bible sets its context inside the end of the ages (1st Corinthians 10:11) that happened in A.D. 70 with the destruction of the Temple. Because the Old Covenant has passed away, the New Covenant has come, and with it the newly crowned King. The millennial reign of Christ as King is now. Jesus has all authority in Heaven and on Earth (Matthew 28:18).

Now, lest we see this as irrelevant for us who serve as God’s ambassadors and vice-regents, pay close attention to what Paul says in Ephesians as he affirms what has just been laid out above: “He [God] worked in Christ when he raised him from the dead and seated him at his right hand in the heavenly places” (Ephesians 1:20). Notice the connection: Resurrection, then Kingdom. The resurrection of Christ is intimately connected to the ascension of Christ, and both serve as events confirming that the kingdom of God has indeed come.

But please do not miss what happens next, because this is crucial for the Christian and his implementation of the Kingdom of God in his life. Paul uses nearly the same language to describe our union with Christ: “He [God] raised us up with him [Jesus] and seated us with him in the heavenly places in Christ Jesus” (Ephesians 2:6). The context of Ephesians 2:1-5 has to do with resurrection language that is employed when describing our salvation. We were dead, but God made us alive. And not only did he make us alive, but we are also now reigning with Christ in his perfect Kingdom.

Seated with the King

Where have we heard that before? You guessed it: Revelation 20. When you participate in the first resurrection (the rebirth; cf. John 5:25), you are blessed because death has no power anymore— Jesus’ death has broken it. Not only that, you reign with Christ. You have been (past tense) seated with the King.

This is where you and I come in. It is time we see our lawn mowing, dish washing, gardening, and work as Kingdom business. I heard a pastor recently describe some of his extracurricular activities as having “nothing to do with the Kingdom”. I beg to differ. Whatever you do, do it for God’s glory because God’s glory is now on full display (1st Corinthians 10:31). It will fill the earth (Isaiah 11:9). All of this is about dominion. And dominion is about man ruling the earth on behalf of Christ. We seek justice in the Church, the family, and the state. We labor not just for souls to be saved, but for society to be transformed. Certainly this cannot happen apart from the regenerating work of the Holy Spirit in the souls of men, but the Kingdom truly affects everything. When Christ issued His decree as the King of the Universe, it was a decree to make disciples. What is a disciple? Someone who is baptized (a part of the visible Church) and obedient to the word of God (that’s why Jesus told us to teach the nations to observe everything that he commanded).

To the stay-at-home-so-you-can-build-a-home mom: diapers are about the Kingdom—for how else are we to leave a legacy for generations to follow? Fathers: your work to provide for your family absolutely matters. It matters that you contribute to society with the sweat of your brow. Parents: train up your children in the knowledge of God. Farm the land; build business and do economics; do accounting to the glory of God. Why? Because you reign with Christ. And Christ is in the process of putting all His enemies under His feet (1st Corinthians 15:25). The “subdue the earth” command Adam forfeited, the Second Adam recovered. That’s why the ascension of Christ matters. That’s why you matter.