Who has not heard about Charles Spurgeon, David Brainard, and George Whitfield? When we think of these names, we can draw a direct line to one common theme through all of their lives. That theme is that they were all effective and prolific evangelists. Whether it was preaching to enormous crowds, a large assembly of people, or the open lands of the American frontier, these men laid foundations which the Lord has used to bring about (probably) thousands of conversions.

One evangelist that people tend not to know about, however, is Samuel Davies. I knew nothing about this man until last year (2020), when it was announced that his sermons would be reprinted by Reformation Heritage Books (Soli Deo Gloria imprint). I was immediately interested as I try to be evangelistic in most of my preaching. At the same time, evangelism forms an important core for my work on the mission field in Romania. A dear friend of mine kindly offered to purchase the set for me, and I waited in eager anticipation for its arrival. When they finally arrived, I held in my hands three beautifully bound hardback volumes of original sermons preached almost three hundred years ago.

Reading these volumes was no less than an inspiration to me. Joel Beeke and his team have done an excellent job in preparing and reprinting these excellent volumes.

With such a diversity of views, what can we say in response? Personally, I reject the first of these views; that preaching should be a form of entertainment. It is clear in the Bible that preaching exists for the spiritual building up of those who hear (Mk. 16:5; Acts 10:42; 1 Cor. 1:21). Under this view, the Word will either impact people’s hearts for change or harden them even further into self-conceit (Is. 55:11). But for the Word to be proclaimed in a way that is faithful to its own essence, it cannot be hidden behind the guise of entertainment, storytelling, or jokes. The Word of God must be proclaimed in its essence and profundity in order for our task to be called preaching.

So the question remains, “What should preaching be? Should we be building people up on the Word in doctrine, or should we be preaching for the conversion of souls?” I would answer that we should be doing both in our preaching. The Reformed movement generally gets the teaching part correct but can often do better with evangelistic preaching. It is excellent when a preacher can do a detailed exegesis, revealing the nuts and bolts of a passage. However, when it comes to preaching those details to lost souls wandering through this broken world, what do we do?

There is not a single sermon in that entire set by Davies where the Gospel is not preached, which is why we should look at the sermons of Samuel Davies. Davies was successful in examining and exploring his given biblical passages, but he never did so without appealing to the lost souls that may have been in his congregation. Because of this attitude, Davies is regarded as a key component in the leadership of the southern phase of the Great Awakening.

Imagine if every Reformed preacher had the same attitude as Samuel Davies. Imagine if we all stood in the pulpit week by week with a faithful exegesis that we could apply to our people and in a way that appeals to the lost souls that may be in the room as we preach. We would have what Davies, Edwards, and Whitfield had if more preachers would preach in this way. If we train our people to bring lost souls into the Church, we can do our part by preaching the gospel to them, and in time we will see our churches grow. This would mean that Christianity would spread in our towns and communities, making Christian ethics more accepted.

You heard right. We win the battle for culture through evangelism. We must take important stands against postmodern ideas, but the battle is won through evangelism. Let us not only defend our walls as Christ’s Church but also expand our territory into this world to drown out the lies of worldliness. Davies knew this, which is why he was effective in his work towards slaves. He knew that evangelistic preaching and education makes a difference.

Having read this, you may now think, “How can we do this?” The question has a very simple answer. Read the sermons of Samuel Davies. There you will find a great deal of evangelistic preaching which will help inform your attempts to be evangelistic in your preaching. If you are a layperson, consider helping your pastor by giving him a gift of this set. If you are a preacher, consider buying this set and reading its pages soaked in the compassion for souls.

How can we finish this subject without going a bit deeper into the sermons of Samuel Davies. As you read this section, I hope you will be fired up with a passion for buying these sermons and read through them. This man was a firm believer in biblical truth, which can be seen all over his sermons, but he also boldly proclaimed the truth about sin and hell. Today, men preach cowardly, hoping not to offend anybody. Davies was not such a man. Compare the following statement to the preaching that most people typically hear today: “I cannot but fear, after all, that some of you, as usual, will continue careless and impenitent. Well, when you are suffering the punishment of this sin in hell, remember that you were warned and acquit me from being accessory to your ruin.”[i]

These bold words are the kind that we need to hear in pulpits today, words that bring conviction and strike the core of all people’s hearts. People need to know that they are sinners and that they are on their way to hell because of their sin.

Davies’ sermons are full of such ideas about hell and sin, and ours should be too. I am not saying that every sermon should be an exegesis on sin and hell, but every sermon should bring people to see their sin in some way so that the Savior, Jesus Christ, may be magnified. For believers, that will mean correction, and for non-believers, that will (hopefully) mean repentance.

Another aspect of Davies’ evangelistic preaching is how he illustrated the reality that hell-bound sinners have rejected their God. The Creator of the universe, the One who sustains all of existence (Col. 1:17), has been rejected by His feeble and measly creation. Davies shows clearly that sin is not merely something which leads to Hell, but something that estranges us from God:

“Let me ask you, Who is this that reigns King of the universe? Why it is he whom you have rejected from being King over you; it is he against whom you have rebelled, and who is, therefore, your just enemy.”[ii]

Such statements in preaching show that not having a loving relationship with the Creator is the worst part of hell and sin. Such things can shake a person into a realization, which leads to repentance. Above all, the key component in evangelistic preaching (which is seen in Davies’ preaching) is that we can come to Christ for reconciliation.

Sinners we may be, estranged from God we may be, but Christ offers hope to those who will realize the truth about their fallen human condition and come to Him in repentant faith. We can spend all our preaching time thumping the pulpit and decrying sin. We can spend all our time referring to the terrors of hellfire and separation from God. But if we do not draw people to Christ, then we have failed in our mission. If we do not point people to the cross when we speak of sin, then we fail to be evangelists who care for the souls of those to whom we minister.

Davies brings this home with statements like the following:

“Oh, sirs, when God shall commission death to tear your guilty souls out of your bodies…when you shall find yourselves condemned to everlasting fire by that Saviour whom you now neglect, what would you then give for a Saviour?”[iii]

Davies understood his own soul’s condition, his need for repentance towards his Savior, and the need to share that good news with others in his preaching.

Such courageous and compassionate preaching has been mostly lost from the Reformed movement. Now that sparks are once again rising in the direction of evangelism let us take this opportunity to preach evangelistic sermons that bring sinners face to face with these realities. Let us proclaim the truth that our Savior can bring peace and eternal life. If you are a preacher, then I beg you at this moment to be more than a “teaching preacher.” Get into people’s lives with the Word of God and preach the gospel every time you stand up to speak. Disclose the reality of sin and the wide road to hell. Show people how their path can be illuminated to salvation in Christ alone. 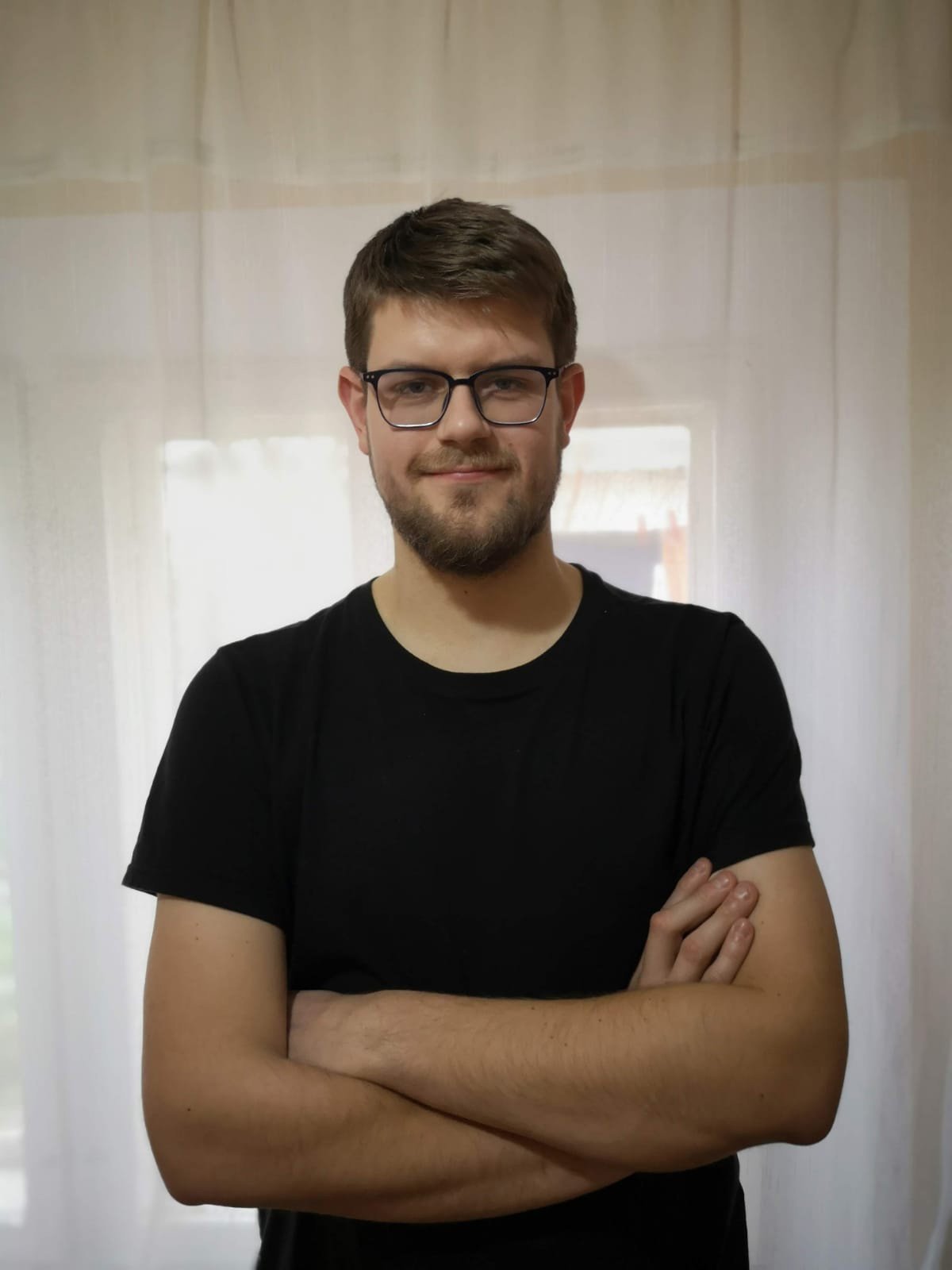