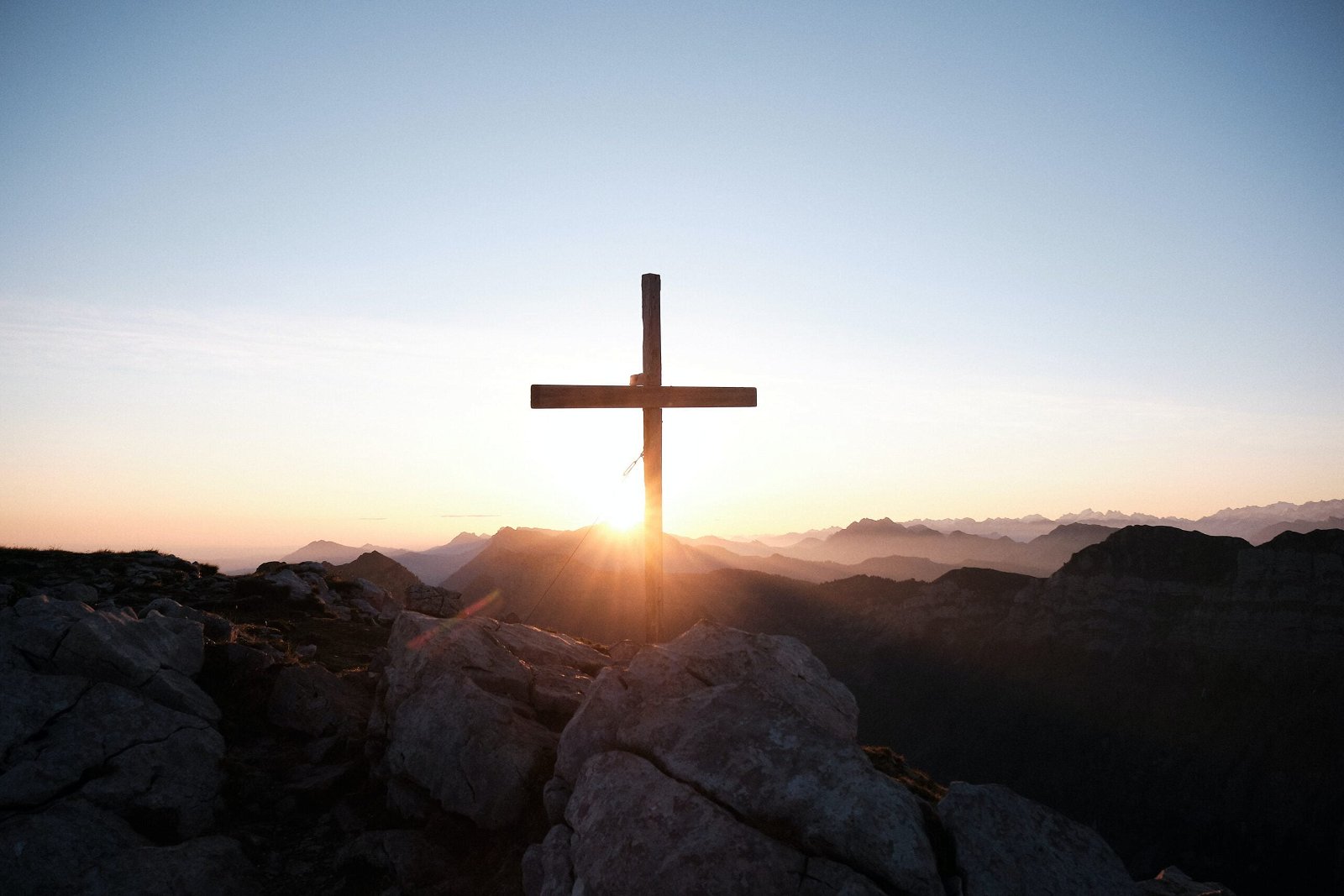 In this verse, we find one of the greatest divine mysteries: The Lord Jesus Christ coming as the God-Man to save sinners. The infinite, eternal, and unchanging God becomes a man. The One who dwelt for all of eternity with God the Father and God the Holy Spirit in perfect love and joy and pleasure (John 1:1-2; Psalm 16:11), who all things were created through (John 1:4), and who was surrounded by the praises of the heavenly hosts crying out day and night, “Holy, Holy, Holy is the LORD of hosts; the whole earth is filled with his glory!” (Isaiah 6:3)… left His glorious abode to dwell with sinful man in this Post-Fall world.

Jesus Christ: Fully Man
What a startling mystery is this: The Son of God was made flesh! He was made like us in every way, yet without sin (Hebrews 2:17). God eternal as a helpless babe, conceived by the Holy Spirit and born of a Virgin. God eternal grew from infancy to boyhood and manhood, both in wisdom and stature (Luke 2:52). God eternal hungered, thirsted, ate, drank, became tired, slept, felt pain, wept, felt joy, rejoiced, prayed, read the Scriptures, was tempted, and suffered, bled, died, and was buried. Jesus Christ became a man.

Jesus Christ: Fully God
Jesus Christ becoming a man does not imply that He ever ceased being the eternal God. When Paul wrote in Philippians 2:7 that Christ “emptied himself,” we must not think that it was His deity that He emptied Himself of, for in Him “all the fullness of God was pleased to dwell” (Colossians 1:19). Instead, it was His glory that He emptied Himself of. For He was “made for a little while lower than the angels” (Hebrews 2:7), and He “had no form or majesty that we should look at Him and no beauty that we should desire Him” (Isaiah 53:2).

O, what a low step that the eternal Son of God has made! From His throne of glory and majesty in the heavens to the dust of the earth! The One who is the object of the angels unceasing praise makes Himself lower than the angels, even to be ministered to by them! The God of all beauty, majesty, and glory is made a man! God in Christ changed water into wine (John 2:1-11), cast out demons, walked on water, healed the sick, gave sight to the blind, spoke and the seas obeyed, and rose again from the grave to ascended to the right hand of God the Father in the heavens! Jesus Christ was [and is] God.

This is the Incarnation’s central and glorious Christian doctrine: that God became a man in Jesus Christ. That “the two whole and perfect natures, that is to say, the Godhead and the manhood, were joined together in one person, never to be divided [or mixed], whereof is one Christ, very God and very man.”[1] The deity of Christ was never laid aside, only veiled. The manhood of Christ was never unlike our own, only without sin. Jesus Christ: Fully God, fully man.

Now that we have laid out the doctrine of the Incarnation let us now discuss why it was necessary for God in Christ to be made a man.

First, it was necessary for God in Christ to be made fully man because only a man can pay the price for a human being’s sin before a holy God. Hebrews 10:4 says, “For it is impossible for the blood of bulls and goats to take away sins.” The animals that were given to be sacrificed as substitutes for the sins of God’s people in the Old Testament law merely symbolized the payment for sin, but they did not accomplish it. It was not bulls, or rams, or lambs who fell into sin. It was mankind, in Adam, who had fallen into sin and needed rescue. A payment for the sins of God’s people was necessary, but only a human could substitute for human lives. And thus, God in Christ became fully man to pay the debt with His own blood, to become Himself the sacrifice for His people.

Second, it was also necessary for Jesus Christ to be fully God to pay the penalty for His people’s sin. As committed against an infinite God, sin deserves an infinite punishment. If indeed, it is true that “without the shedding of blood there is no forgiveness of sins” (Hebrews 9:22), then the blood which forgives a man’s sin committed against an infinite God must be blood of infinite value. Now here is the wonder of the Incarnation: that the blood with which the church was purchased was the very blood of God (Acts 20:28). Ah, what cause for humility! That nothing short of the pure blood of the infinite and holy God-Man Jesus Christ would suffice for the forgiveness of our sins! But oh, how sufficient is the sin atoning death of Jesus Christ! How powerful is the blood of God-Man Jesus Christ to cleanse us from all of our sins! How infinite in value is His righteousness when given to believers! How victorious is His resurrection, that He rose from the grave as God and ascended to the right hand of God the Father! And how qualified is Jesus Christ to be the one and only mediator between men and God (1 Timothy 2:5)! It is because Jesus is both fully man and fully God that He is able to sympathize with our weaknesses (Hebrews 4:15), to be our Advocate (1 John 2:1), and to intercede for us as our Great High Priest (Romans 8:34). 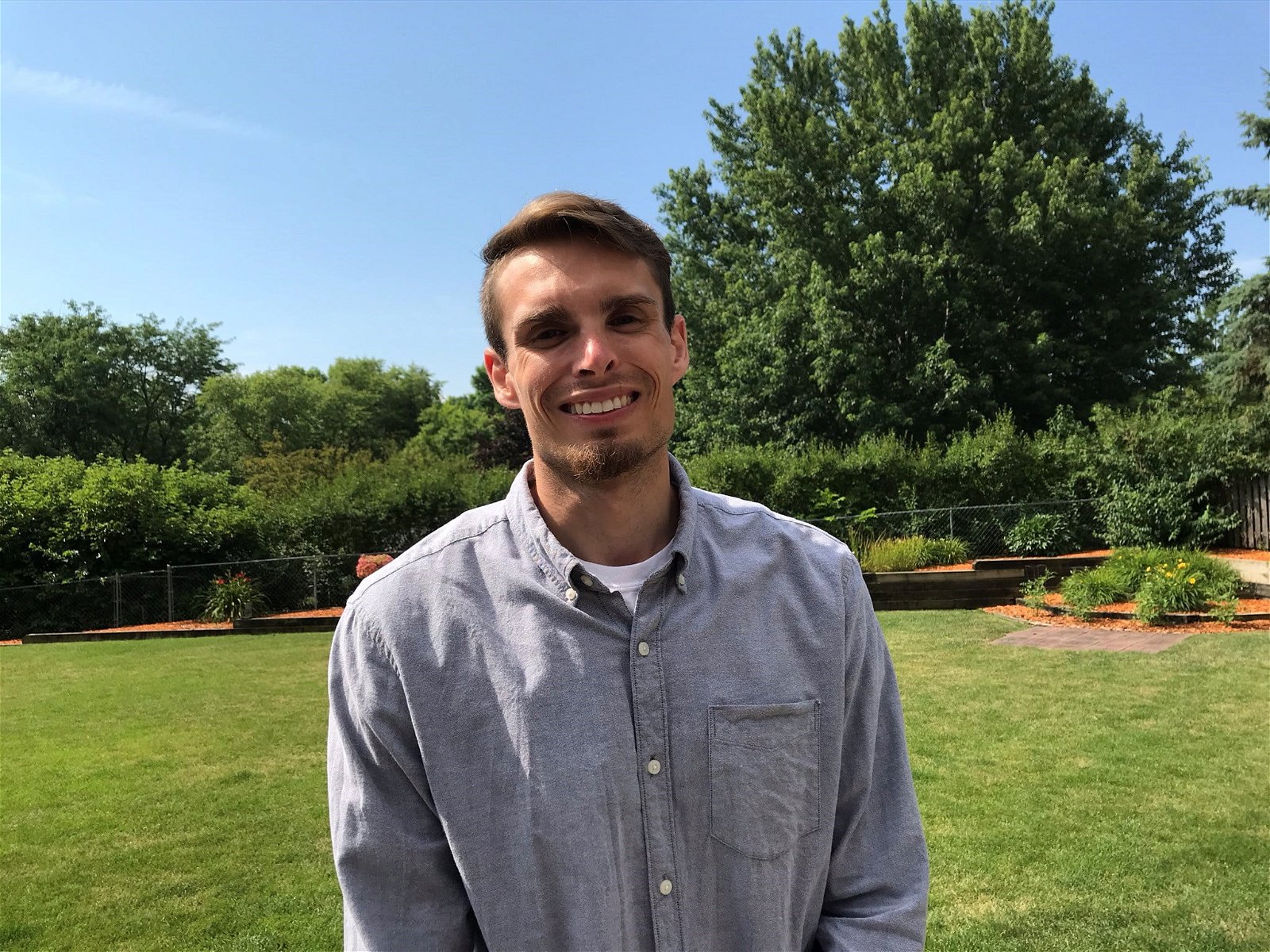 My name is John Nielsen, I am a sinner purchased by the blood of Jesus Christ and a husband to my wife Courtney.  I help lead the youth ministries at Eldred Baptist Church in Eldred, IL, and am currently being trained by the elders there for pastoral ministry.