After the death of Sarah, Abraham took another wife named Keturah. She bore him 6 sons. Abraham gave all that he had to Isaac as well as providing gifts to the sons of the concubines Abraham had, sending those individuals away to the East so as not to be near Isaac. Then Abraham died at the ripe old age of 175 years and was buried in the cave of Machpelah, the same place where Sarah was buried. Isaac dwelt at Beer Lahai Roi and God blessed him. Genesis 25 contains the genealogy of Ishmael. While many may overlook these genealogical inserts if you will, it is important to note that as God promised, Ishmael had many descendants as well.

The text also notes that Isaac was 40 when he took Rebekah to be his wife. Due to her barrenness, Isaac pleaded to God for her to be able to conceive and God answered those please, again in accordance with his covenant promise to Abraham. Rebekah conceived twins who struggled with one another in her womb. God told Rebekah that two nations were in her womb and that the older shall serve the younger. When she gave birth, the first child that appeared was red and hairy and thus they named him Esau. The second child had a hold of Esau’s heel so they named him Jacob. Both boys grew up with Esau becoming a skilled hunter and Jacob being more of a homebody. Isaac loved Esau more than he loved Jacob and Rebekah loved Jacob more than Esau. One particular day, Esau came back home famished after a long day of hunting. Jacob was cooking up a tasty stew and Esau asked his brother for some stew for he was tired. Jacob offered a bowl of stew under one condition, namely that Esau would sell him the birthright. Esau, apparently overcome by hunger and not caring at that time about his birthright, agree to the deal along with the oath Jacob demanded Esau swear.

A famine impacted the land forcing Isaac to move to the land of the Philistines. Isaac did not move to Egypt per a warning from God to stay away from that land and instead to continue to dwell in the land of Canaan. So the text says Isaac dwelt in Gerar. Now the men of Gerar began to take notice of Rebekah and Isaac utilized the same approach his father Abraham had used, namely stating that Rebekah was his sister and not his wife, apparently out of fear that he would be killed and they would take his beautiful wife from him. One particular day, Abimelech king of the Philistines observed Isaac being intimate with Rebekah and he called him out on the fact that Isaac had told everyone Rebekah was his sister. Isaac explained why he had made that claim and was chastised by Abimelech. Perhaps the king remembered what happened with Sarah. Isaac sojourned in Gerar for some time and God blessed him.

The blessing of God upon Isaac created a bit of envy amongst the Philistines to the point where they began to stop up the wells. Due to this conflict, Isaac departed and dwelt in the valley of Gerar. Conflict arose with the herdsmen in the area again over the issue of wells. Isaac kept moving until he came to Beersheba. God appeared to Isaac there and told him not to fear for he was the God of his father Abraham and would bless him and his descendants. Isaac built an altar there, pitched his tents and dug a well. Abimelech and Phichol, the commander of his army came to pay a visit to Isaac. They desired to make an oath, a covenant of peace. Isaac agreed and they ate and drank to commemorate the occasion.

Genesis 26 ends with the note that Esau took to himself two wives, Judith the daughter of Beeri the Hittite, and Basemath the daughter of Elon the Hittite. These women were a source of grief to Isaac and Rebekah. This grief was likely due to the fact that these women were from the land of Canaan and Esau was intermingling with the people of that land against the commands of God. 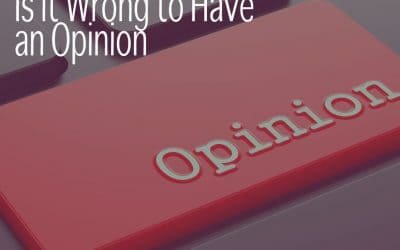