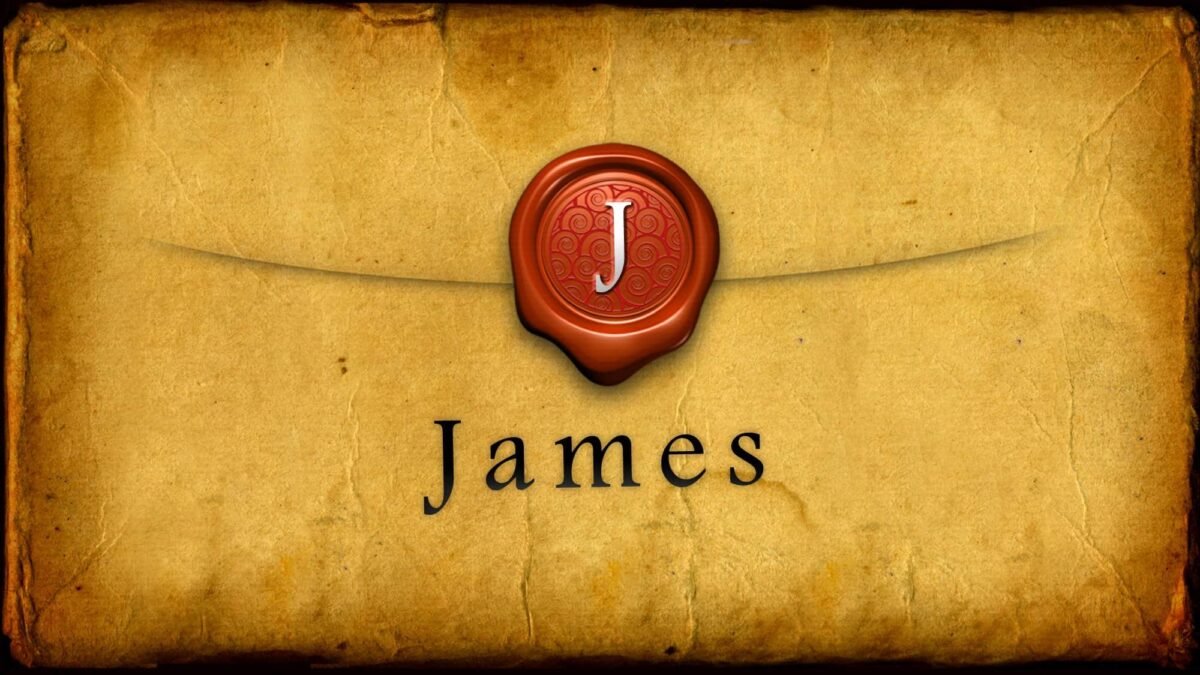 James 2:20-26, “Do you want to be shown, you foolish person, that faith apart from works is useless? Was not Abraham our father justified by works when he offered up his son Isaac on the altar? You see that faith was active along with his works, and faith was completed by his works; and the Scripture was fulfilled that says, “Abraham believed God, and it was counted to him as righteousness”—and he was called a friend of God. You see that a person is justified by works and not by faith alone. And in the same way was not also Rahab the prostitute justified by works when she received the messengers and sent them out by another way? For as the body apart from the spirit is dead, so also faith apart from works is dead.”

When I visit a church or step into a new Sunday school class, and I hear that they are studying James, I immediately get a little anxious. Repeatedly, I have visited churches, Bible studies, and Sunday school classes, and a works-based salvation is proclaimed to the audience.

I have never thought that this false teaching was purposeful. Let’s be honest, the language in this letter is tough. You have to be intentional while teaching through this letter!

It does seem at first glance that James contradicts all the other New Testament teaching, especially the teachings of Paul, but this is not the case. James is addressing the practice of the Christian faith; this letter is completely practical. Think about the audiences that James was writing this letter. He was writing to “head knowledge” Christians. Furthermore, consistently through the New Testament, the authors discuss Christian piety. Let me give you a specific example. Paul essentially says, multiple times in 1 Corinthians, that if we want to know what he believes about Christ we should imitate him (1 Cor 4:16; 11:1)

Let’s get a good illustration here. We all remember trading Valentine’s Day cards in elementary school. We remember every kid in our class bringing cards and candy for everyone else in the class. I loved this day at school, and I’m sure you did as well!

Now, as I got a little older and into middle and high school, we were able to get “flower-grams.” This was just a small flower with a little note that we could send to people on Valentine’s Day. I’m sure you all had something like this at your schools as well. So we can imagine someone sending us a sweet Valentine card and flower, and now we know that somebody loves us. Then, for some reason, they say bad things about you to your friends. The agony of middle school love! They have said that they love you, but you now find out that they are going around the school saying bad things about you. Immediately, you would wonder if the love they expressed in the card really meant that much. They might have said one thing, but it seems like they were living another.

As is true with love, so it is with faith. The real thing makes a difference in how you live. In this selected text, James is telling us that true and saving faith always includes more than just thoughts, it shows itself in our actions – our works as James calls them.

Dever continues to give this illustration:

“Consider this example: an imaginary animal casts no shadow. One very real difference between an imaginary creature in your young child’s playful mind and a real animal in your backyard or garden is whether it has a shadow. The imaginary one does not. The real animal does. However, that does not mean that the shadow is the animal, it is simply the proof that it is the real animal. A real animal comes with shadows, and real faith comes with actions.” [2]

James says the Christian has true faith, and a life marked by true faith will show itself in its actions – not perfectly, but enough to provide a real and true identification. To prove this point in chapter 2, James uses two examples that are complete opposites. He first refers to Abraham, the father of God’s covenant people, and then he uses Rahab, who was a Gentile prostitute. James points to how both claimed to have faith, and both had actions that evidenced their faith was real and true.

In chapter 2, James writes three examples to help them understand what he means. First, we find, to go a little out of our selected text, in James 2:19 that any claim to have faith that does not have actions characterizes the demons! That is an extreme thought! In a second example, James points out in James 2:20–24 that the father of the faithful had his faith made complete by what he did! Then, in James 2:25–26 we find that even the most unlikely of the faithful, Rahab, showed her faith not simply by what she knew or said, but by what she did!

In my student ministry, I am teaching through the Gospel of Luke. When we came across the parable of the house built upon the rock, I asked the question, “What is the main point of this parable?” Quickly, I got the Sunday school answer I expected. Every student told me that this parable is about our faith in Jesus, and that is our rock that we should build our house on.

While that is a correct answer, I do not think it is the main point of the parable. Remember, Jesus is talking to the religious leaders – those full of “head knowledge” – and He says that the one who builds their house upon the rock is like the one that “hears His words and does them” (Luke 6:46-49).

Be doers of the Word. The person, who really believes, puts their whole life into it. That is what James teaches us. Real faith acts.