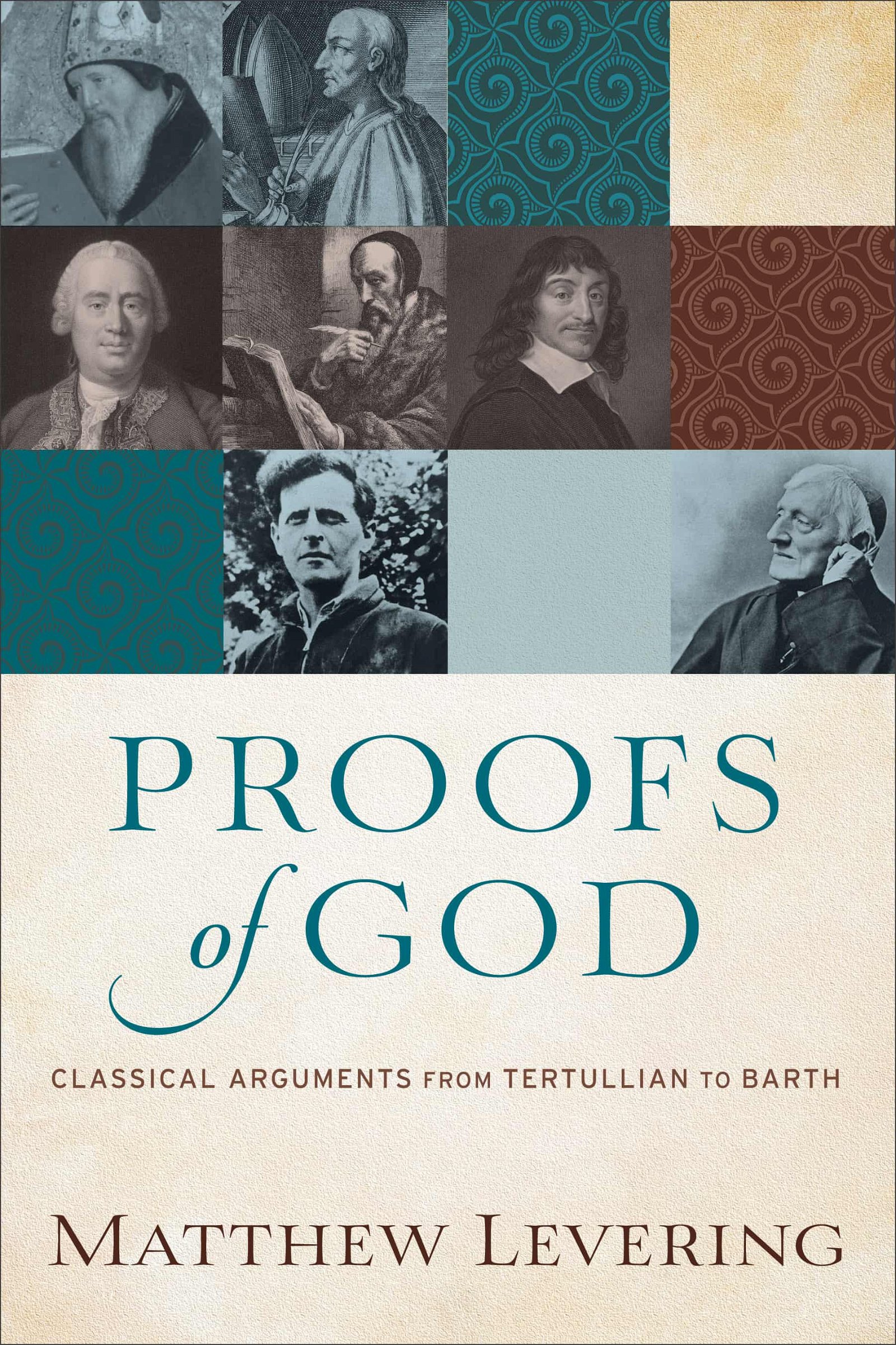 Proofs of God: Classical Arguments from Tertullian to Barth

The task of doing apologetics can be a bit of a burden. Apologists devote their lives to learning the ins and outs of various arguments and how competing views think about the existence of God. Doing apologetics is meant to be a slow and time-consuming process of deconstruction, debate, and reasoning. A manual is needed for those of us who want a good survey of what arguments are out there.

That’s why Matthew Levering’s Proofs of God is such a helpful resource. Levering has labored to assimilate 21 of the most notable and significant apologetic methods of various theologians and philosophers over the course of history. Levering divides the book into Patristic and Medieval, Reformation and Enlightenment, and Nineteenth and Twentieth Century arguments.

How Apologetics Has Developed over Time

Since Proofs of God follows a historical timeline, we get to see how various theologians and philosophers draw from who went before them. In addition to this, the author helps his readers understand how philosophers and theologians from other time periods used their arguments to build a case against opposing views. For example, the French philosopher Reginald Garrigou-Lagrange builds much of his denial of God’s existence based on the arguments of Thomas Aquinas. We see Augustine’s undeniable influence on the thought of John Calvin. Connecting the dots can be sometimes difficult for the average person, but the author helps us see a sort of map of these developments.

A helpful feature of Levering’s book is that he simply lets the arguments be. He doesn’t engage much with his own personal takes on the matter. Levering, a Roman Catholic himself, would probably have his own book going against most of the arguments laid out in this book! With that said, the author recognizes the influence of these 21 men, whether he agrees with them or not, and simply presents their arguments without much commentary.

A Helpful Reference and Resource

This book would work best as a textbook. This book would also be helpful for use as a reference or as a resource for further studies in apologetics. Its worth is mighty if we are to gain a broader understanding of how the classical arguments for and against God have developed over the centuries. I am grateful to Matthew Levering and Baker Academic for providing us with a resource that will help God’s people become equipped in the knowledge of key voices and key arguments, in our quest of defending the faith.