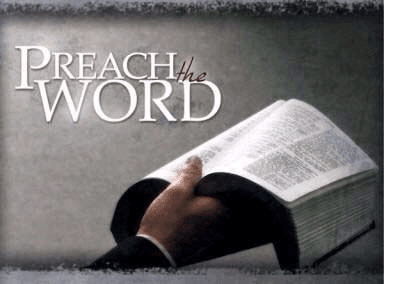 Preaching is not optional to the life and health of the church. A church that does not emphasize and value preaching is not simply a different style of church; it is an unfaithful church. J.I. Packer warns:

History tells of no significant church growth and expansion that has taken place without preaching (significant, implying virility and staying power, is the key word there). What history points to, rather, is that all movements of revival, reformation, and missionary outreach seem to have had preaching (vigorous, though on occasion very informal) at their center, instructing, energizing, sometimes purging and redirecting, and often spearheading the whole movement. It would seem, then, that preaching is always necessary for a proper sense of mission to be evoked and sustained anywhere in the church. 1

Preaching is uniquely the God-ordained means for the proclamation of His gospel message and the nourishment of His people. Edmund Clowney critiqued the contemporary fascination with drama over preaching. He wrote, “Preaching the Lord as present in the Gospel narratives has more power than do the best films that seek to portray the ministry of the Lord. . . . The effort to give reality beyond the preached word fails as fiction. The actor is not Jesus.” 2 Haddon Robinson noted that “To the New Testament writers preaching stands as the event through which God works”3 There have always been those who have considered straightforward preaching to be outdated, irrelevant, and foolish, but God calls it His wisdom and declares that He “was well-pleased through the foolishness of the message preached to save those who believe” (1 Cor 1:21).

According to Paul, preaching is an expression of the sovereign purposes of God. As Leon Morris notes regarding Paul’s statement about preaching in 1 Cor 1:21, “Pleased fixes attention on God’s free and sovereign choice.”4 In Speaking God’s Words: A Practical Theology of Expository Preaching, Peter Adam describes the great theological foundations for preaching with the following simple phrases; God has spoken, it is written, preach the Word.5 The Scripture begins with a sermon, Adam carefully explains:

God’s revelation begins with a sermon; God preaches, and the world is made. ‘God said, ‘Let there be light’, and there was light.’ Six sermons are preached in a wonderful sequence; the Word of God is proclaimed in heaven’s pulpit, and all comes to pass; the preaching forms the universe . . . the Word preached is no empty word; it accomplishes what it pleases and never returns void to him who speaks.

God’s proclamation of His own Word and the creative, effective power of His Word is immediately evident in the created order.6 Carl F.H. Henry points out the awe-inspiring wonder of God’s decision to speak when he writes, “Revelation is a divinely initiated activity, God’s free communication by which he alone turns his personal privacy into a deliberate disclosure of his reality.”7. According to His design, God’s spoken Word soon became God’s written Word. Adam reminds that “What we have in Scripture is the revealed and preserved words of God.”8 Jay Adams avers:

These written and preserved words of God possess no less authority than the spoken words of God. Commenting on 2 Timothy 3:16, Jay Adams contends, “What Paul is affirming about the Bible is that it is as much the very word of God as if it had been spoken audibly by God by means of breath. It is His Word. If God were to speak audibly what He wants us to know, He would say nothing more, nothing less and nothing different that what He has written in it. It is identical with anything He might have spoken by breath.9

The reality of God’s revelation, preservation, and inscripturation of His words led J.I. Packer to assert that Scripture itself “may truly be described as God preaching.”10 Everything God has revealed about Himself is to be proclaimed, and the preacher who is faithful to the written Word of God is functioning as God’s mouthpiece to deliver God’s message to the people.11 According to Roger Wagner:

Many preachers are tempted to identify themselves with the congregation in preaching, rather than with God. This may be the most significant reason for their feeling ill at ease in speaking to their congregation in the second person. Such preachers do not want their people to get the impression that the preacher is holier than them—for preachers know that they are not. Conscious as they are of their sin, it is natural for them to identify themselves with their people as being in need of the grace of God, ready and willing to hear what God has to say from His Word. The genuine piety behind such an attitude is indeed commendable. Nevertheless, this point of view can come to expression in the wrong way, and create problems for the preacher. If a man, even for the most noble of motives, identifies himself primarily with the congregation in preaching, rather than with God, the best he will be able to do is speak from God to them. He will not function as God’s mouthpiece, bringing God’s life-giving message to the people—correcting, rebuking, and encouraging them in God’s name (i.e., on His behalf).

Thus, the God who has spoken and caused His Word to be written commands those who lead His churches to “Preach the Word” (2 Tim 4:2). Preaching is dangerous—an indispensable act of spiritual war. Martin Luther explained the cosmic combat of preaching in this way: “Indeed, to preach the word of God is nothing less than to bring upon oneself all the furies of hell and of Satan, and therefore also of . . . every power of the world. It is the most dangerous kind of life to throw oneself in the way of Satan’s many teeth.”12 I fear Luther’s words sound melodramatic to many contemporary evangelicals. It is hollow to defend the authority of the Bible while domesticating it by our lack of confidence in the indispensable power of preaching.

This article first appeared at David’s website and is shared here with his permission.