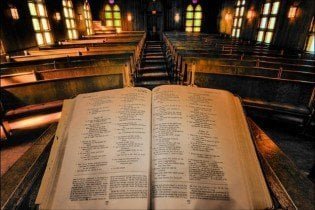 “Feeling good is overrated.” Those were the words of a sports psychologist speaking to a group of athletes. He was explaining that focusing on feeling good to perform well is problematic for any athlete. Occasionally, an athlete feels excellent, is in the zone, and performs at their highest level. On other occasions, an athlete is entirely out of sorts and cannot seem to do anything right. But most of the time athletes competes somewhere in between those two rare outliers. They must learn to compete when they do not feel really good, which is most of the time. This true observation is not merely applicable to athletes and sports competition.

Preachers would do well to heed that advice as well. Rarely ever, if ever, does a preacher head for the pulpit after ideal preparation time and is utterly free of other burdens and distractions. Most of the time we preach not feeling all that good physically, mentally, emotionally, or spiritually. That is consistently true in conflict, battle, and warfare, which is true of preaching. Too often, we forget that preaching does not merely lead to spiritual war but is itself an act of spiritual war. The pulpit is a battle station in the cosmic conflict. The preacher should not trivialize the task of proclamation by acting as though the preaching ministry is happy-clappy and pain-free.

Preaching well takes gut-wrenching faith. The voice of Christ is present in the feeble but faithful words of the biblical preacher of Christ crucified. The Spirit of Christ owns biblically faithful sermons, preached by expositors who are full of faith in Christ, and love for those who listen. I heard Tim Keller say that the preacher should focus on preaching good sermons and pray for God to make them great and use them greatly. I like that because it acknowledges that there is a mysterious element in preaching that keeps us humble and utterly dependent.

Not feeling good before the sermon? Often, God uses our struggles to make the sermon more potent than it would have otherwise been. To be low in spirit, but desperately clinging to gospel truth, is a far better frame for preaching than entitled arrogance, as though you have mastered the preaching moment and it has become routine to you. Pride is not a reliable platform from which to call people to gospel humility. The Holy Spirit is ever at work making Jesus real to believers. The preacher who is a proper vessel for the Spirit is one who knows the struggle of mortifying self-centeredness to get a clear view of Christ in his own life and is determined to share that view of Christ with others.

The intent of the preacher ought not to be that others would think well of him, be impressed by his intellect, knowledge, or exceptional rhetorical skill. He must not envision his sermon as a work of art, an exegetical masterpiece, or a model of eloquence. No! The Spirit of Christ will not own an object that exists for its own glory. A preacher who is mechanical in sermon delivery or is obviously just trying to get through his notes is missing the point of his assignment. The goal of a sermon is visceral, aiming the truth as it is in Jesus, directly at hearers, unapologetically calling them to embrace Christ by faith with their intellect and emotions. As ambassadors for Christ, we speak on his behalf and call for unconditional surrender to King Jesus.

This kind of gut-level preaching is best birthed out of humbling pain and struggle. We are involved in cosmic battle, attempting to capture the hearts of men and women for Christ. The task is difficult, dangerous and demands focused attention and moral courage. We all fight through pain and play hurt in the cause of preaching Christ and his Kingdom by faith. The preacher’s task is to declare war on the status quo of the present age because he bears witness to the age to come, an age that has already come in Christ and is also coming in Christ when his Kingdom is fully consummated. The preacher who is continually measuring his own congregational approval rating will have little room for the Spirit of Christ to govern his thoughts and sermons because he is attempting to fill his neediness with an idol of this age, rather than the gospel of the Kingdom.

Shepherds are not called to put their faith in their self-sufficiency or the sufficiency of their sermons. Our faith is in the sufficiency of Christ and his gospel alone. Whether we feel good or not, we believe, therefore we speak. Our sermons are to be blunt instruments for holy gospel work in the trenches of real spiritual war. We are not abstract theorists, speculative philosophers, or religious professionals; we are gospel warriors, shepherds of our Shepherd-Warrior-King, Christ Jesus.

Paul said that he was determined in his preaching to “know nothing” but “Jesus Christ and him crucified” (1 Cor 2:2). The one who preaches a crucified Messiah must embrace a cruciform life; dying to self and for others so that his sermons may live. It should be no surprise to those who follow in his footsteps that effective preaching of Christ often comes through great struggle—feeling good is overrated.

This article originally appeared at David’s website and is posted here with his permission.