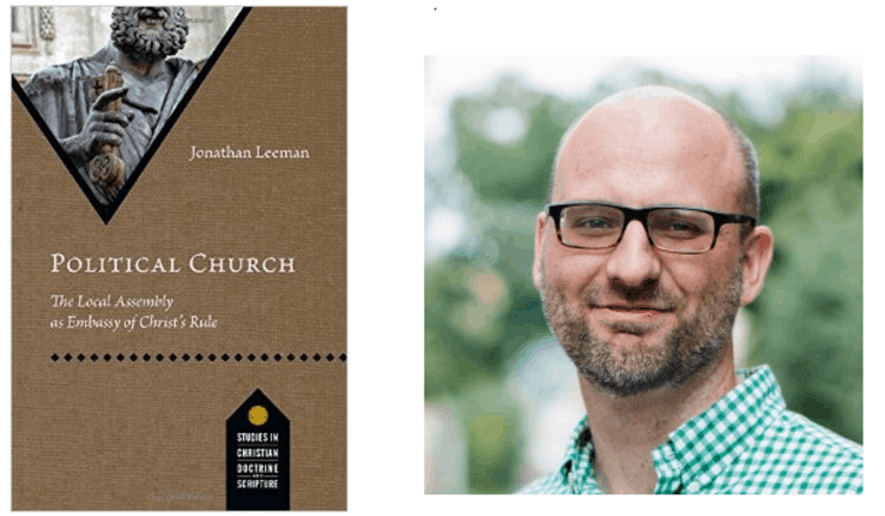 James K.A. Smith posted a thought on Twitter that captured it perfectly. “I still haven’t decided whether 2016 is the worst year, or the best year, to be writing a book on political theology.” In some sense, you could perceive the political horizon of 2016 as being such a dumpster fire that any books celebrating and championing a political theology will be met with confusion, dismay, even frustration.

As I write this review, the top two candidates vying for the Presidency are anything but examples of trustworthy and morally-driven leaders. The political sphere feels more than ever an exhausting, hopeless endeavor for the church to engage. We either fight with tight-gripped fists or retreat to separation.

In considering Smith’s thought, I argue that it is more so the best year to be writing such a book. The stakes are as high as I can remember. I’m only a Millennial, and my life experience isn’t filled with Presidential elections and governmental changes, but it will be.

In Political Church, Jonathan Leeman, noted ecclesiologist and scholar, helps us define our terms, such as “politics” and “institutions,” and helps us see how the Church was meant to fit into this “redrawn map” (21), “mediating…God’s covenantal rule” in the world (50). Leeman summarizes his cause here:

“This book is concerned with the biblical and theological question of what constitutes a local church. The answer, it will argue, is that Jesus grants Christians the authority to establish local churches as visible embassies of his end-time rule…the local church exists as a political assembly that publicly represents King Jesus, displays the justice and righteousness of the triune God, and pronounces Jesus’ claim upon the nations and governments.” (22)

To articulate his proposal, Leeman first sets out to put forth some helpful definitions of “politics” (Chapter 1) and “institutions” (Chapter 2). Leeman says that for something to be political in nature, it must have three things: the institutional activity of governance, implications for an entire population, and the backing of legitimate enforcement or coercion (62). Leeman’s idiom for defining institutions helpful, that they “tell you how to act, and they give you opportunities to act” (108).

In the second division of Political Church, Leeman looks at the political implications of the creation, fall, new covenant, and kingdom narrative presented in Scripture. Leeman traces our political theology back to Genesis 1 and onward to Revelation 22.

Here are some of my favorite excerpts:

“The Spirit and the law-implanted heart cannot enter the ballot box, the jury stand, the legislative chamber, the newspaper editorial office, the protest line or the workplace. The ‘totalitarian’ God and Davidic Son of the new covenant transform the heart, mind, and soul of its members and then call them to defile the liberal’s sacred public square with spiritually profane acts of voting, column writing, and legislation crafting.” (261)

“In contemporary parlance, Christians ‘join’ churches. Perhaps it would be more theologically accurate to say that Christians should ‘submit’ themselves to a church’s affirmation and oversight. Submitting to a local church is one expression of how a Christian submits to Christ the king. It is the fruit of repentance. It is the obedience to the one confessed as the Christ, the Son of the living God, and then it is the sharing of Christ’s rule. It is, furthermore, where the believer submits and shares in kingdom rule.” (363)

As you can see from the excerpts above, Leeman’s book is full of convincing points and brings up important topics for conversation.

In an age that needs a healthy understanding of politics in an ecclesial sense, I can think of no better book to recommend than Leeman’s work. I am grateful to InterVarsity Press for the Studies in Christian Doctrine and Scripture series and definitely see myself returning to this work frequently.