Third, an Ahab will shift blame. Psychologists call this having an “external locus of control.” Simply put, when things are going badly, it’s never their fault. It’s your fault, or their parents’ fault, or their employer’s fault or the system’s fault. We see this plainly demonstrated in Ahab’s confrontation with Elijah in the wilderness, where he blames Elijah for the years of drought that Israel has experience as a result of God’s judgment:

Elijah is quick to point out Ahab’s error, as well as remind him of the true source of Israel’s woes:

And he answered, “I have not troubled Israel, but you have, and your father’s house, because you have abandoned the commandments of the LORD and followed the Baals…” (1Ki 18:18)

This brings us to an important question you should ask yourself about any young man: does he shift blame or take responsibility? Now, this is tricky, my dear, because some Ahabs are smart enough to shift the blame while at the same time making it look like they are taking responsibility, especially if you are accommodating.

They will verbally castigate themselves all the while dropping hints to you about how hard their environment is, how negative the culture or people around them are, or the seemingly insurmountable odds that they have tried in vain to overcome – and they will do this until you have no choice but to sympathize and tell them that it isn’t really their fault.

That’s actually a really good place to transition to the fourth unique trait of an Ahab – Ahabs will ultimately look to a woman to solve their problems. It might be their mother, or their girlfriend, or the suspiciously-large circle of girls they hang out with that are “just friends” (which should also always be a warning sign, by the way), but at the end of the day they will seek their validation and fulfillment in the Woman instead of the Word.

The classic example of this is found in 1 Kings 21. Ahab, who is already moping because of the judgment pronounced upon him by Elijah, decides to engage in a little retail therapy. He sees the vineyard of Naboth (which is roughly Hebrew for “vineyard guy”, leading me to think that this must have been a very nice vineyard indeed) and wants to buy it.

Naboth won’t sell, because of his desire to adhere to a stipulation of the Mosaic Law, and so Ahab promptly goes to his room and pouts and refuses to eat until Jezebel finally solves his problem via an elaborate scheme involving trumped-up blasphemy charges and a kangaroo court.

There is a trickier variety of this which is more difficult to spot – the man who pines away for female companionship or recognition, and uses this to fuel the engine of self-pity. Like any other kind of sin, this is ultimately a corruption of something that God created, in this case the God-given need for woman. And I don’t even mean to say that all men who greatly desire female companionship are like this. The rule should be, if you even have to ask if your candidate is the exception, he probably isn’t. As I said earlier, he should need you to make his good life great, not his miserable life good. 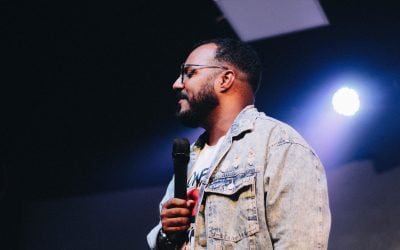 Debtors to the Spirit