Pastoral Ministry in a Post-Christian Context

Things are changing for American churches. The cultural landscape is shifting. Whereas even a generation ago, Christianity was valued for its contribution to the fabric of our nation, today, the church is becoming marginalized. While there are certainly some areas where Christianity is flourishing, overall, we are beginning to see that we are losing the culture war. We are living in a post-Christian society. And perhaps no region in America has fallen farther faster than New England.[1]

For the first three centuries of our existence, New England was a beacon of light, not only to America but to the entire world. From the vibrant witness of the Puritans to Jonathan Edwards and the Great Awakening to the Second Great Awakening and the modern missionary movement, New England was a seedbed for worldwide Christian ministry. However, with the onset of liberalism, errant theology began to find its way into the church. A booming Boston economy soon gave way to an overabundance of self-reliance that rendered trust in God obsolete. By the middle of the twentieth century, Christianity in the Northeast was in trouble, and churches began apostatizing or closing their doors altogether.

Today, the Northeast is arguably the most lost region in the country. While New England was the shining city on the hill in years past, she may now be a sobering picture of what may be the future of American Christianity.

In his book, The Great Evangelical Recession, John Dickerson evaluates American Christianity and concludes, “At best, according to the most optimistic reports, we are two in ten Americans… [but] by multiple accounts, evangelical believers are between 7 and 9 percent of the United States population.”[2] He astutely notes that while “a lot of Americans say they’re born again when prodded, they do not believe what evangelical Christians believe.”[3] If Dickerson’s research is correct, and the national Bible-believing Christian population is less than 10 percent, then how much smaller is Christian population in the Northeast?

In her article, “Re-evangelizing New England,” Ruth Graham notes that “less than 3 percent of the region’s population is evangelical Christians.”[4] Missiologist J.D. Payne has surveyed and found New England cities to be the least in total evangelical percentage—Pittsfield, MA (1.5%), Barnstable-Yarmouth, MA (1.5%), Providence, RI (1.7%), Boston, MA (2.5%), Hartford, CT (2.7%), Burlington, VT (2.9%), and Bangor, ME (3.8%).[5] These and other factors have caused many to consider New England an “unreached people group.”

If America follows New England at its current rate of decline, the future picture is grim.

So, leaders, what are we to do?

Devote Yourself to Preaching the Word of God

When we survey the cultural landscape and observe our waning influence, the temptation will be to water down our teaching in order to attract a larger demographic of people. A further temptation will be to chase “relevance” in our preaching, and default to pragmatism. But this has no promise of ultimate success. In fact, God has called us, not to be successful, but to be faithful.

Paul told Timothy that “all Scripture is… profitable for teaching, for reproof, for correction, and for training in righteousness” (2 Tim. 3:16). After all, it is by the Word of God the church is built up, sanctified, and purified (Eph. 5:26-27). Paul himself “did not shrink from declaring… the whole counsel of God” to the Ephesian church (Acts 20:27). His main exhortation to his disciple was to “devote [himself] to the public reading of Scripture, to exhortation, to teaching” (1 Tim. 4:13)—to “preach the word… in season and out of season” (2 Tim. 4:2). The biblical mandate is faithful Bible preaching.

Preaching the Scriptures takes faith. You’re trusting that God will use the proclamation of His perfect Word expediently (Isa. 55:11), and will accomplish its vibrant, life-giving work in the hearts of the hearers (cf. Heb. 4:12). Therefore, devote yourself to the consistent labor of opening up the Scriptures to God’s people and watch Him work!

One sure-fire way to ensure the destruction of a church is to allow sin to run rampant. All throughout Scripture, we see the catastrophic results of sin. The soldier Achan tried to cover up his sin, and it cost Israel victory in battle (Josh. 7). Saul failed to obey the Lord completely, and it cost him his throne (1 Sam. 15-16). David sinned grievously, and it cost him his family (2 Sam 11; etc.). The only remedy for sin is the forgiveness of God which comes through repentance.

Repentance is a changing of one’s mind; a recognition of and conformity to God’s righteous standard. It is the acknowledgment of sin to the Lord (Ps. 32:5) and asking for forgiveness (Ps. 51:10ff). And God can forgive because of the atoning work of Christ on the cross (Rom. 5:1, 8-11). First John 1:9 tells us, “If we confess our sins, He is faithful and just to forgive us our sins and to cleanse us from all unrighteousness.”

However, so many people are limping around with burdens of unconfessed sin. For unbelievers, their sin is condemning them; they’re “the walking dead.” For believers, their unconfessed sin is ruining their communion with God. Oh, that people might know the freedom and the joy from confessing their sins to a holy God who can forgive and restore because of the saving work of Jesus Christ! Christian leaders have the blessing and the responsibility to call all people to repentance. When sin is dealt with, the church can truly flourish (Acts 5:11-14).

Encourage Fellowship in the Body

When we think about what is a healthy church, our minds often dart back to the first gathering in Acts 2. The first Christians assembled in Jerusalem, and they “had all things in common” (Acts 2:44). In fact, that commonality—a shared life together—is the very basis of fellowship. While we know that salvation is by grace through faith (Eph. 2:8), once saved, believers are placed into the body of Christ, where they are to function as members (1 Cor. 12:12-31). Further, it is within this context that believers are able to love and obey the Lord, and love one another (John 13:34-35; 14:15; 15:10-12).

Our culture—a post-Christian culture—is increasingly individualistic. More than that, we are stubbornly self-reliant. At the very core of this ideology is self-centeredness, which stands in direct violation to the Great Commandment, to love God supremely and love others sacrificially (Matt. 22:37-40). However, a devotion to fellowship counteracts selfishness, as not only do we train ourselves to become other-focused, but we begin actually to love others.

A church that puts a premium on fellowship will devote themselves to learning together (Sunday morning worship service, small groups, discipleship, etc.), eating together (potlucking is a spiritual gift!), and praying together (and for one another). True Christian fellowship is counter-cultural and essential to maintaining unity (Eph. 4:3).

Partner with Those in Revitalization and Church Planting Efforts

One of the sad realities of living in a society that rejects Christian influence is that gospel presence diminishes greatly over time. When evangelism dries up, and older members die off, a church can find itself weakened and empty. Perhaps a few faithful believers remain to keep the doors open, but the church has all but lost its light in the community. However, when the Spirit of God moves, and a church is humble, eager, and receptive, there is an opportunity for revitalization—an infusion of new leadership, new people, a recommitment to Scripture and sound doctrine, and a new found sense of purpose. While revitalization can be very difficult, it can breathe new life into dying churches.[6]

However, there are times when there is no gospel witness at all in a community. In fact, there are whole towns in New England where the gospel has not been preached in a generation! This problem exists everywhere and is getting worse. In cases like these, a new work is needed. Church planting is the process of beginning a new church from scratch. This process, like revitalization, is a lot of work, but it can be incredibly fruitful, even essential in dead regions. While there’s no sure-fire way to plant a church, it should be noted that there are several best practices.[7]

At many points in history, Christian ministers have enjoyed the blessing of ministering in the context that was friendly toward Christianity. For many of us, those days are fading. While God has made no promise that we will minister in a culture that is sympathetic to our faith, the call to faithfulness still stands. After all, Jesus Christ said that He would build His church, and neither the gates of hell—or a post-Christian culture—will prevail against it. 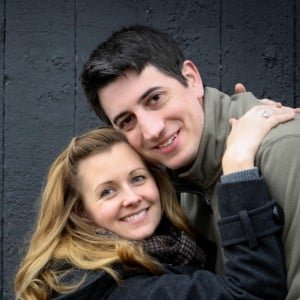 Nate Pickowicz (B.A., Muhlenberg College, M.A., Trinity Theological Seminary) is the pastor of Harvest Bible Church in Gilmanton Iron Works, New Hampshire. He is the author of Reviving New England: The Key to Revitalizing Post-Christian America and Why We’re Protestant: An Introduction to the Five Solas of the Reformation. He and his wife, Jessica, have two children.