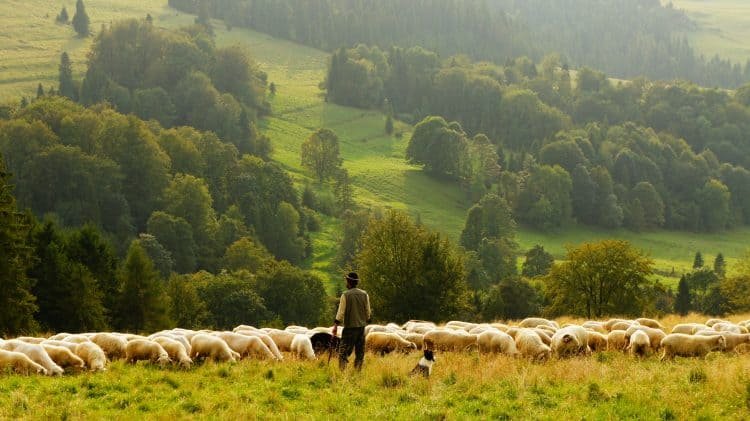 This morning I picked up the Wall Street Journal and read about new leadership at the General Electric Company. G.E. has apparently fallen on difficult times recently (as of this writing in October 2018). A new chief executive officer has been chosen. The standard of leadership success in that great American organization was Jack Welch. It was the irrepressible Mr. Welch who wrote of the centrality of vision in the job description of a CEO. As I read his words, “leaders drive vision,” I begin to reflect on the present state of affairs in pastoral ministry, particularly in the Western countries. Success in pastoral ministry is frequently and, I think, regrettably equated with the portrait of leadership that Mr. Welch paints in his understanding of the CEO and vision. Such a vision though stands in stark contrast to the teaching of Jesus of Nazareth and the Apostles and Prophets and the Early Church.

The pastor as the chief executive officer of a religious operation is as foreign to the true Biblical portrait of a pastor as a jackal is to a Welsh Corgie. The jackal and the Corgi both belong to the canine family. However, their resemblance ends there. Similarly, the chief executive officer of a business organization and the pastor of the church or the Christian leader of a ministry both serve in leadership positions. The similarities mostly end there. By the way, I have served as both. I served as a manager in the Dow Chemical Company and the Ashland Chemical Company, and I have served as a pastor, a seminary president, and chancellor, as well as the chair of a department in a seminary. I also served as the command chaplain of the largest reserve military intelligence organization in the world. I do not discount some of the things that you read from Mr. Welch, but unless that picture is painted in Biblical hues, and tempered by the statement that I humbly offer below this, ministry will be forfeited at the expense of organizational efficiency and senior executive-level performance: a well-run religious organization with a “type A” leader and spiritually deprived, malnourished parishioners.

I have reproduced Jack Welch’s statement about the CEO and vision. I have then contrasted Mr. Welch’s convictions with what the Bible teaches about pastoral ministry. I do so and ask myself, “Self, what sort of Christian leader are you?” Perhaps, you might put the question to yourself. I offer the statement of Mr. Welch followed by my own reflections for the Christian Shepherd by playing off of Mr. Welch’s words.

Now, let me compose a summary statement of the Christian Shepherd according to the Scripture that follows:

“Steadfast and wise pastoral leaders follow Jesus the Lord and most faithfully fulfill His mission in the world as they locate God‘s vision, connect His vision to the lives of His people, help others to see and embrace God’s vision and pray without ceasing” (MAM).

I do not hesitate to say that Mr. Welch has a far more succinct and catchy phrase! However, the innumerable variables and nuances of dealing with human beings by following the Lord Jesus Christ do not always allow for truncated statements other than “God is love.”

One of the sad things about western culture today is that many congregations have bought into the vision statement of Jack Welch, dismissing the scriptural teaching on pastoral servanthood as possibly “helpful” for a pastoral “temperament,” but ineffective for (what seems to be the priority) an organizational mission. This is not only to be regretted, but it is also to be decried.

Let us listen to what the Spirit says to the churches. May we be convicted of any possible accommodation to the ways of the world. For God calls us to return to his vision for pastoral ministry. God’s expectations for pastoral service are put forth in the Scriptures such as the following:

“You have not strengthened the weak, healed the sick, bound up the injured, brought back the strays, or searched for the lost. Instead, you have ruled them with violence and cruelty” (Ezekiel 34:4 HCSB).

“But Jesus called them to him and said, ‘You know that the rulers of the Gentiles lord it over them, and their great ones exercise authority over them’” (Matthew 20:25 ESV).

“Take heed therefore unto yourselves, and to all the flock, over the which the Holy Ghost hath made you overseers, to feed the church of God, which he hath purchased with his own blood” (Acts 20:28).

“In everything, show yourself to be an example by doing good works. In your teaching show integrity, dignity” (Titus 2:7).

“Be shepherds of God’s flock that is among you, watching over them not out of compulsion, but because it is God’s will; not out of greed, but out of eagerness; not lording it over those entrusted to you, but being examples to the flock” (1 Peter 5:2,3 NIV).

The Athanasian Creed of Pastoral Ministry

I close with a memorable and most instructive saying attributed to the great church father, Athanasius (328-373), Bishop of Alexandria (who was the prominent voice in defending the Biblical doctrine of the Trinity):

“The life should command, and the tongue persuades” (Athanasius).

Athanasius’ counsel is as compact as Jack Welch’s (and much more biblically oriented). Congregations and ministers will heed the old church father to God’s glory and their own good.

I wish the General Electric Company the very best. There is much that corporations can learn from the Church about the universal power of servanthood, example, humility, love, and leadership like Jesus. I also pray for the mission of Jesus Christ in our world today. The former may, indeed, feel it best to “relentlessly drive” vision to achieve their goal. But it is indisputably certain that the latter will only realize the vision of Christ by imitating Christ.