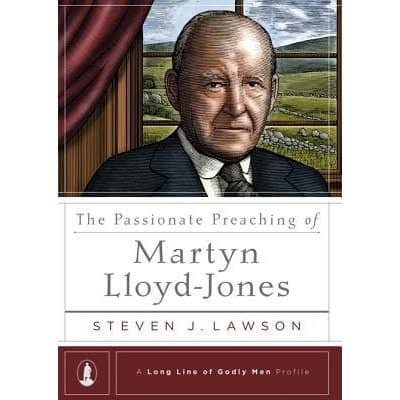 The Passionate Preaching of Martyn-Lloyd Jones by Steven J. Lawson

I will never forget reading the first installment of Steven Lawson’s series in the Long Line of Godly Men Profiles. The Expository Genius of John Calvin riveted my attention and engaged my mind. This book captivated my imagination and challenged my studying habits. The first volume reminded me of the importance and preciousness of our Christian heritage and the great men of God who lined the halls of church history.

Since that first book, nine additional books have been added to the series, including the latest, The Passionate Preaching of Martyn Lloyd-Jones. Dr. Lawson includes an illuminating biographical summary of the great Welsh preacher and demonstrates how God not only regenerated his sinful heart but also how he ordered his steps to serve as pastor of Westminster Chapel in London for most of his adult life.

A sizable portion of the book is devoted to the preaching of Lloyd-Jones. His passion for the Word of God is explained and his theological convictions are explored. For anyone who has any doubts that Lloyd-Jones was a fiery five-point Calvinist, those doubts will be extinguished here. He was a committed Reformed theologian whose sermons were drenched in the doctrines of grace.

Dr. Lawson helps readers understand the important role that theology played in the ministry of Lloyd-Jones. His sermons were doctrinally driven and theologically charged. Unlike many preachers in the present day, there was no ambiguity in Lloyd-Jones. His listeners knew exactly where he stood. The highest authority in his life was the Bible.

Additionally, the author clearly articulates the passion that Lloyd-Jones had for preaching expository sermons. “The primary task of the Church and of the Christian minister is the preaching of the Word of God,” argued Lloyd-Jones. Lawson adds, “This allegiance to expository preaching was completely foreign to most pulpits at that time in England.” Such a reminder should motivate preachers in our generation to faithfully preach expository sermons. To do any less would be treasonous and an affront to God.

The concluding chapter, Spiritually Empowered stands as one of the most interesting chapters of the book. Here, the author explores the role of the Holy Spirit in the preaching of Lloyd-Jones. The Welsh pastor strongly believed that the Holy Spirit must empower pastors, not only in during sermon preparation but also as the pastor proclaims the truth of God’s Word. Lawson accurately explains the heart of Lloyd-Jones: “First, the preacher must do his part in sermon preparation. Then God must do His part in sending the fire.”

Lloyd-Jones was a preacher with authority. But that authority was a derived authority. His authority came as he submitted to the ministry of the Holy Spirit. He says, “This, then, is the dual action of the Spirit. He takes the preacher … and gives this enabling. Then the Holy Spirit acts upon the ones who are listening and deals with their minds and hearts and wills.”

The Passionate Preaching of Martyn Lloyd-Jones is a book for aspiring preachers and veteran preachers alike. But it should not be limited to preachers exclusively. This book is for Christian leaders who need a fresh burst of encouragement. It is for Christ-followers who need inspiration as they make their way to the Celestial City.

The Passionate Preaching of Martyn Lloyd-Jones is a vivid reminder about the importance of faithful preaching. It is a reminder that behind every solid expository sermon is a man who walks with Jesus and submits to the Holy Spirit. This book is a monument of sorts that honors a great hero of the Christian faith. Indeed, this book honors a man who was very likely the most effective preacher of the 20th century.

I received this book free from the publisher. I was not required to write a positive review. 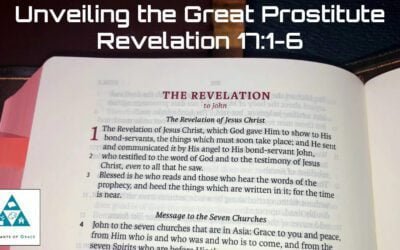 Join Dave as he looks at Revelation 17:1-6 and Unveiling The Great Prostitute.