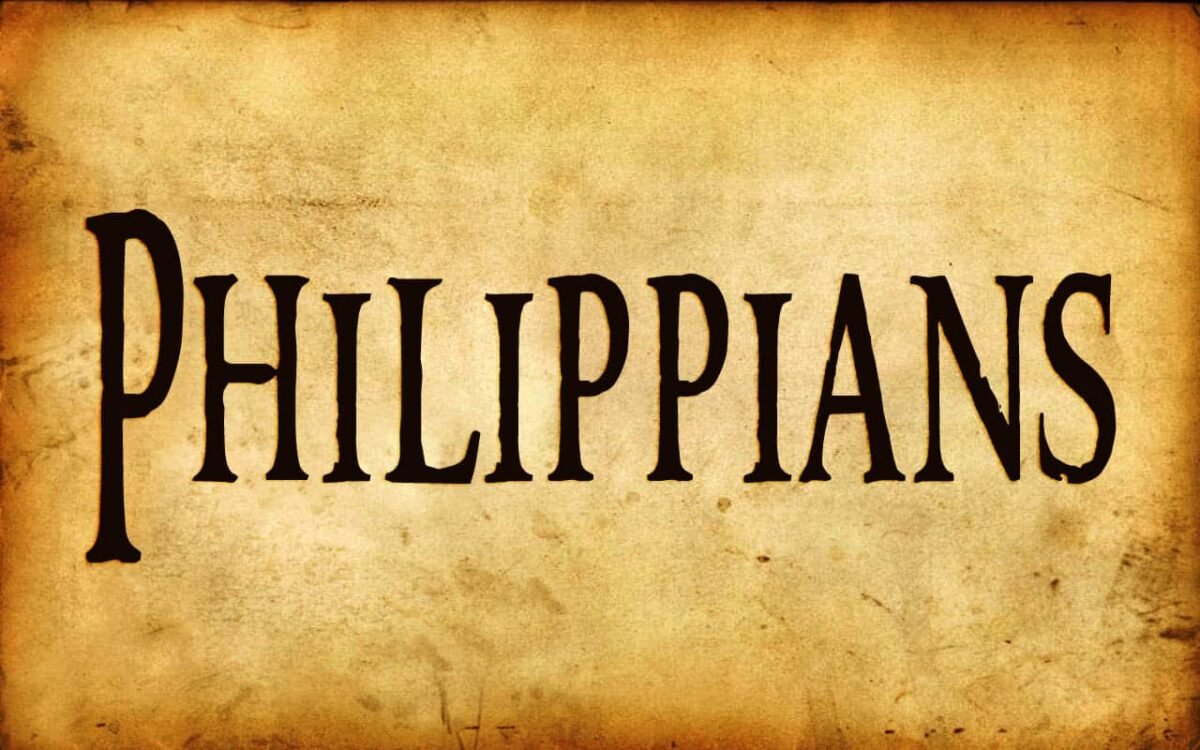 Philippians 2:19–30, “I hope in the Lord Jesus to send Timothy to you soon, so that I too may be cheered by news of you. For I have no one like him, who will be genuinely concerned for your welfare. For they all seek their own interests, not those of Jesus Christ. But you know Timothy’s proven worth, how as a son with a father he has served with me in the gospel. I hope therefore to send him just as soon as I see how it will go with me, and I trust in the Lord that shortly I myself will come. I have thought it necessary to send to you Epaphroditus my brother and fellow worker and fellow soldier, and your messenger and minister to my need, for he has been longing for you all and has been distressed because you heard that he was ill. Indeed he was ill, near to death. But God had mercy on him, and not only on him but on me also, lest I should have sorrow upon sorrow. I am more eager to send him, therefore, that you may rejoice at seeing him again, and that I may be less anxious. So receive him in the Lord with all joy, and honor such men, for he nearly died for the work of Christ, risking his life to complete what was lacking in your service to me.”

When Paul writes the letter to the church at Philippi, he sits in prison. We know this from Philippians 1:13, where Paul says that his imprisonment serves for the advancement of the gospel. Also, Philippians 1:17, Paul says that his opponents proclaiming Christ do it out of selfish ambition merely to afflict him in his imprisonment. Paul desperately desired to visit Philippi because of their partnership with him. Philippi served as a partner to Paul’s ministry. In fact, Philippi was the ONLY partner Paul had in funding his ministry. In Philippians 4:15, Paul says, “no church entered into partnership with me in giving and receiving, except you only.”

Partnering in the gospel is a theme that runs throughout Philippians. Paul uses the term(s) “partnership”(Phil. 1:5; Phil. 4:13), “co-laborer,” (Phil. 2:25), “fellow soldier” (Phil. 2:25). These terms express that Paul recognized the partnership that the Philippians provided. In chapter 2, Paul will send encouragement to Philippian church in Timothy and Epaphroditus.

From these verses, we can learn some vital lessons about partnering together for the gospel.

In Philippians 2:20, Paul writes that Timothy is genuinely concerned about the welfare of the church. In fact, by sending Timothy to Philippi, Timothy can report back to Paul their status and bring joy to Paul while he is imprisoned (v. 19). But Paul has to reassure the Philippians that Timothy will look out for them. Earlier in the letter, Paul is concerned about those who seek to afflict him in his imprisonment by their selfish ambition (Phil. 1:17).

In verse 21, Paul says his opponents seek their own interests, not those of Jesus Christ. But not Timothy! Timothy seeks the interest of Jesus Christ. Paul goes a step further and says that this interest for Jesus Christ comes from Timothy’s partnering in the gospel alongside Paul. That is why Paul can say that Timothy is of proven worth because Timothy has worked alongside Paul in the spreading the gospel.

Paul has poured his life into Timothy so that he may send Timothy out. Do we as followers of Jesus Christ pour into younger believers? If we are told by Jesus to make disciples of all nations, should not our first priority be sharing the gospel then pouring our life into them. Pastors, are there young men called into ministry that you can disciple for the sake of sending them out? Pastors are not exempt from the commands of Christ. If there are young women who are called to ministry, we should connect them to older, mature women in Christ to disciple them.

Paul will also send Epaphroditus. Epaphroditus has served Paul throughout his ministry. Paul calls him “my brother,” “my fellow-servant,” and “fellow soldier.” Epaphroditus, like Timothy, partnered alongside Paul in the ministry of the gospel. In fact, Paul says that Epaphroditus has a longing to come and visit Philippi, but he was delayed in coming due to a sickness. The text says Epaphroditus was distressed. Why? Because he more concerned about the message of the gospel reaching the Philippians. He so much desires for the Philippians to hear the news that he does not want a sickness to prevent him from coming.

After this, Paul says he is more eager to send Epaphroditus because the church at Philippi will be joyous in seeing him and it will relieve Paul of his anxiety. But Paul describes the character of Epaphroditus. He says “for he nearly died for the work of Christ, risking his life to complete what was lacking in your service to me.” Epaphroditus’ character was one of total devotion to the gospel. He did not want sickness to stop him from sharing the work of ministry alongside Paul.

Paul uses the phrase “to complete what was lacking in your service to me.” He uses this same phrase in Colossians 1:24. What does Paul mean that Epaphroditus is to complete what was lacking? From the context, the most likely interpretation is Epaphroditus is to complete the work that Paul cannot due to his imprisonment. Paul does not try to stroke his pride and claim that his ministry to Philippi was his and his alone. No, he saw both Timothy and Epaphroditus as vital partners in the ministry not competitors to his ministry.

There are a couple of lessons that I want you to take away from this passage.

The local church should see other churches as partners in the gospel, not competitors of the gospel.

If we are not careful, we can slowly sink into thinking that other churches are in competition with us instead of partnering alongside us. Jared Wilson in his book The Pastor’s Justification tells of an experience he had while pastoring his church in Vermont. One Sunday, he announced that he was inviting a local church planter to come share his vision for starting a new church in the area. Someone in his congregation raised the concern: “He better not take any of our people” to which Wilson responded, “That would be great if some wanted to join him.” Don’t miss what he says next “They are not ‘our people’ but God’s people, we can choose to see it not as a loss for our church but as a victory in sending some of our own to be on mission in an area that has virtually no evangelical church to speak of.”[1] We do more to hinder the gospel when we think inwardly than outwardly.

We need to disciple young pastors for the purpose of sending them out.

I’m a millennial. So, I’ve heard all the complaints about my generation. “We’re lazy,” “We’re entitled,” “You don’t know what hard work is.” Some of these same complaints bleed over into the church. Some young guys in ministry come fresh out of seminary raring to pastor their first church and yet they know nothing about pastoring a church other than reading about pastoring a church.

What if instead of writing them off as entitled and selfish, we poured into them, trained them, and then sent them out as partners in the gospel. I know this can happen because I was one of them. I thought I knew it all and was ready to pastor a church. Until an older, wiser pastor took me under his wing and discipled me. I was then sent out to teach a younger generation. And I’m grateful for this time.

Eric is a Bible Teacher at Shiloh Christian School in Springdale, AR. Eric has been in ministry for over 10 years in many different areas. He has a Bachelor of Arts from Ouachita Baptist University in Biblical Studies and a Master of Divinity with a specialization in Biblical Studies from New Orleans Baptist Theological Seminary. He is currently working on a PhD in New Testament from Midwestern Baptist Theological Seminary. Eric is an avid lover of all things DC/Marvel, Star Wars and avid book collector.