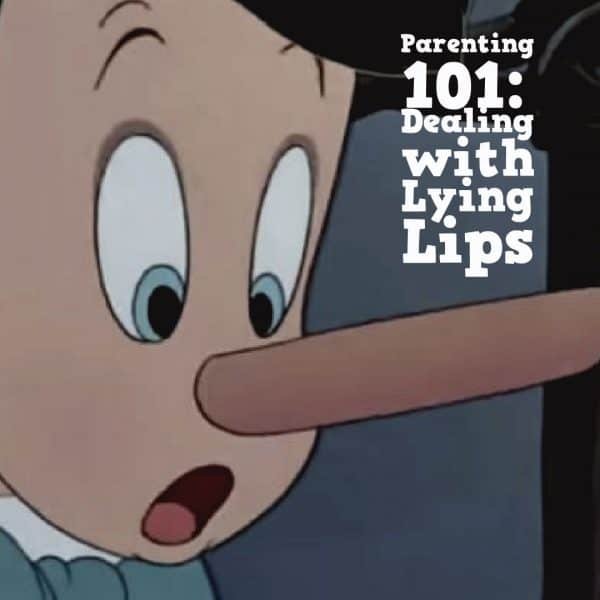 “Do not lie to each other, since you have taken off your old self with its practices.” (Col. 3:9)

“YHWH detests lying lips, but he delights in people who are trustworthy.” (Prov. 12:22)

In the interest of transparency, I want to begin by stating as a child; I had a tendency to lie. Usually, it was a string of lies sometimes carefully and at other times haphazardly thrown together to avoid trouble. Typically, the repercussions of those lies being found out were far worse than if I had simply told the truth at the outset. One thing was sure – the truth, regardless of how well my plan of deceit had been throughout, was found out.

The temptation to lie, especially to share the incorrectly described “little white lie” is one I submit we all face. While we may have matured from our childhood days of lying about who broke the lamp in the living room, the urge to stretch truth resulting in falsehood remains a challenge for us all.

As a parent, the battle against lying lips has from time to time taken place in our home. We have a teenage daughter. With that time of life comes the temptation to lie, to go behind the back of those in authority, the desire to do what one wants, and the impulse to lie to cover up the tracks of the deception.

A recent occurrence of this deception resulted in a prime teaching moment for our daughter. I will not go into the details of what took place; however, let’s just say it involved the use of technology, the agreement that certain elements of technology would not be installed, the installation of said technology despite the established rules, and finally, the discovery of the deception and unraveling of the web of lies. I remember what it was like as a child. The rules set down by parents seem like such a killjoy. What is the big deal with doing what they told me not to do, especially if it is just for a quick second? Nobody will be harmed by my actions in this one instance, right? Unfortunately, this line of thinking does not recognize the fact established in Scripture, namely that YHWH detests lying lips (Prov. 12:22) and lying is a work of the flesh, something we should be casting off and mortifying (Col. 3:9).

At its core, lying and deception are the oldest trick in the enemy’s playbook. Deception was part and parcel of what took place in the Garden of Eden. Did YHWH actually say? Can’t I just divert off the path of righteousness just a couple of steps? It won’t harm anyone, will it?
One could suggest the wrongdoing by our daughter in the grand scheme of harmful activities arguably does not rise to the level of being that monstrous. I would respond to such a suggestion that since YHWH detest lying lips, falsehood exists near or right at the top of that which we should also detest. While all sin should be abhorred, lying lips are repeatedly noted as an abomination to YHWH. Lying is like a giant snowball. It begins with a seemingly innocuous fib but ultimately keeps rolling into a giant landslide of destruction. In the case of our daughter, her actions of falsehood were akin to tossing a log onto an already burning fire.

We shared with our daughter how great a fire a lie can set ablaze. The second and third order consequences of lying are what is often forgotten when deception is embarked upon. Lying breaks the sacred bond of trust, something that takes a great deal of time to rebuild once destroyed. What we often think is no big deal, and harmless is in reality rebellion against authority, in this case, parental authority, and ultimately, it is rebellion against YHWH.

For parents out there who are also dealing with this issue in their home, be sure you set the example for your children by embracing a policy of honesty. Even those supposed “little white lies” should not be tolerated. Instruct your children in the importance of truth and the harm that occurs by deception. As the people of YHWH, we are always to tell the truth. YHWH detest lying lips and we should as well. Helping our children understand the importance of truth at the earliest age possible and addressing the urge and practice of lying with the power of Scripture is vital.