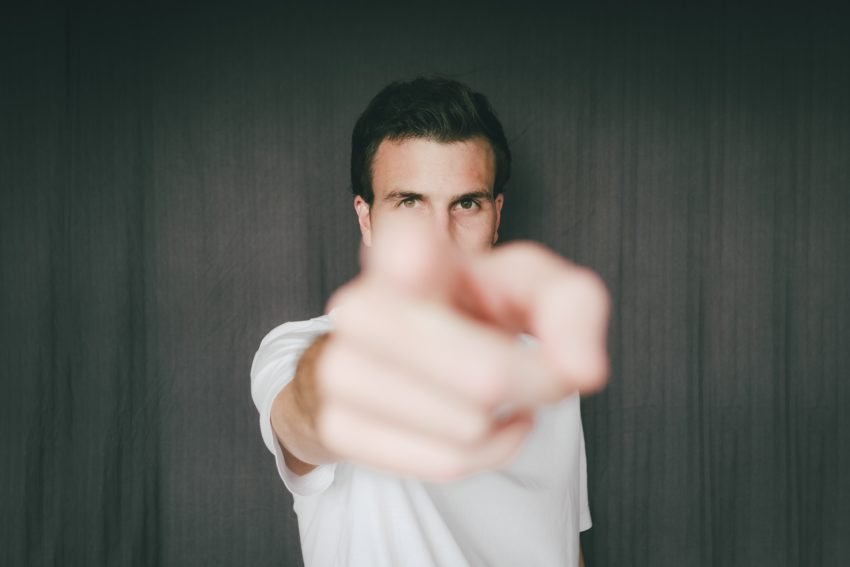 by James Williams | Jul 2, 2021 | Featured, The Gospel and the Christian Life

Still half-asleep, I stumble to the kitchen to turn on the Keurig. I hear the boys’ bedroom door open, followed by a miniature stampede of pattering feet running in my direction. The two youngest stop and look at me, but I’m not prepared for anything but coffee. Immediately, my 5-year-old points at his brother and proceeds to tell me all his morning transgressions: calling people names, not doing his morning chores, and not taking his turn sharing the piano. It’s too early for a trial, but the 5-year-old prosecution won’t rest.

Parents face these scenarios often. A rule has been broken, a misdeed has occurred, yet the motive of the tattletale certainly isn’t pure. Instead of love seeking to help the disobedient sibling, the tattletale sees the opportunity to inflict pain through the avenue of justice. They did break one of mommy and daddy’s rules; therefore, they deserve discipline of some sort, and the tattletale is glad to bring this to their parents’ attention. Justice can’t be denied even though I recognize the slimy schemes of the accuser.

In Revelation 12, Satan is referred to as a great dragon who accuses believers before God day and night (vv. 1-10). We see a glimpse of this in Job, where Satan goes before God and accuses Job of worshipping for all the wrong reasons. In Zechariah 3, Satan accuses Joshua, the high priest, by pointing out the filthiness of his garments.

Satan is too crafty to accuse us based on arbitrary laws that have no standing before God. Instead, he accuses us based on God’s law while emphasizing the wages of such sin that God himself has declared. Despite Satan’s hateful motives, we are guilty and stand condemned before God according to His own holiness and justice.

Thankfully, after the life, death, and resurrection of Christ, Satan has been kicked out of heaven and is no longer able to accuse us before God (Revelation 12). The gospel’s good news reminds us that justice has been satisfied, and Satan’s accusations no longer have merit before God. Instead of Satan accusing us before God, now we have Jesus, who is at the right hand of the Father interceding for us (Romans 8:34). Therefore, who can condemn us?

The Power of Accusation

Being defeated by Christ, Satan has been kicked out of heaven and thrown down to earth. He comes down in great wrath “because he knows that his time is short” (Rev. 12:12). In his anger, he wages war on the people of God: “Then the dragon became furious with the woman and went off to make war on the rest of her offspring, on those who keep the commandments of God and hold to the testimony of Jesus” (v. 17).

One of Satan’s schemes is to incapacitate Christians through accusation. He wants to bury us in shame and guilt until we stop living in the freedom of the gospel; we become fruitless, non-disciple-making Christians. He does this by reminding us of our past sin. He’ll constantly tell us we’re not good enough, not worthy enough. Whenever we think of studying our Bible, he’ll let us know we’re not smart enough. If we try to pray, he’ll tell us we’re not spiritual enough. If we try to serve, he’ll remind us of our sin to convince us that we are not ‘holy’ enough. When we try to rest in God’s love, he’ll tell us we’re unlovable.

And sometimes, we believe him. His accusations no longer have any hearing in God’s ears, but sometimes we hear them and let them disable us.

My dog, Oreo, is bound to our yard with an electric collar, and he has learned where the boundaries are. However, when I take the collar off, he still won’t go past the lines. Even though he’s been freed, he still walks as if he’s bound.

Christians can sing on Sunday about God being a chain-breaker, then live all week enslaved by the chains of guilt. We listen to Satan’s accusations and let them hinder us from worshipping and serving in complete freedom. We cower down in fear and terror of who we are and what we have done. Christ has removed our chains, but we still walk as if we are bound like my dog.

Revelation 12 tells us that the Christians who withstand Satan’s schemes and see victory do so “by the blood of the Lamb and by the word of their testimony, for they loved not their lives even unto death” (v. 11). The reason Satan’s accusations are so effective is that they often have some truth to them. We have transgressed; we are guilty. We deserve condemnation, and Satan knows it!

However, we don’t have to bear the weight of our guilt because the blood of Christ has been shed to cover us! If it hadn’t been shed, we would have no defense. But, if we are not steeped in gospel truths and preach these truths to ourselves every day, then we are liable to listen to Satan’s accusations rather than resting in God’s forgiveness. When that happens, we are no longer a threat to the darkness, and our light has been hidden under a bushel.

Christian, you have been freed from your sin. Christ has taken your condemnation, shame, and guilt. Now you can walk in gospel freedom! When the accusations come, respond by acknowledging your guilt (we don’t have to hide it) yet pleading the blood of Christ that covers us.

Then, go out and fight the dragon and push back the darkness with the good news of the gospel and in the power of the Holy Spirit.

Romans 8:33-34, “Who shall bring any charge against God’s elect? It is God who justifies. Who is to condemn? Christ Jesus is the one who died—more than than that, who was raised—who is at the right hand of God, who indeed is interceding for us.”