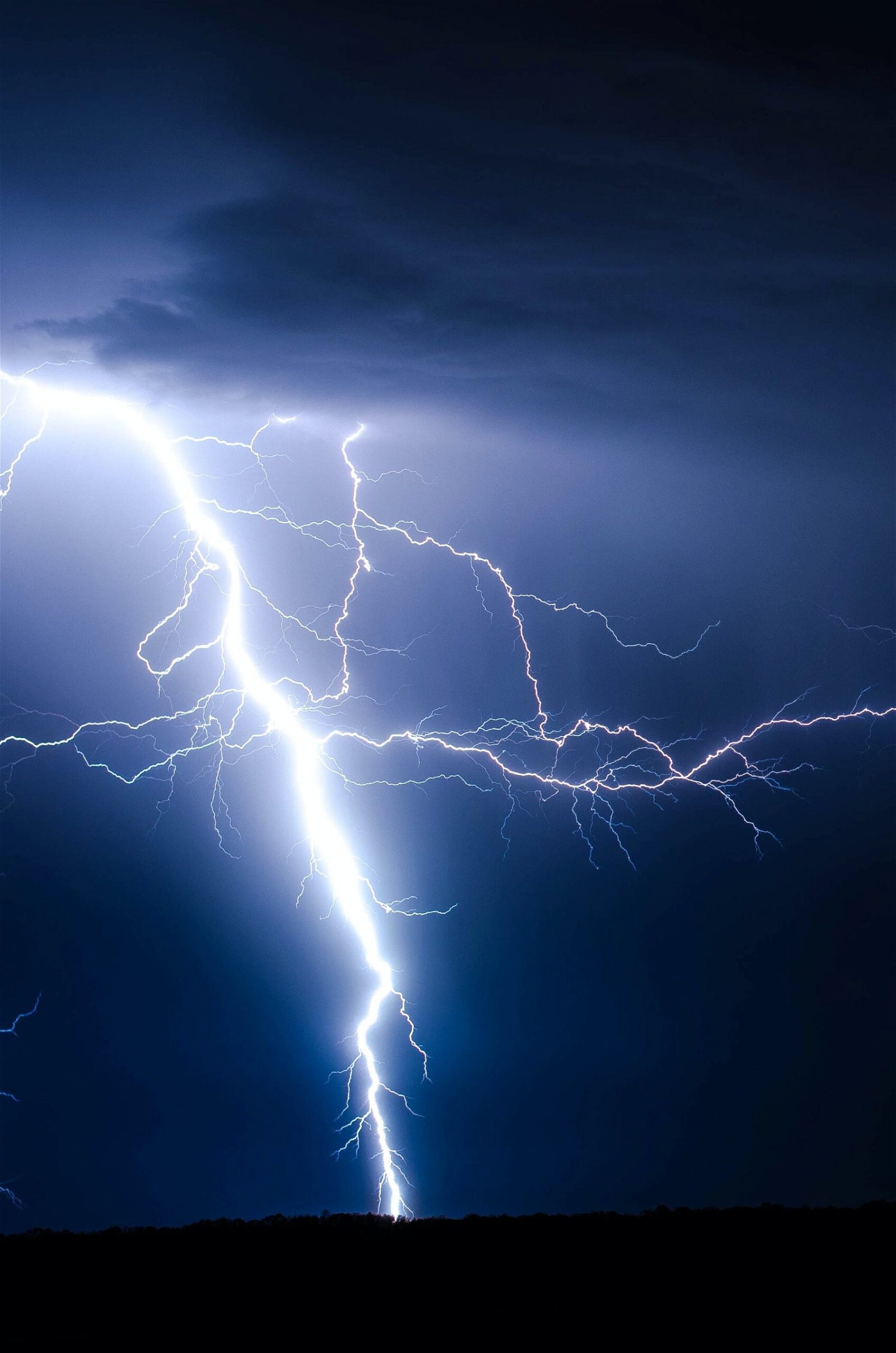 The divine mark of the omnipotent God is indelibly stamped upon the unspeakably vast expense of the universe, and all across the landscapes and oceans of the earth we live on. “The heavens,” wrote the Psalmist David, “declare the glory of God; and the firmament shows His handiwork.” (Psalm 19:1, NKJV). Omnipotence, for those who are unfamiliar with the term, means ‘all-powerful. The omnipotence of God, and the very knowledge of God’s existence, have clearly been etched into the minds and hearts of men and women all around the world, all through human history, through what God has skillfully created: “For since the creation of the world His invisible attributes are clearly seen, being understood by the things that are made, even His eternal power and Godhead, so that they are without excuse…” (Romans 1:20, NKJV).

The Triune God—God the Father, God the Son, God the Holy Spirit—possesses unlimited power to bestow life, to create manifold living and nonliving things, to make dead and to resurrect from the dead. “Behold, I am the LORD, the God of all flesh. Is there anything too hard for Me?” (Jeremiah 32:27, NKJV). God is all-powerful and creates and ordains what He wishes, and none can effectively oppose Him (Daniel 4:35). God even created space, time, and matter out of literally nothing, as we discover in the first chapter of Genesis! And just as the servant is not greater than the Master (John 13:16), the created is not greater than the Creator, neither is any type of matter co-equal with the Triune Godhead.  The Reformed theologian, Herman Bavinck, wrote this many years ago:

“Creation, providence, Israel’s deliverance from Egypt, nature with its laws, the history of Israel with its marvels—all loudly and clearly proclaim the omnipotence of God.  Psalmists and prophets alike constantly revisit these mighty acts to humble the proud and to comfort believers.”

God’s infinitely astounding power is aimed to redeem His people from their sins! The Psalmist David said that God removed sins and transgressions from believers as far as the east is from the west (Psalm 103:12). The angel of the Lord told Joseph, Mary’s husband, that Mary would bring forth a Son named Jesus, who would “save His people from their sins.” (Matthew 1:20-21, NKJV) Christ loved the church and gave Himself—gave up his life on a cross—for her (Ephesians 5:25).

Hebrews 7:27, 9:28, and 10:12 teach that Christ was offered once (and only once!) to bear the sins of many. Christ is not only the Son of God, but He is God the Son, eternally begotten of the Father.[1] One of the reasons that the sacrificial death and atonement of Christ Jesus for sinners is so utterly astounding is because, at the time Christ was crucified, bearing the sins of many, He was dying for people who hadn’t been born yet!  How is that possible?  But God asks us to believe many things in the Bible that are humanly, or scientifically, impossible.

Since the Triune Godhead is infinitely greater than space, time, matter, and energy that we are aware of, He also knows how to overcome and work around those realities. Logic tells us that only an infinite Being can make an infinite sacrifice, and Christ’s sacrifice, and subsequent resurrection, are proof that His eternal plan will prevail. His chosen elect through history will be saved to the end and glorified in Christ. Ultimately, we must have childlike faith in God, and that faith is a gift of God, not of ourselves (Ephesians 2:8).

There are a few things God cannot do, however, and one of those is to sin. He is perfectly incapable of sinning. He has unlimited power within Himself, not to because His various attributes and characteristics are absolutely perfect. “God is light and in Him is no darkness at all” (1 John 1:5, NKJV). “God cannot be tempted by evil, nor does He Himself tempt anyone” (James 1:13). Also, God cannot lie or repent of His holy actions (Numbers 23:19). Finally, God does not change his very essence and nature: “Jesus Christ is the same yesterday, today and forever” (Hebrews 13:8, NKJV).

Returning now to the subject of God’s omnipotence in creation, we read this from Chapter I, Section I of the Westminster Confession of Faith of 1647:

“Although the light of nature and the works of creation and providence do so far manifest the goodness, wisdom, and power of God, as to leave men unexcusable; yet are they not sufficient to give that knowledge of God and of His will, which is necessary unto salvation. Therefore it pleased the Lord, at sundry times, and in divers manners, to reveal Himself, and to declare that His will unto His Church; and afterwards, for the better preserving and propagating of the truth, and for the more sure establishment and comfort of the Church against the corruption of the flesh, and the malice of Satan and of the world, to commit the same wholly unto writing: which maketh the Holy Scripture to be most necessary; those former ways of God’s revealing His will unto His people being now ceased.”[i]

Another way of phrasing that excerpt is this: although the manifold works of creation point clearly to the existence of God, God’s holy will for saving His people from their sins, sanctifying them through life by the work of the Holy Spirit, and ultimately bringing His people to glory, cannot be properly discerned through nature alone. The only way is through the light of the 66 canonical books of what we call the Bible, God’s Holy Word.

But what about the confusion and chaos that is happening now in 2020, something that has descended upon the country?  People who don’t toe the line precisely as other leftist ideologues do are verbally harassed, ‘canceled,’ and even physically attacked on occasion for their ‘heresies.’

Our American institutions, the Founding Fathers of our country, and our very form of constitutional government are being maligned and dishonored by many of the younger generations. I even read this morning of a church in New York City, which at the time was holding services, being harassed by Marxist activists, so don’t think that Christians and church buildings will be exempt from attacks by this enemy.  Then, of course, ‘woke’ theology, which has penetrated the walls of the church, is now an ever-present threat to the true church of the living God as well. You may ask, “Where is God through all of this?  If He is all-powerful, why does He allow these things to occur to us and our land? What are we supposed to do? Has God totally abandoned us?”

There are many possible answers; it could be part of a greater judgment of God, because the people of America have collectively turned their backs upon Him; it could be the beginning of a period of severe chastisement of God’s people to make them more faithful and spiritually stronger, and cull out some of the false Christians from the flock. Ultimately, God knows all things far better than we can and has some great purpose or purposes for what we are going through at this point in history.  The all-knowing that God possesses a very important characteristic called omniscience.

No matter what, we have to have constant trust in our Heavenly Father. We know that He is all-powerful, at all times (even when it seems, to human reason, that He is absent). He will take His elect through the fire of the wrath of the world, just like God took those three faithful believers in Him in the book of Daniel who were thrown into the furnace by King Nebuchadnezzar, yet emerged unharmed.  The Lord Jesus Christ, as is written in Deuteronomy 31:8 and Hebrews 13:5, will never leave or abandon His people, and He will be an ever-present and all-powerful help to His people—and to all who call upon the name of the Lord for salvation–at all times.

[i] Chapter II, Section III of the 1647 Westminster Confession of Faith.

I’m a Reformed Christian who plans to attend Graham Bible College in Bristol, TN this Fall. I was saved by God’s sovereign grace back in 1994. I enjoy books, dark chocolate and cats, in that order.  I’m a big fan of writings by R.C. Sproul, John Calvin, Ulrich Zwingli, John Flavel, John Owen, Martin Luther, Herman Bavinck, and a lesser-known Reformed theologian named Petrus Van Mastricht, among others.