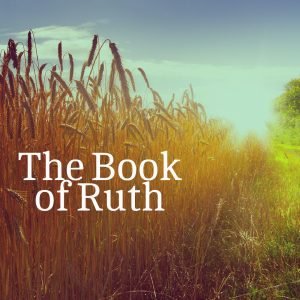 We will take a quick break from examining the book of Ruth to discuss an important topic, namely that of the Kinsman Redeemer which plays not only an important part in the story of Ruth, but more importantly, in the message of the gospel itself.

We find the term kinsman redeemer in Ruth 2:20:

Na‘omi said to her daughter-in-law, “May he be blessed by Adonai, who has never stopped showing grace, neither to the living nor to the dead.” Na‘omi also told her, “The man is closely related to us; he’s one of our redeeming kinsmen.” (CJB)

Some translations use the phrase “close relative” or “next kinsman.” The Hebrew word is ga’al, a verb that means “to redeem, act as kinsman-redeemer, avenge, revenge, ransom, do the part of a kinsman.” It is interesting that when Na’omi described Bo’az as the redeeming kinsman, it was not a description using a noun or adjective but rather a verb, denoting the act of redeeming inherent in the concept of the kinsman-redeemer.

So what exactly was the function of the kinsman redeemer and why was it such a big deal for Ruth to have encountered Bo’az who apparently had the ability to do something of a redeeming nature on behalf of both Na’omi and Ruth? The Jewish Encyclopedia notes about the term go’el, a form of the word ga’al:

“Any rights possessed by a man which lapsed through his inability to perform the duties attached to such rights, could be and should be resumed by the next of kin. This applied especially to parcels of land which any Israelite found it necessary to sell. This his go’el, or kinsman, had to redeem (Lev. xxv. 25). From the leading case of Jeremiah’s purchase of his cousin Hananeel’s property in Anathoth (Jer. xxxii. 8-12) it would appear that in later Israel at any rate this injunction was taken to mean that a kinsman had the right of preemption. Similarly, in the Book of Ruth the next of kin was called upon to purchase a parcel of land formerly belonging to Elimelech (Ruth iv. 3). It would appear from the same example that another duty of the go’el was to raise offspring for his kinsman if he happened to die without any (ib. 5). This would seem to be an extension of the principle of the Levirate Marriage; hence the procedure of “ḥaliẓah” was gone through in the case of Naomi’s go’el, just as if he had been her brother-in-law. The relative nearness of kin is not very definitely determined in the Old Testament. The brother appears to be the nearest of all, after whom comes the uncle or uncle’s son (Lev. xxv. 49).

Another duty of the go’el was to redeem his kinsman from slavery if sold to a stranger or sojourner (Lev. xxv. 47-55). In both cases much depended upon the nearness or remoteness of the year of jubilee, which would automatically release either the land or the person of the kinsman from subjection to another.” [1]

The idea of the kinsman redeemer is found in Leviticus 25:25 where God stated: “if one of you becomes poor and sells some of his property, his next-of-kin can come and buy back what his relative sold.” This command allowed the family name, property, and family line to continue should something as what took place in the life of Na’omi happen, namely the loss of a husband and sons thus removing the ability for protection, provision, and progeny that came as a result of such a loss.

L Hubbard, in his excellent article on the topic of the kinsman-redeemer, shares the following thoughts on how Ruth reveals this concept:

“As with Leviticus 25, go’el responds to desperate human need—a bitter widow facing old age alone and, worse, a permanent breach in tribal solidarity. Significantly, however, the book understands the basis of that redemption to be a cosmic one, the universal idea of hesed. The implication is that, in the book of Ruth, the Israelite institution implements that larger ideal. Specifically, the human go’el is the means whereby Yahweh, the Great Kinsman, achieves his purposes. On stage, Ruth and Boaz faithfully live the lifestyle of hesed. Backstage, however, behind them, moves the Great go’el, pained by famine, death, and old age, gently acting to alleviate them. His broad, powerful wings protect those, like Boaz and Ruth, who please him.”[9]

“The aim of the levirate marriage was ‘to raise children for the dead.’ In this way a man was given a kind of continuing life through his sons. The name of the dead is restored to his inheritance through the fact that the property becomes the property of the child of the widow who is married, rather than becoming the personal asset of the one who acquires the property on behalf of the dead husband. In other words, the property would not belong to the closest relative, but to the son of the widow. Furthermore, the son would be regarded as the son of the widow’s deceased husband rather than as the son who had redeemed the property and married the widow. By fulfilling the responsibility of the closest kin, a person would in essence be diminishing his own property right and estate, and thus depriving his other children of a portion of their inheritance.”[10]

Once again we find the underlying theme of God’s hesed, His covenant faithfulness, running through the Book of Ruth. Bo’az demonstrated hesed by becoming the kinsman-redeemer for Na’omi and Ruth. With that said, as noted earlier, God has been working all along in the story of Ruth to demonstrate His faithfulness. When the story seems most desperate, God steps in and fulfills His eternal plan of redemption, in this case through Bo’az and the kinsman-redeemer concept.

Perhaps God’s plans through the hesed of Bo’az being the kinsman-redeemer are best understood and observed if we fast forward in the storyline of Scripture just a bit to note the progeny of Bo’az and Ruth. Ruth 4:17-22 states:

Notice that last individual named in this brief genealogy. It is King David. Matthew 1:17 notes another important figure from the line of David:

Through the line of David came the Messiah, our true Kinsman-Redeemer, Jesus Christ. This idea of redemption flows throughout Scripture and the hesed demonstrated by God through Bo’az in the Book of Ruth is just another stop along the way of the scarlet thread of redemption that ultimately reveals itself in the most powerful way at the cross of Christ. We have redemption from the complete disaster that is sin and death. We have an eternal future and hope through the work of Christ on the cross. The issues faced by Na’omi and Ruth, namely the lack of a future and hope, are a small microcosm of the issues sinful humanity faces without Christ, the kinsman-redeemer.

May we declare in the words of Na’omi, namely “May he be blessed by Adonai, who has never stopped showing grace.” We have been shown grace through the blood of Christ, our kinsman-redeemer who has saved us from death and brought us eternal life.

In this post, we will work our way through Ruth 4:16-22. We will be utilizing the Complete Jewish Bible translation unless otherwise noted. Ruth 4:16-22, “16 Na'omi took the child, laid it on her breast and became its nurse. 17 The women who were her neighbors gave it...

In this post, we will work our way through Ruth 3:6-9. We will be utilizing the Complete Jewish Bible translation unless otherwise noted. Ruth 3:6-9, “6 She went down to the threshing-floor and did everything as her mother-in-law had instructed her. 7 After Bo'az was...