As the calmness of the inland lake, reflecting the beauty of the rising sun, follows the turbulence of warring winds and tempestuous billows, so, in principle, “the peace of Christ” (Col. 3:15) had displaced the restlessness which formerly characterized the Colossians when they lived apart from Christ as described in Colossians 3:5-9. For beauty of style and direct appeal to the heart, the present situation is unsurpassed. The same can be said about its practical value. If the Colossians will only live the life that is portrayed in such a graphic and yet simple manner in these few lines, their problems will be solved. The problems can only be solved by the strength imparted by God through the means of complete reliance on the sustaining power of His sovereign, transforming grace, will they be able to heed the directions given in Colossians 3:12-17.

Paul (Colossians 3:12-17) calls the Colossians to a holy lifestyle, consistent with their new identity as sons and daughters of God. As God’s chosen ones, these people are holy, that is, “set apart” for the Lord and for his work.[1] The phrase “then”, in Colossians 3:12, means that in view of what God has done through Jesus Christ for the believer, Paul described the behavior and attitude God expects in response in Colossians 3:12-17. Believers have been chosen by God and stand before him as his beloved holy ones. The phrase “God’s chosen” in Colossians 3:12 designates Christian’s as those who have been chosen by God. No one is converted solely by his or her own choice, but only in response to God’s effectual, free, uninfluenced, and sovereign grace.

The phrase “beloved” refers to the fact that election means believers are the objects of God’s incomprehensible special love (John 13:1; Eph. 1:4-5). “Compassionate hearts: is a Hebraism that connotes the internal organs of the human body and is used figuratively to describe the seat of emotions. “Kindness” refers to a goodness towards others that pervades the entire person, mellowing out all harsh parts. “Humility” is the perfect antidote to the self-love that poisons human relationships. “Meekness” is the willingness to suffer injury or insult rather than to inflict such hurts. “Patience” is the opposite of quick anger, resentment, or revenge , and thus epitomizes Jesus Christ. It endures injustice and troublesome circumstances with hope for coming relief.

The phrase “bearing with one another” in Colossians 3:12 does not mean that Christians are to tolerate false teaching, but that believers should be tolerant of one another. The phrase “as the Lord has forgiven” in Colossians 3:13 means that because Christ is the model of forgiveness and has forgiven all of the believers sin’s totally (Col. 1:14), believers must be willing to forgive others. Perfect harmony is possible for believers in Christ, because supernatural love is poured into the hearts of believers and is the adhesive of the church.

The phrase “the word of Christ” refers to the teaching about Christ as well as the words of Christ himself, which were parts of the oral traditions passed on to believers in the early years after Christ ascended to heaven before the Gospels had been written. Psalms and hymns and spiritual songs is one means of teaching and admonishing. Corporate worship has a teaching function through the lyrics of its songs. This was especially important in the oral culture of Paul’s day. The phrase “do everything in the name of the Lord Jesus” means to act consistently with who He is and what He wants (1 Cor. 10:31).

The first mark is “whatever you do” in Colossians 3:17 is general, in contrast with the many specific rules and regulations which false teachers were trying to impose on the Colossians (Co. 2:16-23). Paul simply enunciates a comprehensive principle, and permits believers to work it out themselves in perfect freedom. Calvin comments that the believers aims ought to be set with the invocation of Christ and be subservient to his glory.[2] The second mark is the Spirit (the Spirit-indwelt believer) operates in connection with the Word, that is, the revelation of the Lord Jesus Christ. Man is free only when he/she abides in Christ. Let him/her therefore always ask her/himself, “What shall I do, Lord?” (Acts 22:10). Let him/her diligently and prayerfully study the Scriptures. The final mark is the sovereignty or pre-eminence of the Lord Jesus in relation to the entire universe with all its events and in relation to the believer himself should be joyfully acknowledged. Therefore, he/she should do everything “in the name of the Lord Jesus.”

By accepting the counsel which Paul offers in Colossians 3:1-17, the Colossians will not only win victory upon victory in their battle with “the flesh” (2:23; 3:5-9), but will live a life of usefulness for the edification of the church and the benefit of their fellow men, to the glory of God. Let them accordingly be consistent, having been “raised with Christ”. Let them seek the things that are above, not those that are upon the earth, for their life “is hid with Christ in God.” It was heaven that gave them birth, for they were born from above. Their names are inscribed in heaven’s register. Their rights are secured in heaven; their interests are being promoted in heaven. Since they belong to heaven, let their lives be governed according to heavenly standards, and to heaven let their thoughts and prayers ascend, and their hopes aspire. Let them seek to obtain for themselves those heavenly gifts mentioned in verses 12-17. And since Christ “in them” is “the hope of glory” (Col. 1:27), it must be true that when Christ (who is) “our life” is manifested, then they too “will be manifested with him in glory.”

A radical break with former vices is therefore in order;tThese must be in fact be “put to death,” once and for all they must be “laid aside.” Since at their baptism the Colossians had publicly repudiated the old man with his evil deeds and had put on the new man, let them therefore now continue to do in practice what they had already done in principle. The Creator of the new man will enable them to do this, and this applies to all true believers. Here every class-distinction disappears completely, for Christ is “all and in all.”

In order to bid defiance to the forces of evil let them, however, not concentrate on evil. Let vice be conquered with virtue. Let evil be overcome with good. Let them therefore, having accepted Christ as their Lord and Savior, become imitators of him, so that all his marvelous virtues—a heart of compassion, kindness, lowliness, and above all love—may also be seen in them. Thus, they will be welded into a strong, spiritual unity. Let them be so filled with joy and gratitude as to pour forth their hearts in jubilation, singing not only the psalms of the “sweet singer of Israel”, but also hymns of praise and other spiritual songs.

Paul concludes the paragraph in Colossians 3:12-17 by laying down, not a set of detailed rules and regulations, but a basic principle, “And whatever you do in word or in deed, do all in the name of the Lord Jesus, giving thanks to God the Father through him.” Thus once more as often in this letter, Paul is directing the minds and hearts of the addressees to the only and all-sufficient Savior Jesus Christ, and via that sovereign Mediator, to God the Father. 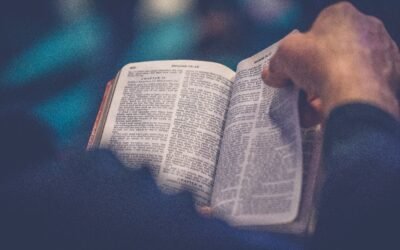