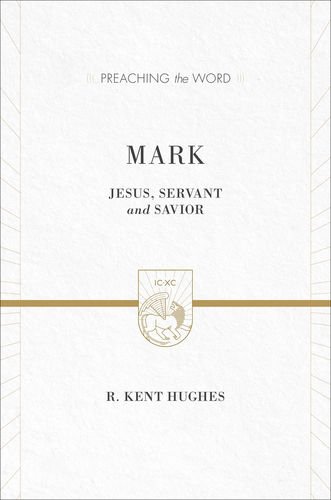 In recent months, I have been doing a bit of purging when it comes to my personal library. After years of accumulating books, many in relation to various classes in both Bible College and Seminary, things had gotten a bit out of hand. Furthermore, the subject matter of my theological interests has changed a bit over the years. Included in the great book purge were quite a few commentary sets. Several of those sets were helpful at the time for a good quote to insert in a research paper or some matter of practical application. With that said, as I reviewed whether to let those sets remain in my library, the answer was no far more often than it was yes.

A commentary set that has remained an important part of my library is the venerable Preaching the Word series from Crossway Books. This recently revamped and relaunched series, while particularly aimed at preachers, is also a series I would highly recommend to the layman audience as well. It is accessible, scholarly when it needs to be without becoming overwhelmed with technical jargon, and most importantly, it relates the truth of Scripture to everyday life.

Recently, I had the pleasure of taking a look at a recent release in this series on the Gospel of Mark authored by R. Kent Hughes. My review of this particular volume was rather fortuitous timing as the Gospel of Mark will shortly be the focus on our homeschool Bible class. Needless to say, I was in need of a valuable resource from which to glean instruction material that would be appropriate for a middle school aged child while still providing an adult audience (namely myself) food for thought as well. The Mark commentary fit both of those needs and more.

The Gospel of Mark is action packed with the word “immediately” being used numerous times. Contained within the action are important matters of theological truth that can be gleaned if we take the time to ask the question why when reading for example John the Baptist declaring his message of repentance or Jesus calming the storm on the Sea of Galilee. Hughes expertly analyzes the Gospel of Mark, interacting with the text in such a way that both explains the context while also digging into those important matters of application.

For instance, in the section on the aforementioned calming of the Sea of Galilee, Hughes saliently comments, “Jesus came in the darkest part of the night when they had exhausted their energies and were in deepest despair. This is how he often comes to us, that we might learn the futility of our own strength and depend upon him. The very waves that distressed them became a path for his feet – so transcending was his power. His feet upon the waves bespoke his familiarity with their plight. He not only sees, but enters the human struggle.”

Such commentary again recognizes the important theological points of the calming of the Sea of Galilee, namely that of Jesus power and authority over creation as God, while also noting to the reader what that means in their everyday life. Jesus is God and Jesus understands and cares for us in the midst of the storms of life and intervenes in the midst of them. Truly such an event speaks of the need for dependence on a sovereign and mighty God, something Hughes picks up on in his commentary and aptly relays to the reader. This is just one of a plethora of examples I could have presented of quality exegesis and helpful application of truth in this commentary. If you are in search of a quality commentary series or in particular a study on the Gospel of Mark, I highly recommend R. Kent Hughes contribution on Mark.