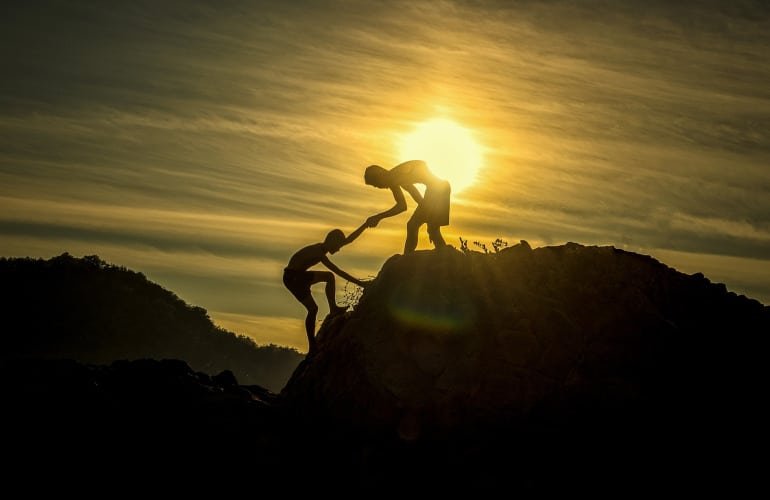 Loving Our Neighbor Through Church Discipline

by James Williams | May 8, 2019 | The Gospel and the Christian Life, Featured

Satan is crafty, and sin is deceptive. The book of Proverbs teaches that “there is a way that seems right to man, but its end is the way to death” (Proverbs 14:12, 16:25). Like putting makeup on a pig, sin disguises itself, so we don’t see its true nature. It slowly lures us to its desired end while making sure the dark path looks clean and pretty. As far as we can tell, everything looks right so we continue moving forward not realizing the trap is laid, and we will soon be caught.

The blinding nature of sin is one of the many reasons God has given us the local church. As we do life together, we must look out for our brothers and sisters in the Lord. Someone may not be able to see the trap ahead, but it’s clear to those around them. Do we love them enough to warn them?

We continue looking at marks of a healthy church that are seldom emphasized today. Using 9 Marks of a Healthy Church as our guide, we’ve examined expository preaching, biblical theology, the gospel, a Biblical understanding of conversion, evangelism, and the value of church membership. Today, we’ll look at the next mark: biblical church discipline.

What is Church Discipline?

We must begin with the basic understanding that we all need discipline. None of us are perfect, and all of us have weaknesses, struggles, and blind spots. We tend to think of discipline purely in a negative matter, such as correcting wrong behavior. However, there is also a positive aspect of discipline that is typically called “formative discipline” (169). To use parenting, as an illustration, I must correct my children’s behavior when they sin through discipline; but, more of my time is spent teaching and forming them before they make mistakes. I don’t just wait until my son punches his brother before I teach him about kindness, I try to get him to see the importance of kindness before that moment comes to prepare him to make the best decision. In the church, this formative discipline is something we all need, and it comes through the preaching and teaching of God’s Word, prayer, personal discipleship, reading, accountability, etc.

While formative discipline can prevent some sinful mistakes, due to our sinful nature, it won’t prevent them all. The good news of the gospel is that Christ has paid the penalty for our sin. “There is therefore now no condemnation for those who are in Christ Jesus” (Romans 8:1). If we confess our sins, the Bible teaches he is faithful and just to forgive us our sins and cleanse us from all unrighteousness (1 John 1:9). A believer who has been convicted by the Holy Spirit and broken over their sin will confess and repent. We confess our sin, then repent by turning from that sin completely. Jesus forgives the woman caught in adultery but tells her to “go and sin no more” (John 8). We never use God’s grace as a reason to continue in our sin (Romans 6:1-2).

This is where the church needs to do what God has called her to do. God gives us each other to fight for one other’s holiness. Our individualistic society says we can do it on our own, and we don’t need others, but God’s word tells us that we do need each other. Confrontation isn’t easy, and it never feels good, but it is the way of love. This seems to be a theme in Proverbs 27: “Better is open rebuke than hidden love. Wounds from a friend can be trusted, but an enemy multiplies kisses” (Proverbs 27:5-6). “Iron sharpens iron, and one man sharpens another” (Proverbs 27:17). The most loving thing I can do to a brother or sister in unrepentant sin is to confront it. It might wound them, but it is for their good and wounds from a friend can be trusted. It is the enemy who continues to flatter.

Where Is Church Discipline in the Bible?

Does the Bible command us to be in each other’s lives this way? Shouldn’t we all just mind our own business? There are several places in Scripture where the Lord makes clear the need for church discipline:

It’s clear that God cares about the holiness of his church and there is action required if someone persists in their sin. Some will try to argue that confronting sin is unloving or judgmental. However, Scripture tells us to do so in the case of unrepentant sin. It can be the most loving thing we can do to someone going down a dark and dangerous path. The goal isn’t to condemn or punish, but rather to restore and heal that person by getting them to see their need for repentance. James 5:19-20 says, “If anyone among you wanders from the truth and someone brings him back, let him know that whoever brings back a sinner from his wandering will save his soul from death and will cover a multitude of sins.”

Let us not call judgmental what the Lord calls loving. Let us not call harsh what the Lord says is needed. Let us not be so driven by numbers that we quietly sweep sin under the rug. May God’s church always be ready and willing to do what it takes to turn a sinner from the error of his way for his good, the good of the church, and the glory of God!